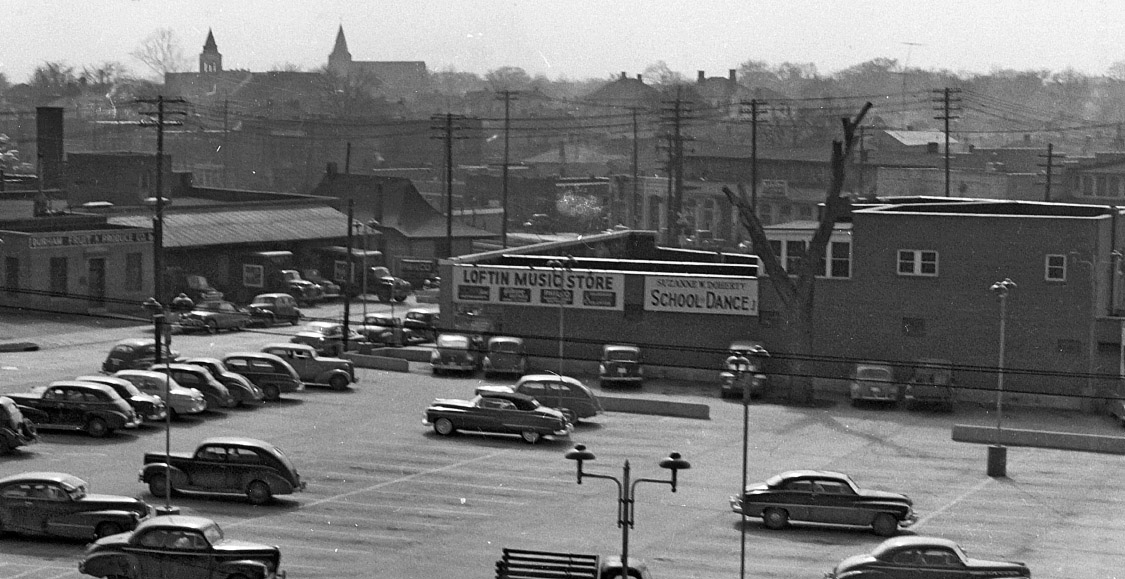 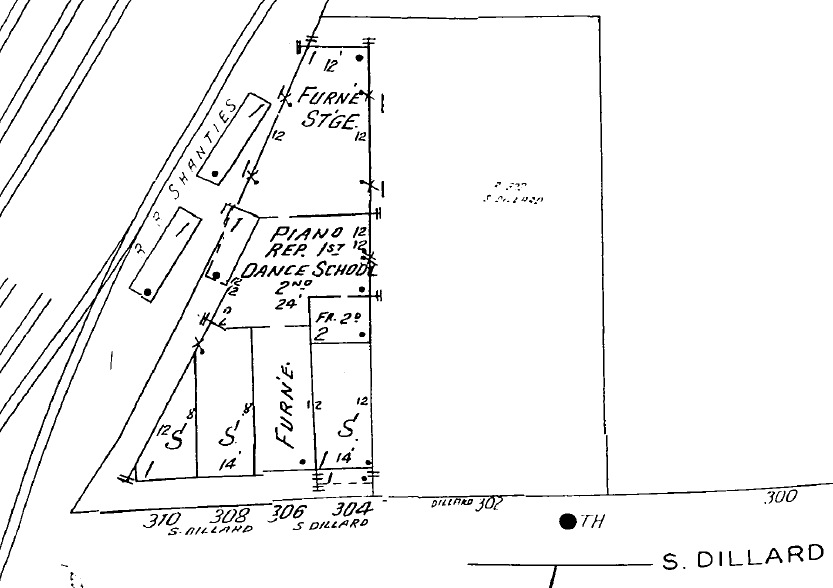 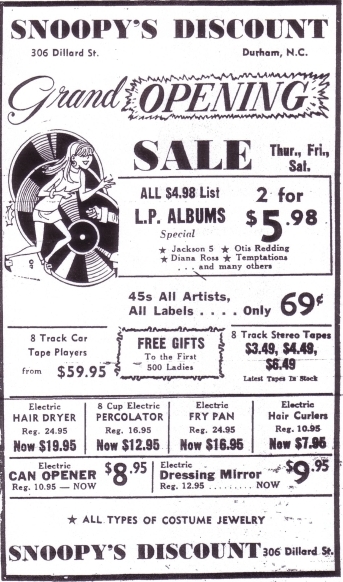 Davis penned a great article about African-American-owned record stores in the 1960s and 1970s, which was published in Southern Cultures, Winter 2011. The focus is on North Carolina, and interviewees of Davis recalled Snoopy's fondly:

"Records is a market that can be used to brighten the future of lots of black people with jobs and higher prestige all over the country,” Jimmy Liggins announced in 1976 to the readers of the Carolina Times, Durham, North Carolina’s most prominent African American newspaper. Liggins, a minor rhythm and blues star of the 1950s, was publicizing his Duplex National Black Gold Record Pool, headquartered in Durham, which sought to “help and assist black people to own and sell the music and talent blacks produce.” With the aid of this “self helping program,” aspiring hit-makers could record and release music that Black Gold sold through mail order and at Liggins’s shop, Snoopy’s Records, in downtown Durham.

Kenny Mann vividly recalls his frequent trips to Snoopy’s as a teenager in the late 1960s and early 1970s. Liggins “was like a god” to Mann and other young customers who patronized the store. “Everybody knew” Liggins and his two business partners, Henry Bates and Paul Truitt. “These guys, I was listening to them talk about bringing Tyrone Davis and Johnny Taylor and Al Green to town . . . It was fun to go [to their store] because it felt like the place to be; there were girls in there, and I was twelve, thirteen years old.” Not only that, but Mann “never felt the pressure to buy something” like he did in stores in his hometown of Chapel Hill, where white shopkeepers frequently followed young African American shoppers around their businesses, suspecting they might shoplift. “They had a double standard,” Mann remembers. Chapel Hill “really was set up as if they didn’t want to do business with us black people.” In sharp contrast, Liggins envisioned Snoopy’s as “our mall”— a “hang out” where black consumers could buy black music in a record store owned and operated by African Americans. Black-owned record stores like Snoopy’s rep- resented a crucial nexus where African American enterprise, consumer culture, community, and of course, music all met. And by the early 1970s, Liggins was booking and promoting shows for Mann’s band, which eventually became Liquid Pleasure, the popular Chapel Hill-based funk and soul outfit still active today.