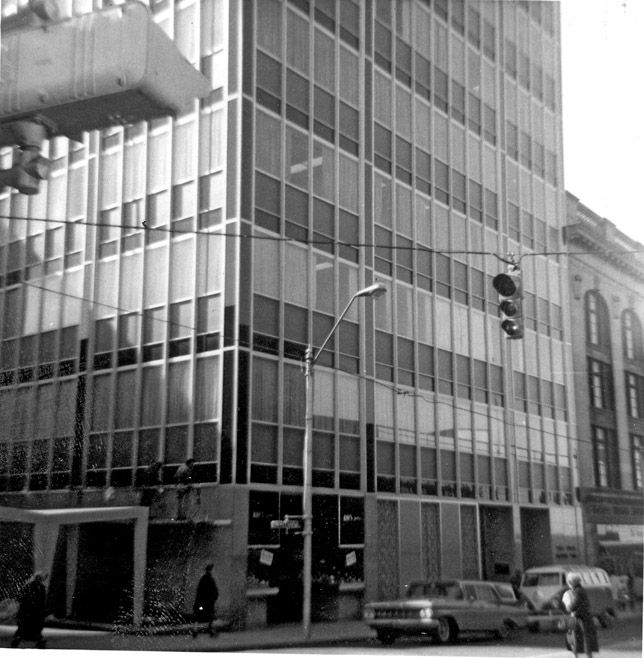 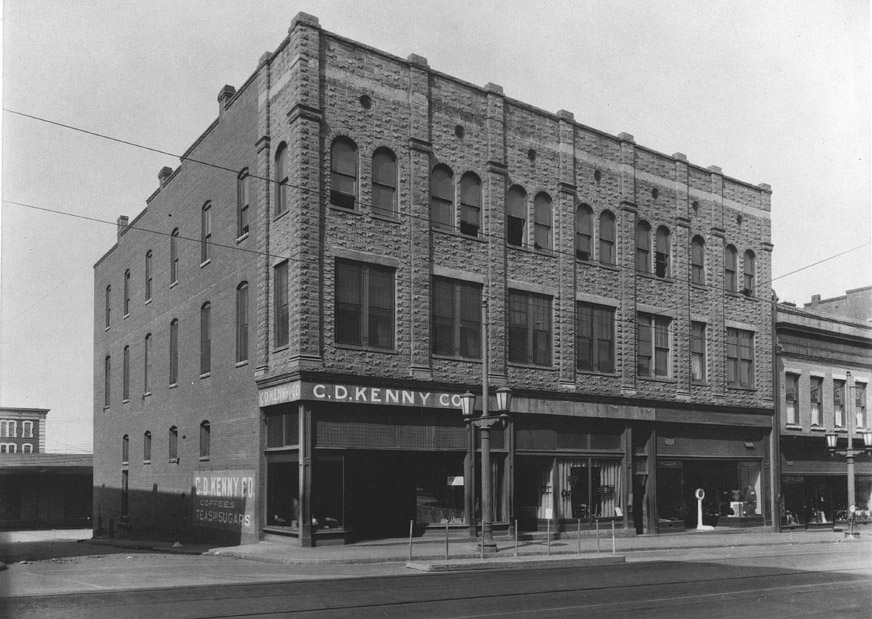 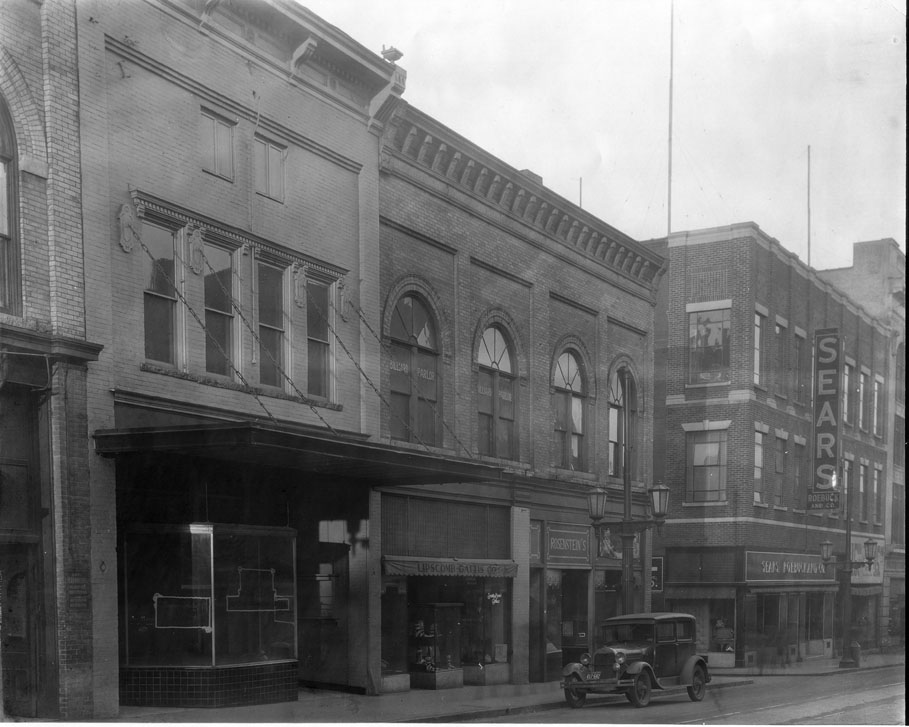 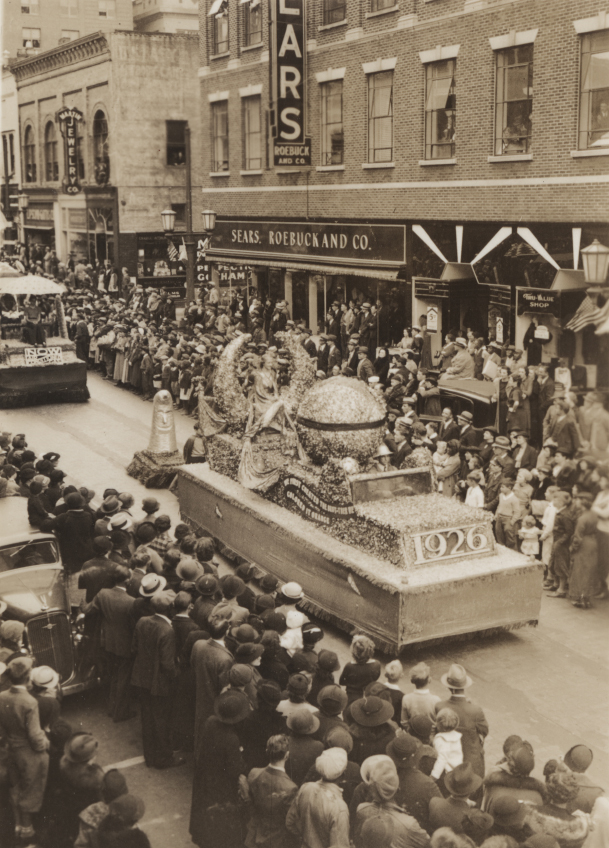 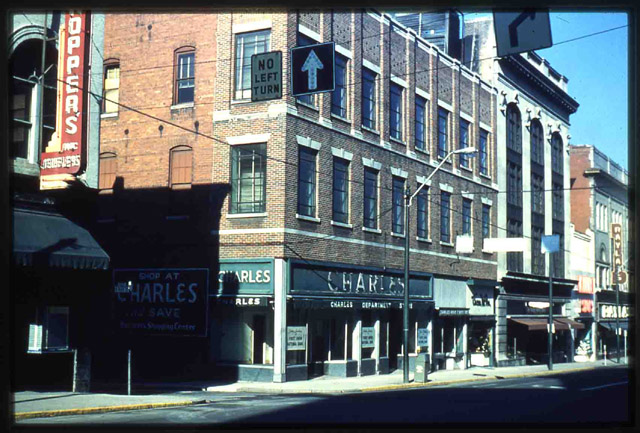 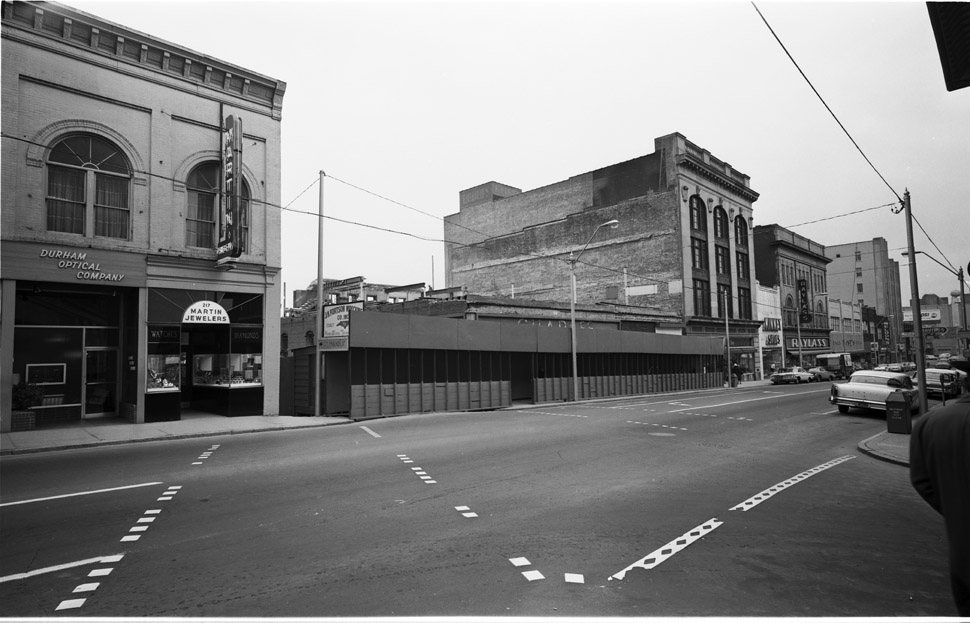 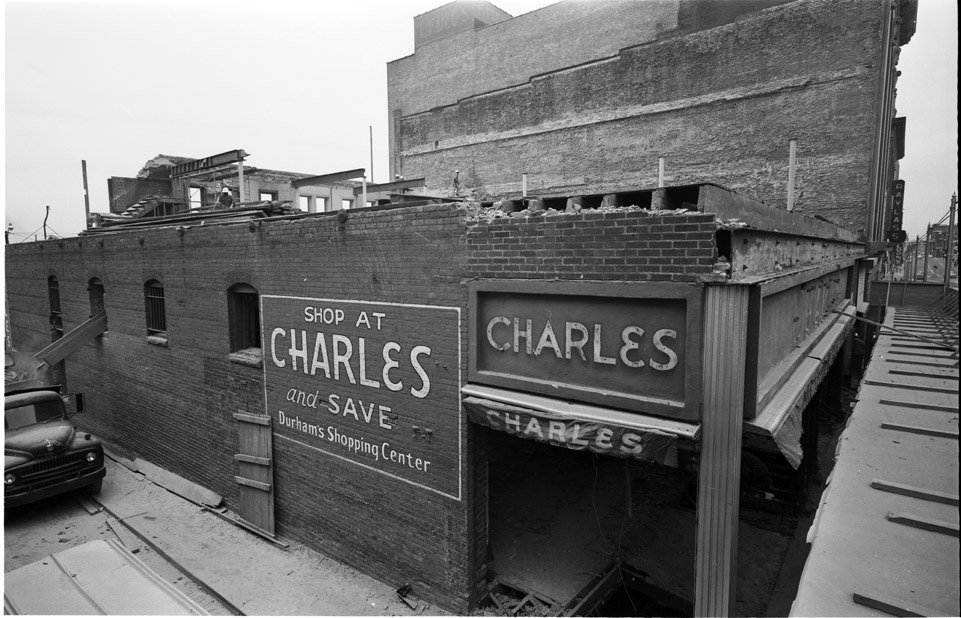 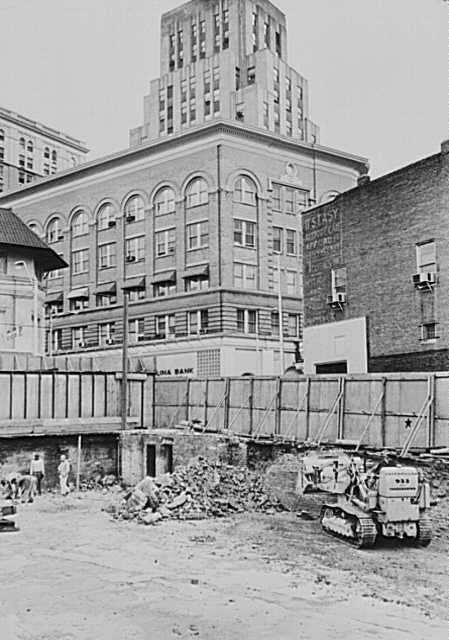 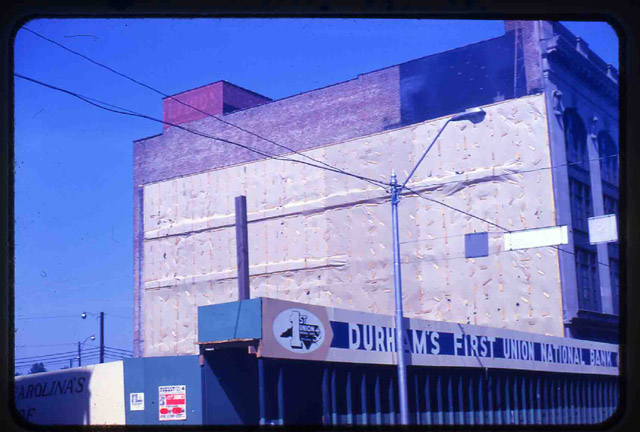 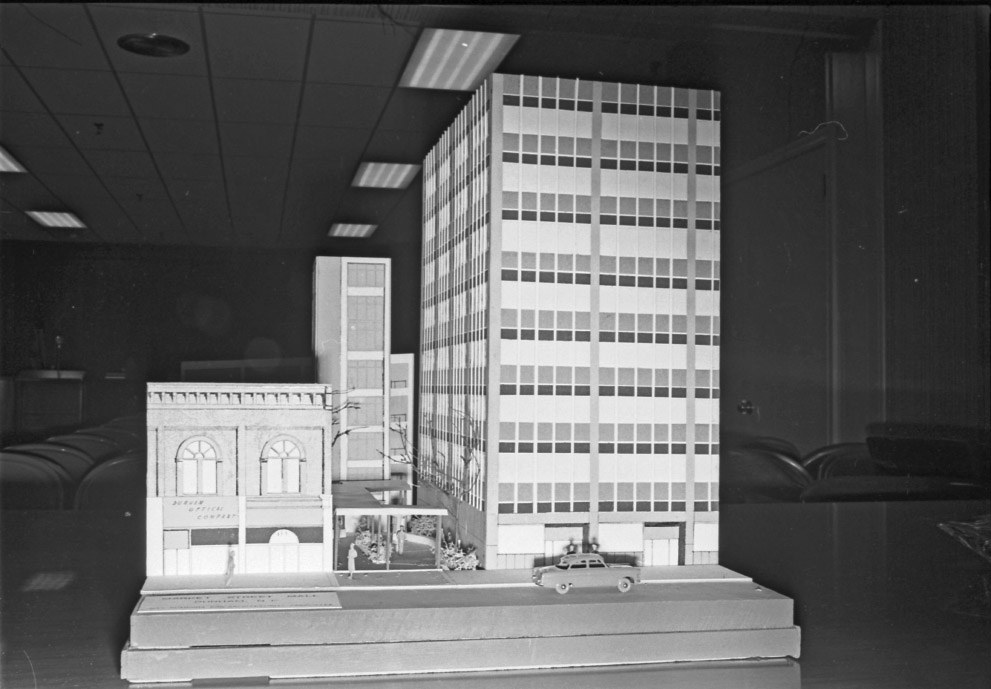 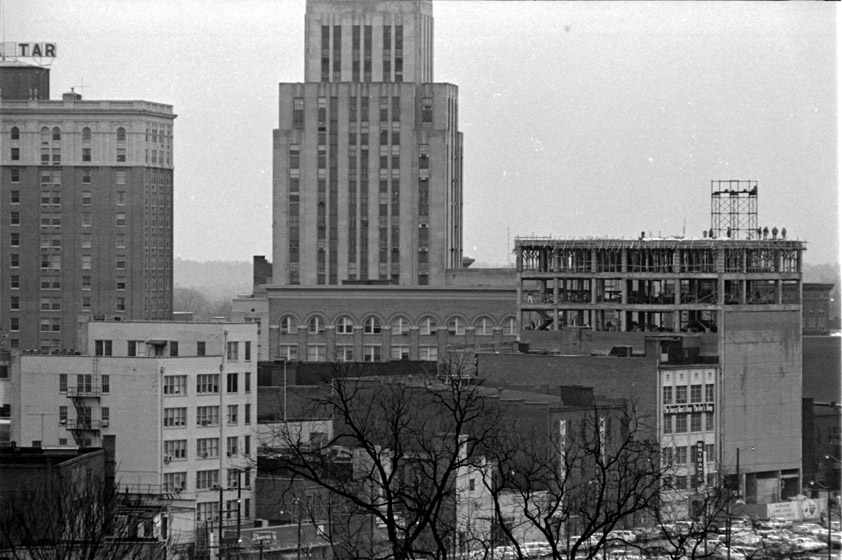 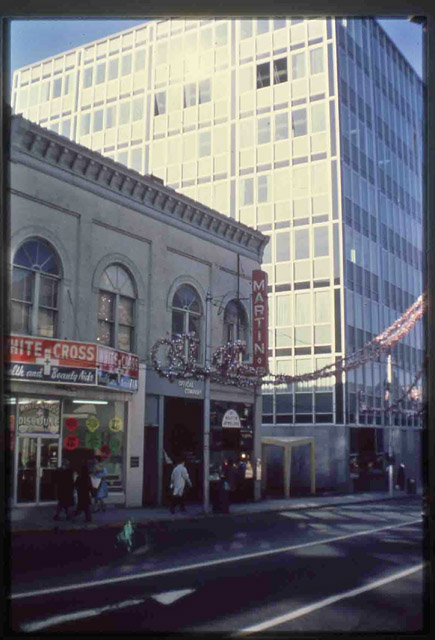 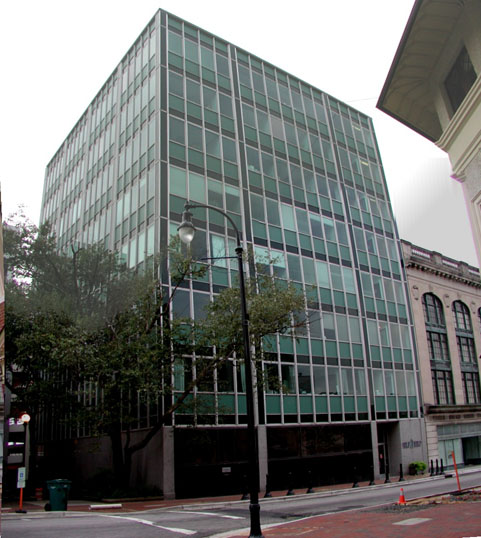 The building in 2006, owned by Self-Help Credit Union (Gary Kueber)

I agree with you about this

I agree with you about this building -- it doesn't fit as well into the streetscape as what it replaced, but it's not bad.  Could have been much worse.  It creates a nice little urban oasis there under the trees

Thanks as always for the pictures, Gary.  I love that float from 1926 -- but the wierd little smiley figure just behind it (the one that looks like a cross between a moon, a klansman and an Easter Island figure) is just freaky.