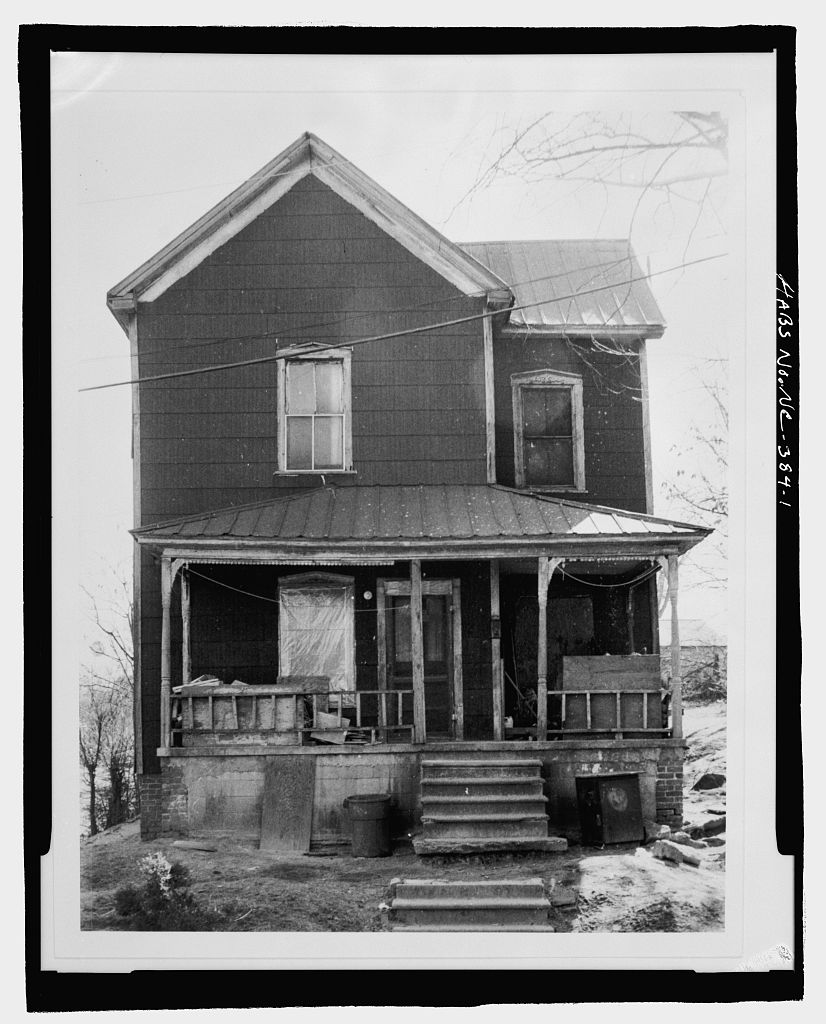 According to the 1980 survey done by Durham Tech's Historic Preservation Technology class, An Inventory of the Edgemont and East Durham Textile Mill Village (available online at archive.org):

One of a group of pre-1907 dwelling [sic] on Sloan (formerly Short) and Elm Streets built in vigorous vernacular Victorian styles, these houses probably were built by Durham Hosiery Mills for the white collar employees.

That this and surrounding structures were built by 1907 is confirmed by fire insurance maps that show homes adjacent to the factory in the Edgemont neighborhood: 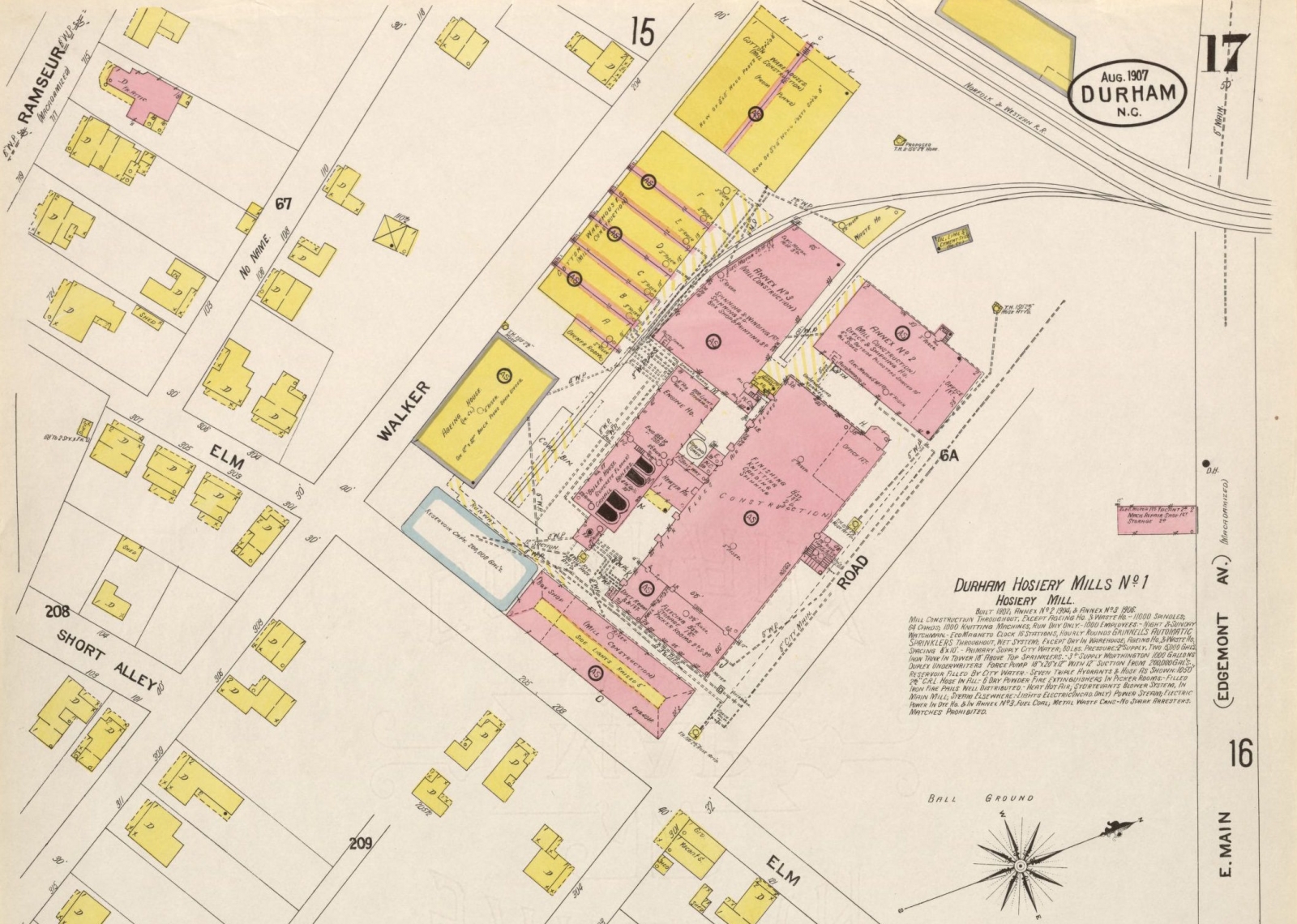 301 Sloan was then 101 Short Alley, at the corner of Walker near the bottom left.  Like several of the remaining mill houses in the immediate vicinity, this building appears to have been demolished around 1990 to make way for construction of the Edgemont Elms Townhomes.