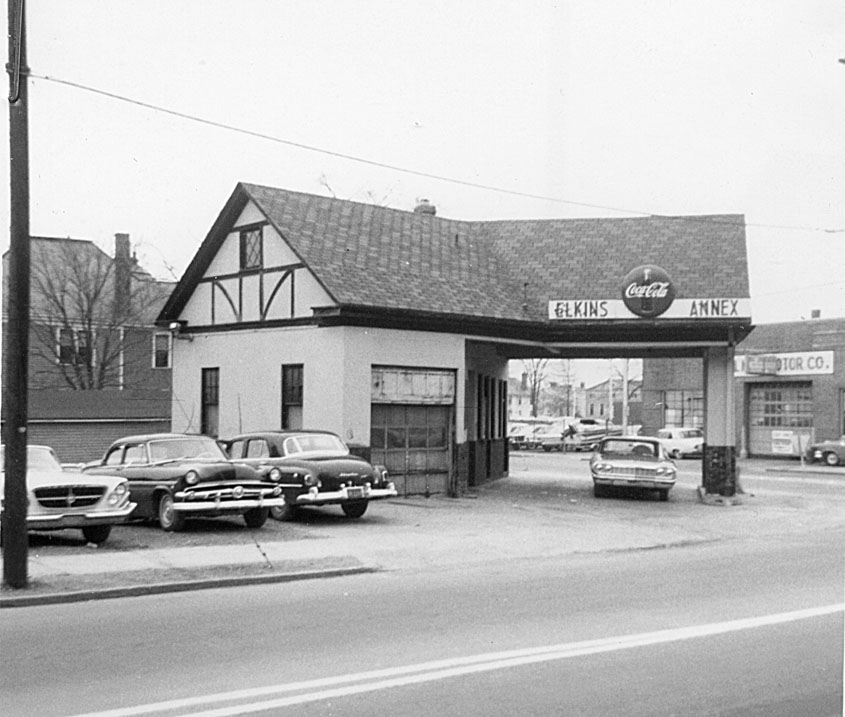 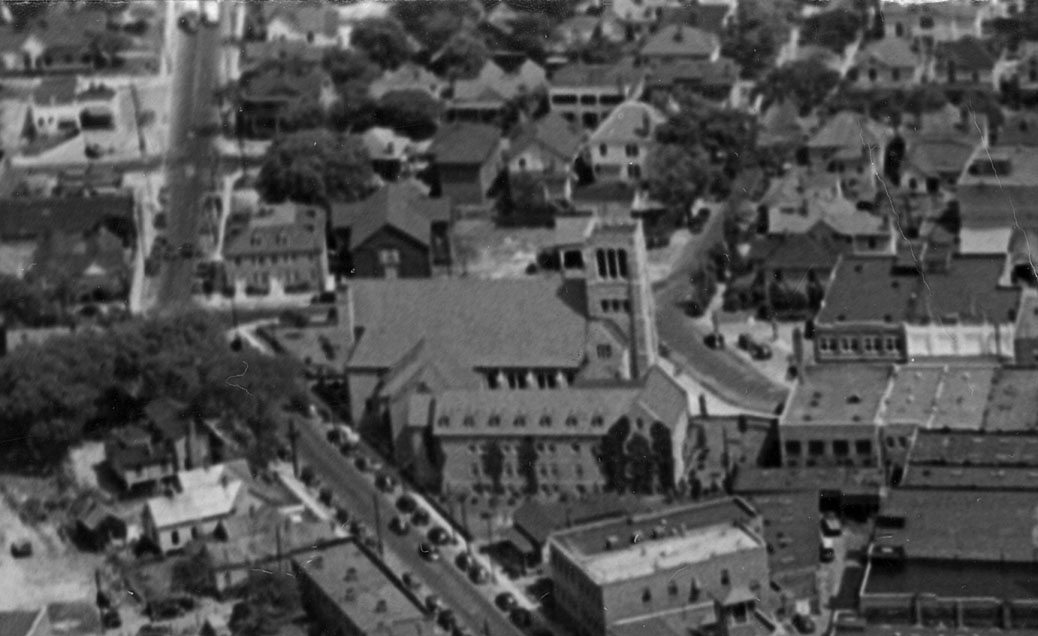 The intersection of Liberty/Cleveland/Church Sts. formed an interesting intersection - sort of an 'inverted Y'. This area was a mix of neighborhood commercial, apartment buildings, and single family residencies - a transition area to the more tightly residential East End / Cleveland-Holloway neighborhood to the east and north. 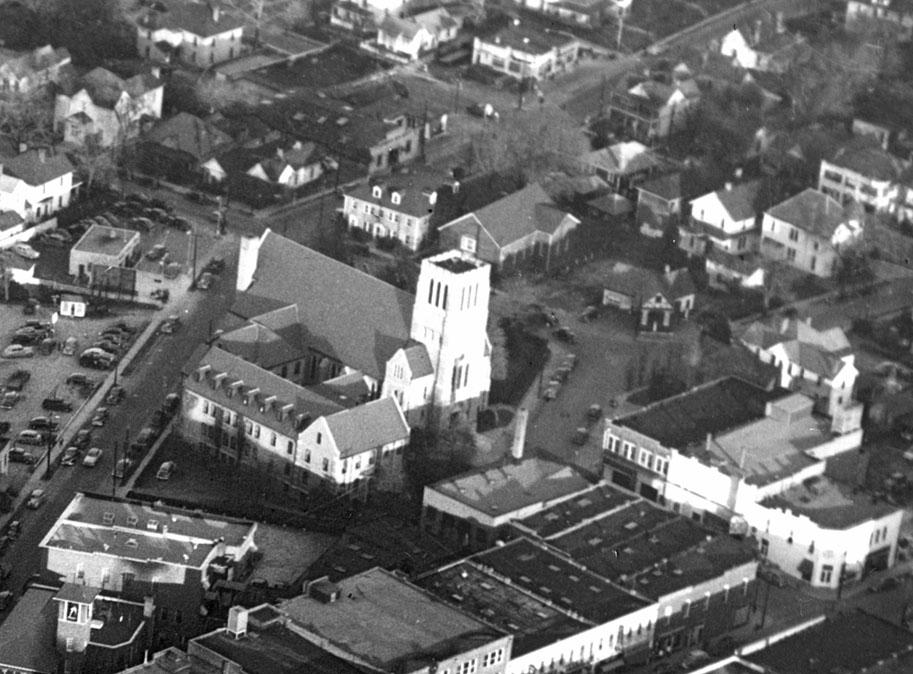 On the block of Cleveland St. facing the side of the church was a service station, which appears to have been built sometime between 1924 and 1938.

Just to the north of that was an apparent institutional structure. On the north end of the block (the southeast corner of Holloway and Cleveland) were the Boone Apartments, in a brick colonial revival apartment building.

While the service station was taken via urban renewal, the apartments were not. However, the building burned badly in 1969. 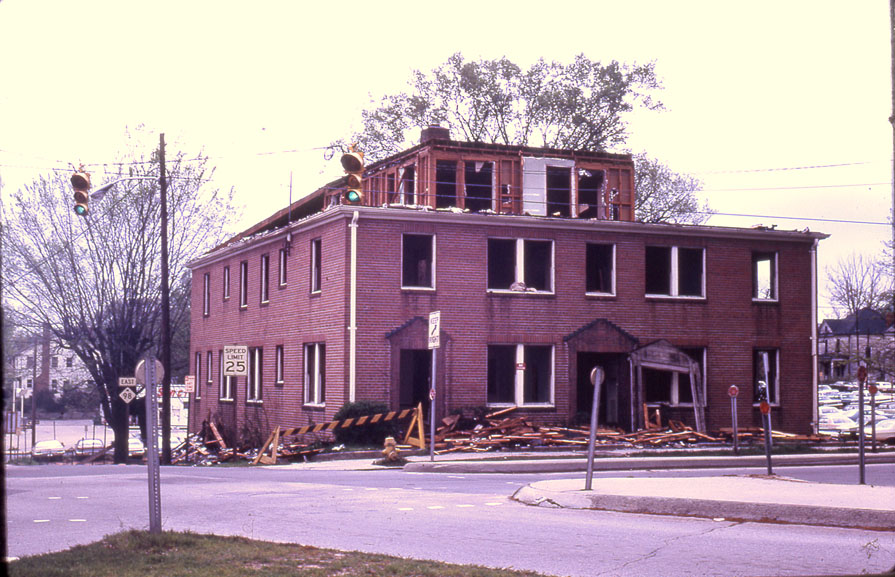 A few years later, this entire block was carved up into useless land by The Worst Intersection in Durham.

Looking east at the former 300 block of Cleveland St - the stub of the now-disconnected Cleveland St. is the entrance/driveway on the right.

This is the block that we need to get back by fixing the loop - you can see just how many structures were contained in what is now a no-man's-land. I showed comparative aerials of this intersection about a year ago, which give a good sense of the wasted land.