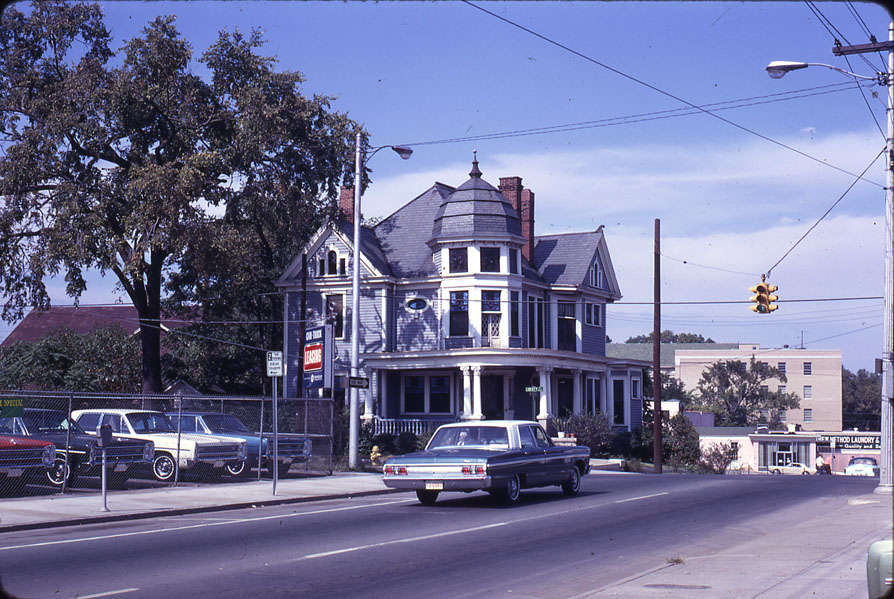 There is a bit of cannabilization today, as I profiled the MV Lawrence, above, about a year ago. But I didn't see the point of ignoring it as I profiled the block. Besides, I think it deserves a double profile.

As mentioned yesterday, Roxboro St. was a short segment during the late 1800s. Some of the more beautiful houses in the city were built along East Main St., Liberty St.(which ended at Dillard), Roxboro St., and Dillard St. This "East End" is, like the early "West End", almost entirely gone.

This beautiful Queen-Anne House belonged to MV Lawrence, who was evidently a clothier and hatmaker (noted as a "milliner.") 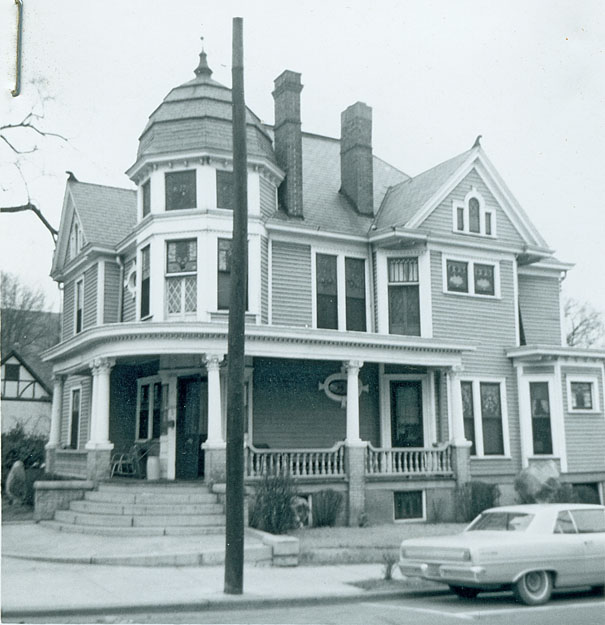 The houses moving northward were built later, in a plainer style. 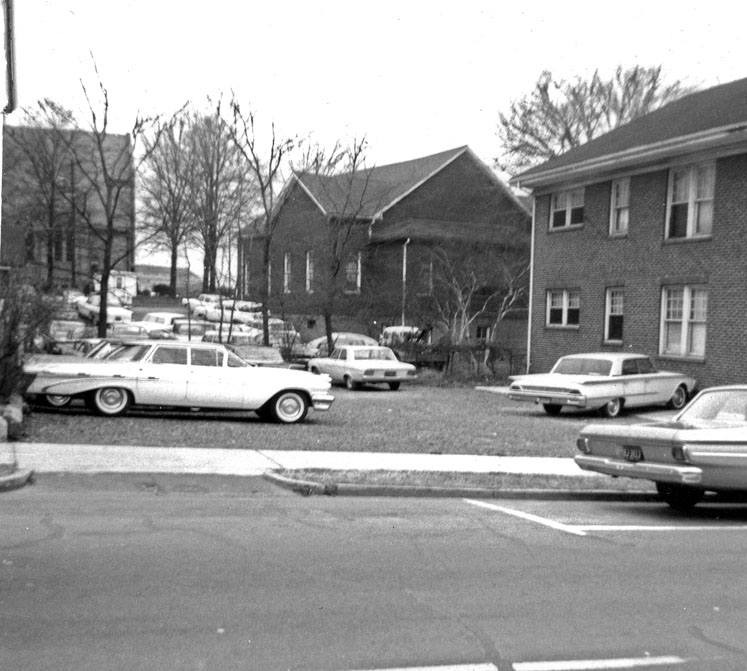 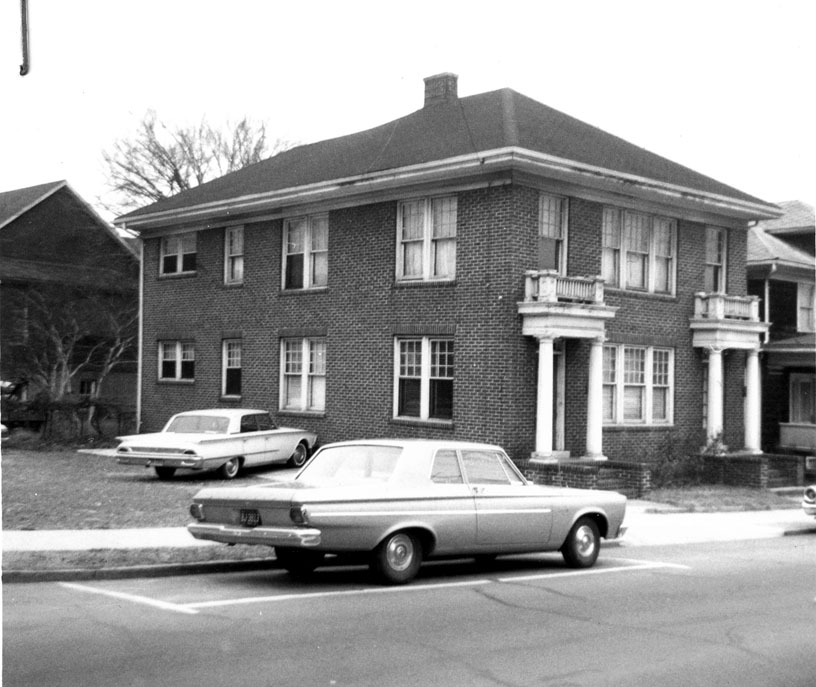 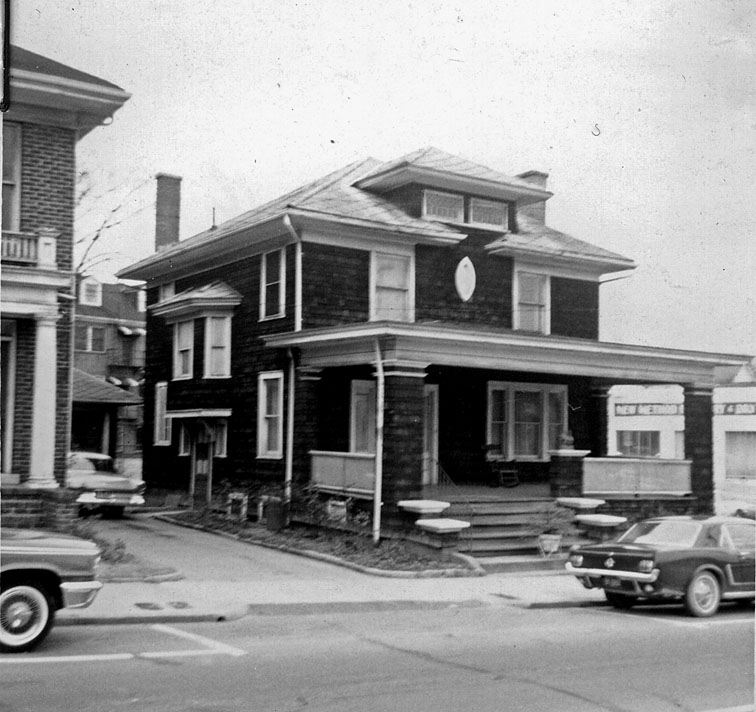 These houses were torn down by the city using urban renewal funds. I sometimes imagine the MV Lawrence home still standing as our Convention and Visitor's bureau, rather than the sad, uninviting structure that organization inhabits.

In place of these houses went - nothing. It's wasted land, tied up in this ridiculous DOT fantasyscape.

Interesting -- the brick duplex with the dual porticoes is a dead ringer for the rather dilapidated one on Hillsborough Rd. currently for sale. I'd advocate Housing for New Hope buying that one and making it transitional housing, but, well, it's right across the street from the liquor store...

"It's wasted land, tied up in

"It's wasted land, tied up in this ridiculous DOT fantasyscape."

Not on that side of the

Not on that side of the street.

No sidewalks or anything

No sidewalks or anything pedestrian-friendly about that DOT 'fantasyscape' block. Try leaving the Library out the front door and walking to City Hall... you have to go around that block instead of the direct route. Too bad that block can't even be a city 'garden' or realxing green space - there's no access without playing Frogger across Roxboro, Liberty, or Holloway.

sorry. i forgot the

sorry. i forgot the [facetious] tag doesn't work in blogger.

Nice - sorry I didn't pick up on it. I thought you were holding a torch for Markaham, Mangum, and Roxboro.

The brick duplex also appears to be identical to one at 803 N. Buchanan Blvd, which is one door from the intersection of Markham and Buchanan. The one on Buchanan, of course, has been well-maintained, being on the cusp of Trinity Park/Trinity Heights. I was in it once years ago and what I recall were elegant apartments with marble fireplace surrounds. I suspect that the one on Roxboro was as nice.