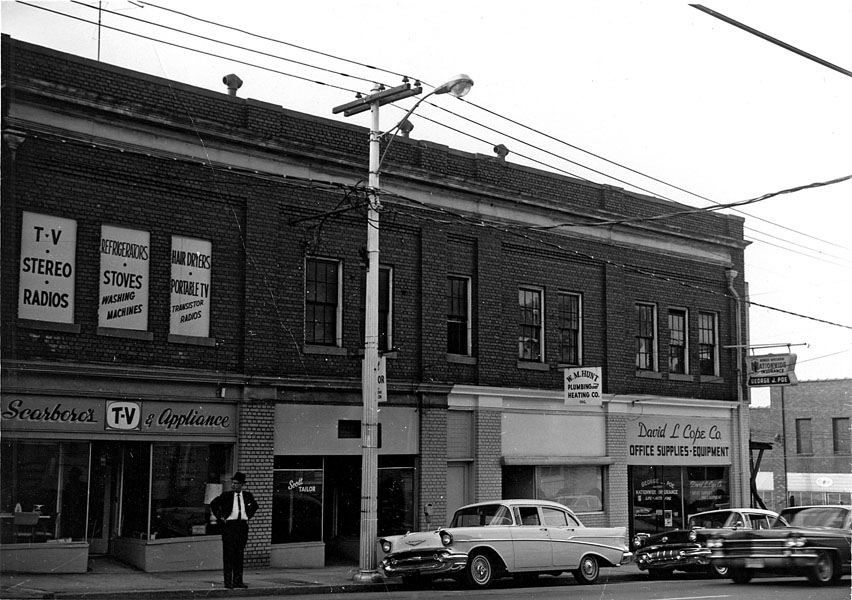 The 200 Block of Foster St. developed as a commercial/light industrial area which supplanted several residences in the northern portion of the block at the turn of the century. 219-225 Foster was built in the early 1920s as a set of fairly typical commercial storefronts. 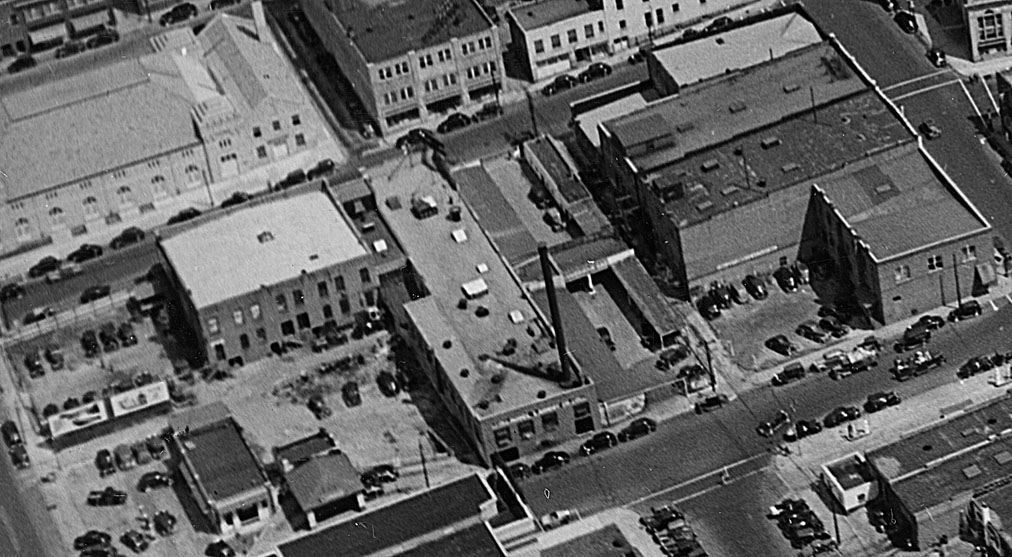 By the late 1940s, the Model Laundry had remodeled their original building and expanded their plant. 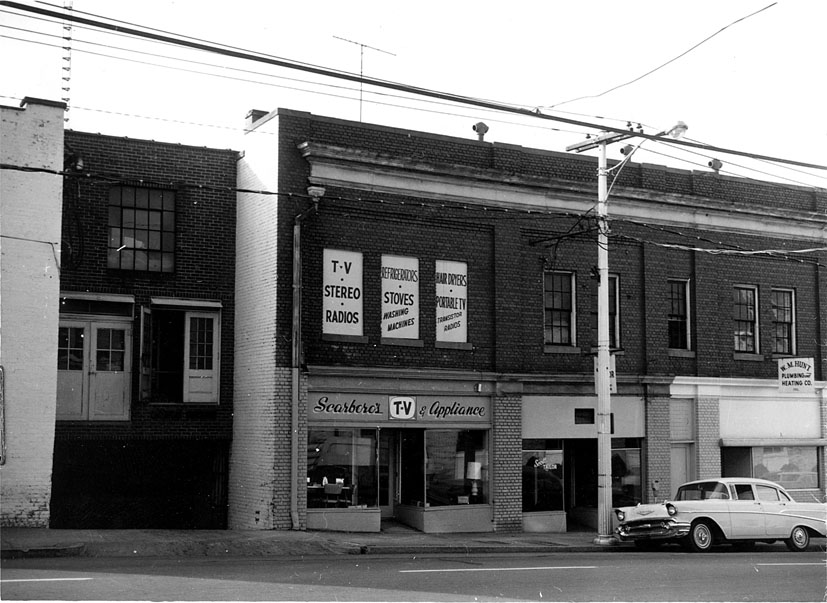 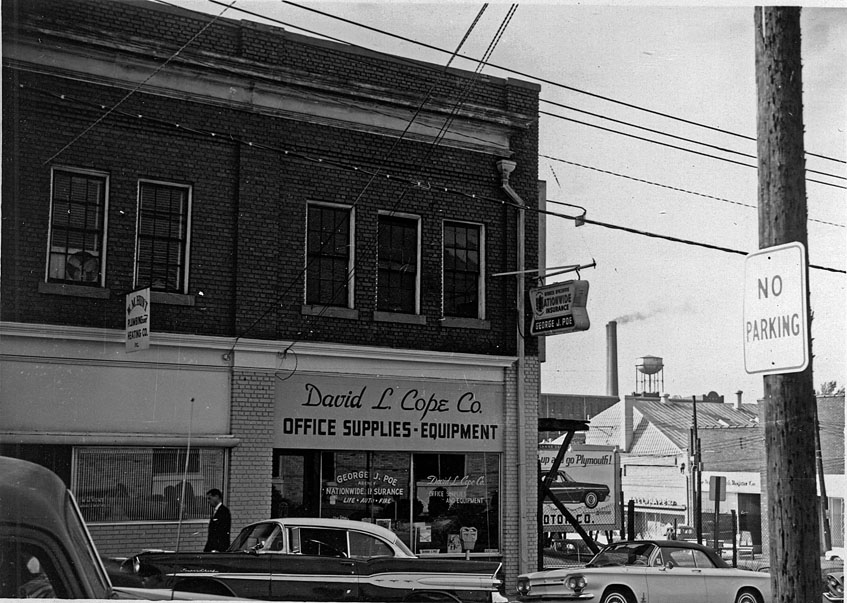 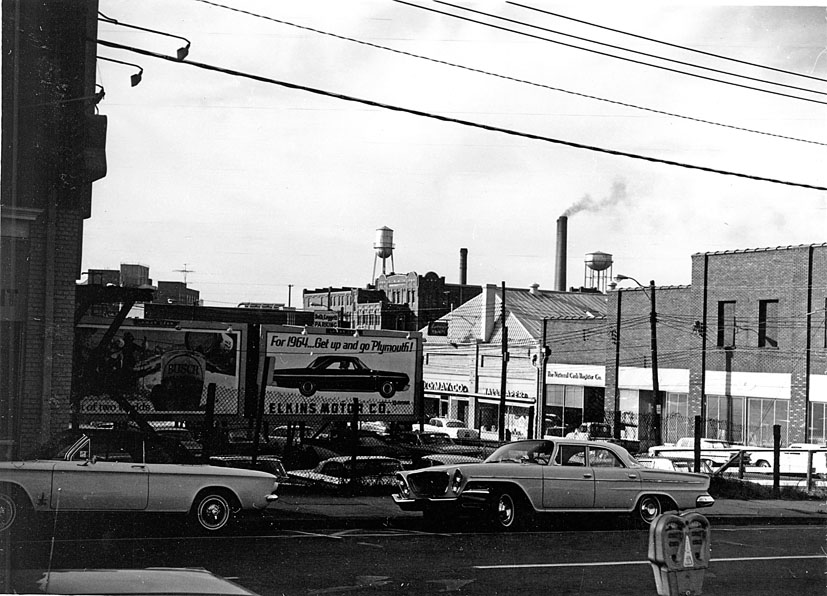 227 Foster Street, 1963, a parking lot, looking northwest. The DC May Company (400 block of Morgan) and the Imperial Tobacco Company buildings are in the background. 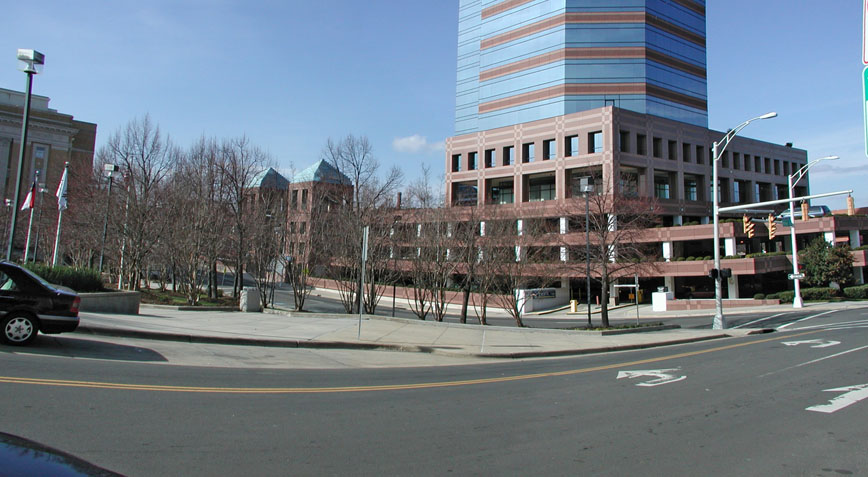