As mentioned yesterday, the 200 block of N. Queen wasn't cut through until after 1915; houses were then built along both sides of this street with a corner store and synagogue at the northern corners (previously profiled). 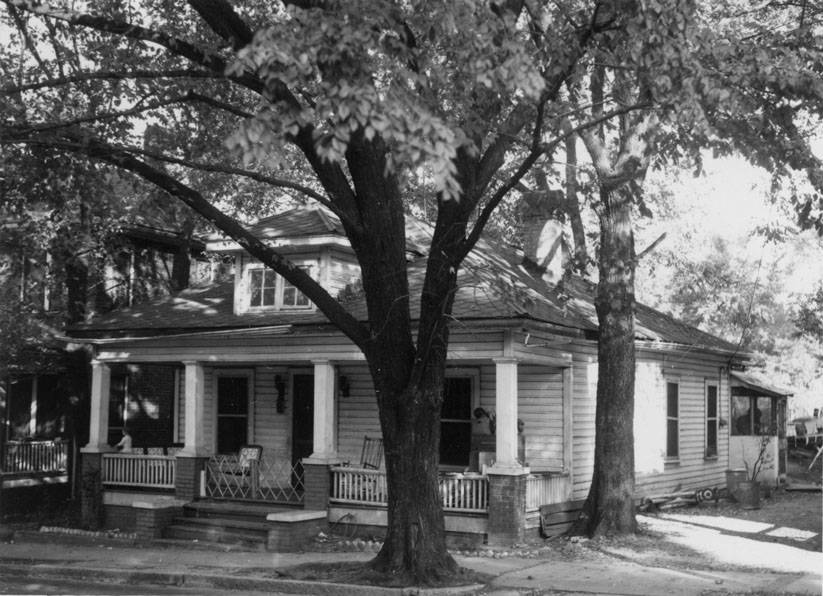 In the early 1970s, these houses were demolished through urban renewal. This block of Queen St. was then closed to create more surface parking for the library and WTVD. 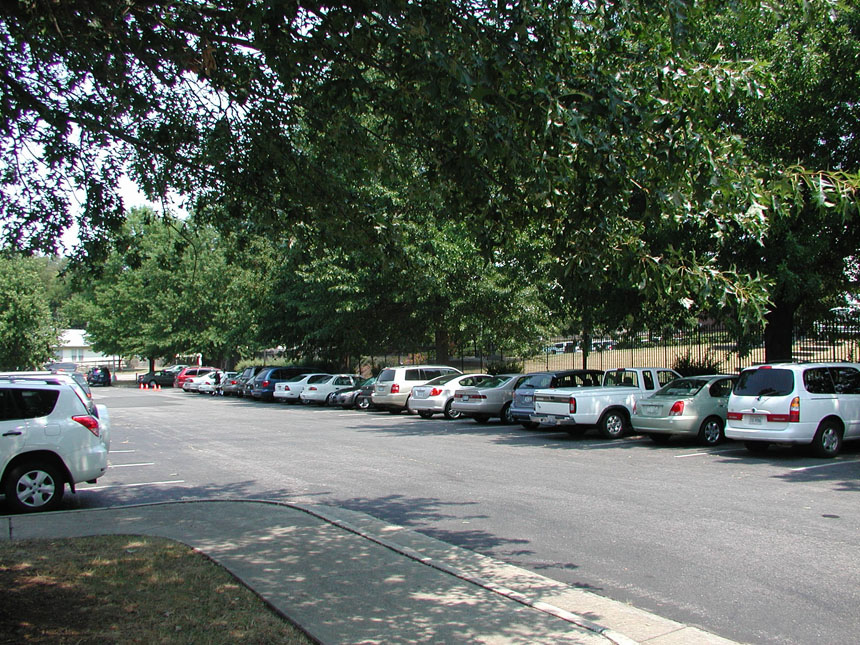 I think that once Roxboro is converted to two-way, this street should be reopened (the section of street north of here already acts as a southbound cut-through because of the silly one-way-ness of Roxboro.) This is part of a broader problem of devalued connectivity in our transportation system - we continue to struggle with arguments of capacity and speed when we argue to convert roads like Roxboro to two-way. That's because this is what transportation engineers measure and care about - connectivity remains unquantified. Thus the inefficiency of trying to travel east on the north side of downtown, or the inability to access Little Five Points from the south, or the inability to travel south from the library doesn't matter - because you can drive really fast in a circuitous route to get to the same place.