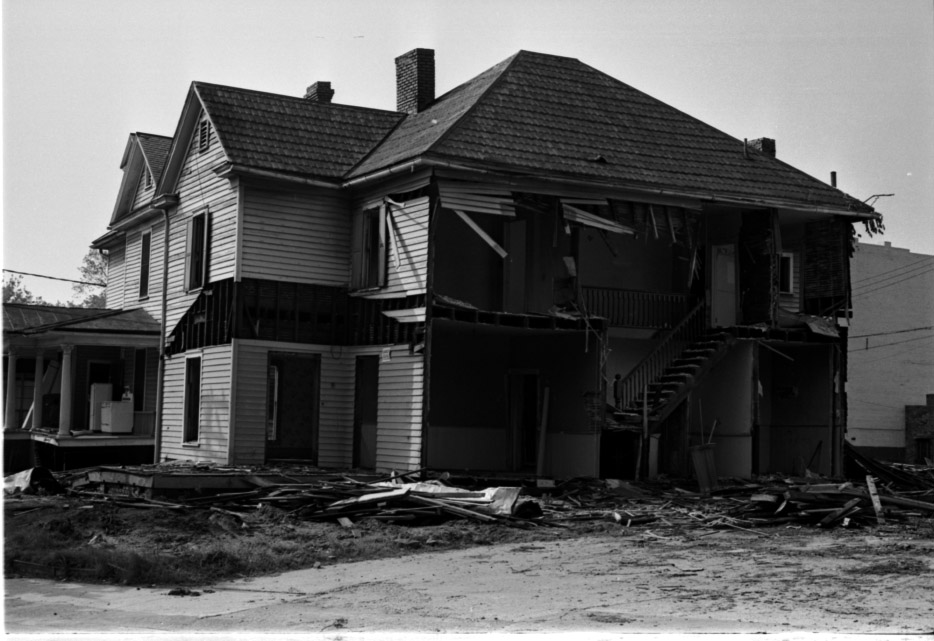 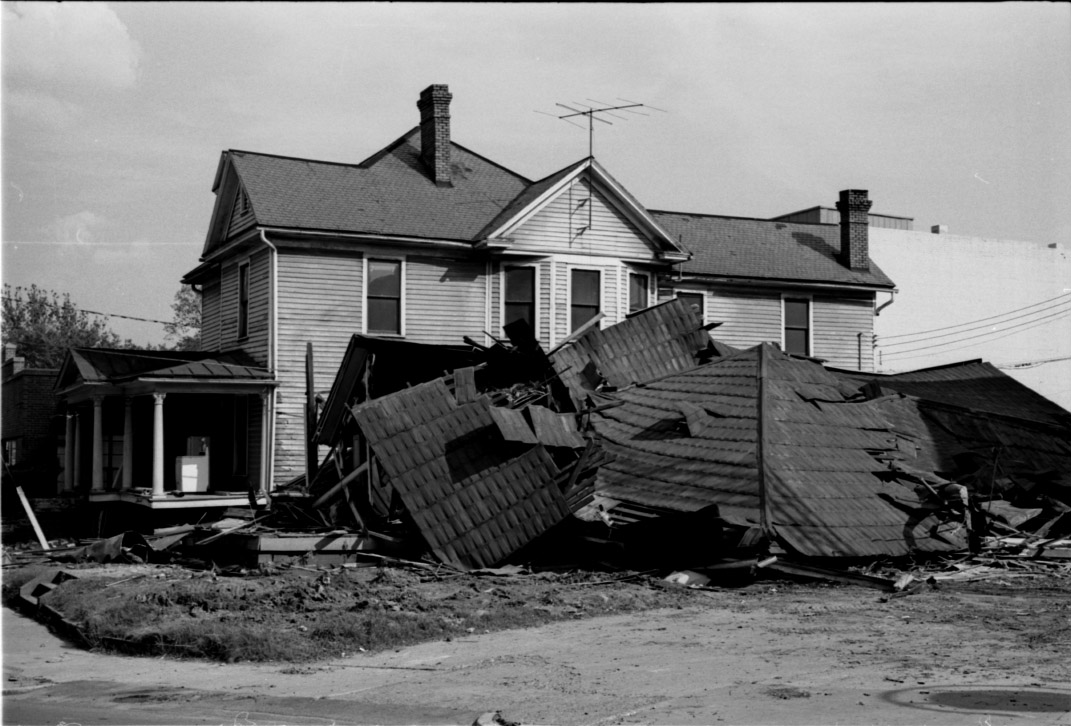 These two houses occupied the

These two houses occupied the southern intersection of Liberty and Cleveland Streets. The large building in the background was the Auto Sales & Service building (as shown on the 1950 Sanborn, p.2) at 217 East Parrish Street. The first photograph was featured on page B1 of the July 4, 1963 Morning Herald. The caption says the houses were in the Liberty-Church-Parrish block and demolished for parking. 'The city hopes to complete construction of the new parking lot in time for the fall shopping season.' 'Moore' is credited as the photographer. The Criterion Theatre - which was just around the corner and showing The Sadist, according to the same issue of the Herald - somehow avoided the wrecking ball for another decade. In more wholesome news, the same July 4 issue had a full-page advertisement for the Soap Box Derby, held at Brogden Junior High. I wonder what happened to the contemporary derby that used Roney Street for their course?

Could it be on Morris

Could it be on Morris st?

Wish I could figure out

Wish I could figure out what that massive windowless wall on the right was...

For some reason I have

the same style of house