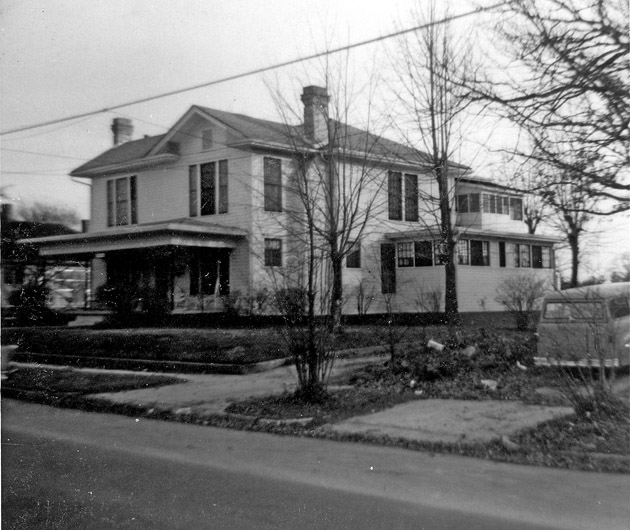 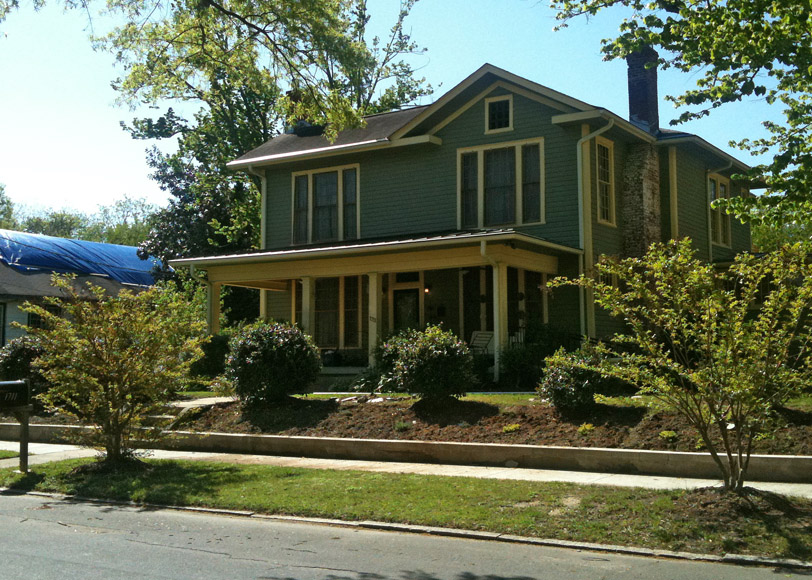 Vivian Edwin Wilson bought the property from Rosa Woods, who had received it from her father, E.A. Woods. Mr. Woods had divided up a large parcel of property running on the south side of Lakewood and given it to at least six different people, each receiving two non-consecutive lots. Shortly after Rosa Woods sold the land to V.E. Wilson, he built the home currently standing there and moved in, by 1918.

V.E. Wilson was an active member of his church, the Lakewood Methodist Church which once stood on Palmer Street (now Lakewood United Methodist, located on Chapel Hill Road). He was superintendent of the Sunday School, and started the youth fellowship. Additionally, he provided the land for the first parsonage for the church, located at 1810 Lakewood just down the block from his house.

By 1927, he and his wife Ethel moved down Chapel Hill Road, converting their home to four apartments. It remained a rental until recent past, when an owner gutted it and attempted renovations, uncompleted until the current residents purchased it. They received an award for their efforts from HPSD in June 2006. The new owners have also renovated the former parsonage also built by V.E. Wilson.