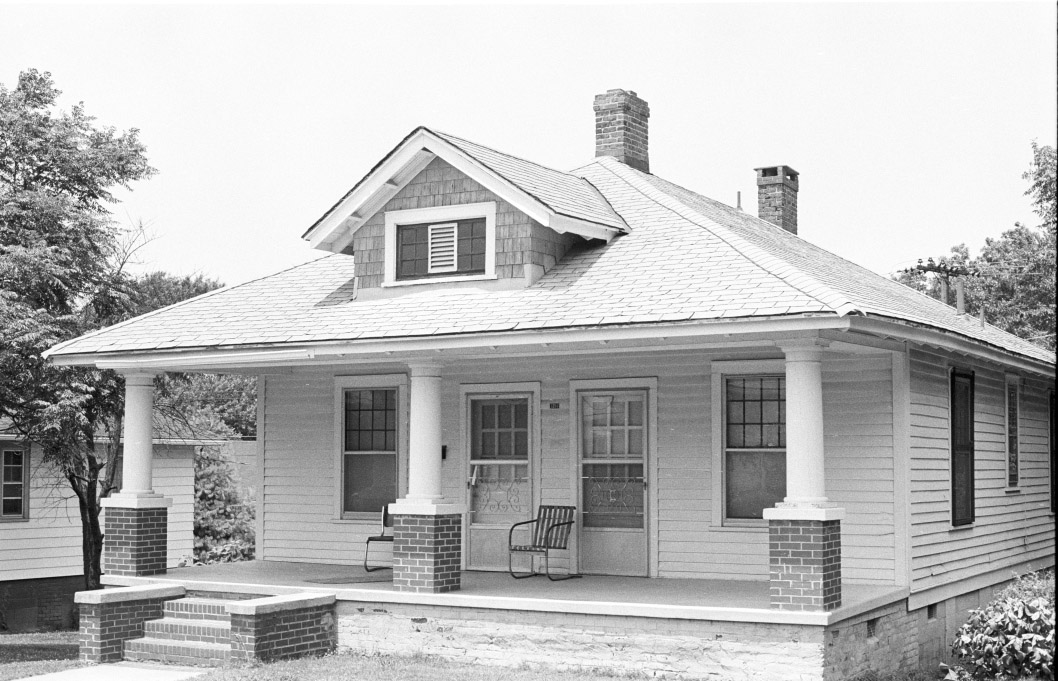 I think I've written about most of the other houses on the Golden Belt Home Tour this upcoming weekend, but 1211 Wall Street is among GB Historic District houses east of Alston that I did not cover. A typical 3-room plan house, built by the Golden Belt Manufacturing Company soon after the initial development of the plant in 1901, the house is similar to 1102 Taylor Street, but retains the original dual front doors. These were not duplexes per se - I've heard explanations ranging from shift work to shared housing with separate entrances for the rationale behind these. 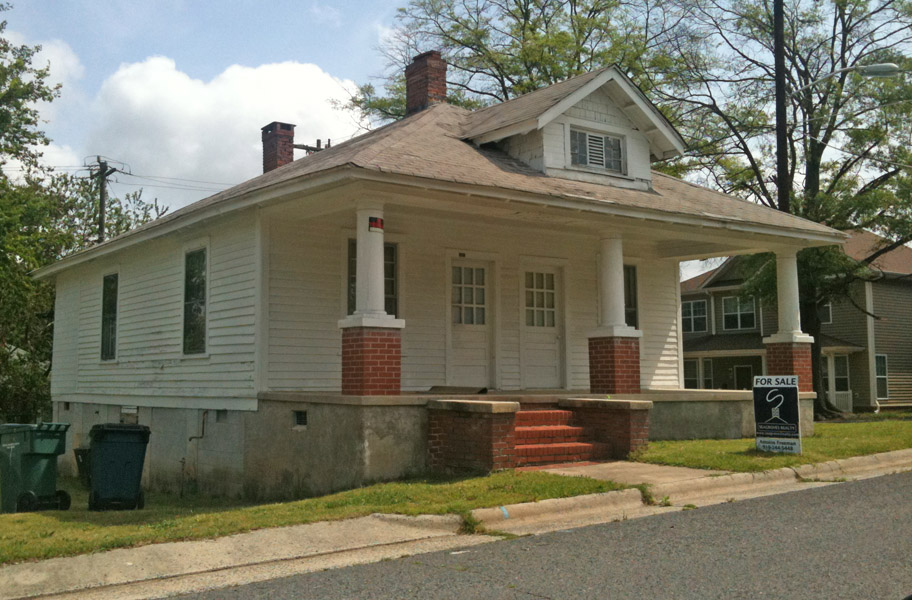 I think the double front

I think the double front doors reflect the reality that working class families lived in a very small amount of space. One family, according to their grandson, raised 9 children in a similar Golden Belt house. Under those circumstances, the "living room" was not just a parlor for sitting the way it might have been for richer people of the time. Instead some people would have been sleeping in the "parlor." Two front doors allowed someone coming home from work (particularly after a late shift) to go directly to his or her room instead of traipsing through a room in which people were sleeping in order to walk into another room where people were sleeping.

We can't imagine this. We who have ornamental "living rooms" that aren't used for anything. But then again we can't imagine outhouses and no showers. All part of every day reality a century ago.

Come to the Golden Belt Home

Come to the Golden Belt Home Tour this Sunday, May 1-5 p.m. and see eight different properties including some of the houses here:
http://endangereddurham.blogspot.com/search/label/Golden%20Belt

This is part of Durham's history, and here's a one-time opportunity to see it up close. This is not merely about the restoration of houses, but about the revitalization of a neighborhood. Advance Tickets are $5 and are available at the Regulator Book Shop on 9th St and Labour Love Gallery at Golden Belt and Bikram Yoga Durham at Golden Belt.

As I have mentioned before my

As I have mentioned before my grandfather worked at Golden belt and also lived on Mill Hill. Besides the two front doors a lot of couples didn't sleep in the same bed for this very reason. One did not want to disturb the other one when coming in from the late shift. I remember several other older couples that did that same thing.

@Ricky I hope you can come to

@Ricky I hope you can come to the Golden Belt Home Tour tomorrow. I'd love to hear your family stories about life on Mill Hill. If you don't have a ticket, I can get you one.

This property was purchased

This property was purchased by 1869 Development LLC in February 2012 and is in the process of being restored with a completion date around mid August. We anticipate having an open house event for the Golden Belt neighborhood to view the completed work. In the interim you can like us on facebook at 1869 Development and see pictures of the renovation activity.