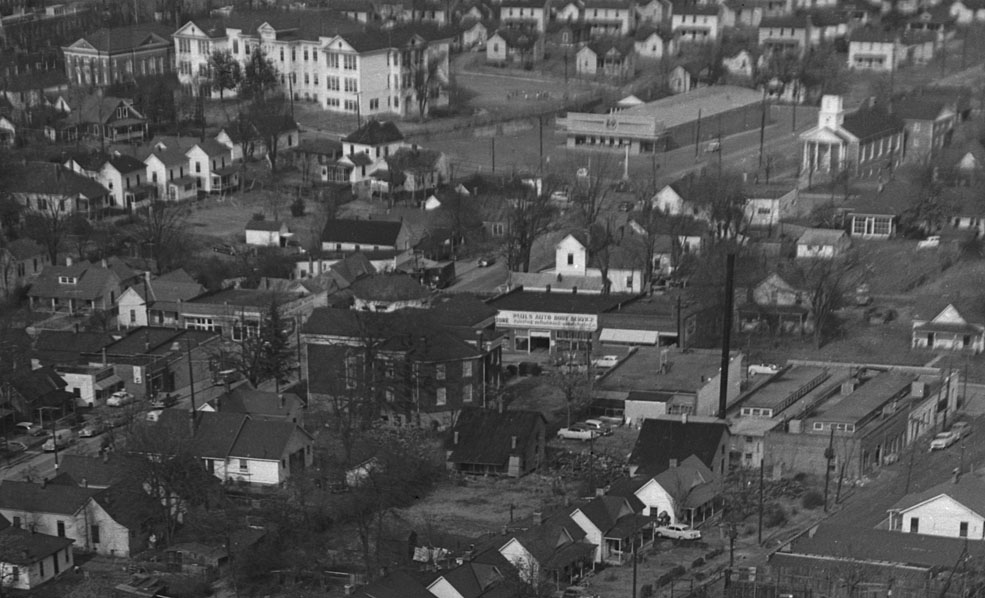 As Angier Avenue follows the railroad tracks and the southeast-northwest ridgeline they sit upon (while E. Main St. tracks in a more easterly direction) the streetcars of the early 20th century followed this path as well - heading east on E. Main St. until reaching Alston Ave. At that point, they would turn south for a block before turning east again on Angier Avenue.

This area became small commercial nexus - at the turn of the line, and at the border between Edgemont and East Durham. On the southeast corner sat (and sits) the Branson Memorial Methodist Church while commercial enterprises occupied the other corners. 1201-1203 housed a Penders' Grocery in the early 20th century

This area faded along with the other neighborhood commercial areas. Ironically, the beginning of this commercial transformation is visible to the northeast - in the form of a new supermarket.

Today, although the church remains in good repair, commercial structures have disappeared from the western corners. Abandoned structures remain on the northwest corner.

Folks have been chomping at the bit to tear these buildings down. The city's RKG report - which I belatedly came to realize informs quite a bit of our decision-making - wholeheartedly endorses making these buildings go away. Frankly, I think right now the only reason they are still standing is that perhaps the city hoped the state would pay to get rid of them in widening Alston Ave.

As you would expect, I think it's a mistake to get rid of these buildings. What I really can't understand sometimes in Durham is an odd pairing of mercantile boosterism with a complete lack of faith in the market to turn buildings like this around. Given the huge investments being made around this by HOPE VI (which is about to build several dozen single family homes 1-2 blocks to the west,) the city, and private developers, why would you believe that this needs to be destroyed? To my way of thinking, if you create stable neighborhoods and amenities around this, then people will want to live and work in this area. That's when people see these buildings as an opportunity.

That isn't to say they aren't a problem. The roof is collapsed on one of them, and they've been empty quite awhile. The owner that lives either out on Hollow Rock Rd. or in Trinity Park should be getting spanked with hefty fines for keeping them in this kind of condition. One would hope that would prod them to either 1) fix them up or 2) be appropriately motivated to sell them to someone who would. 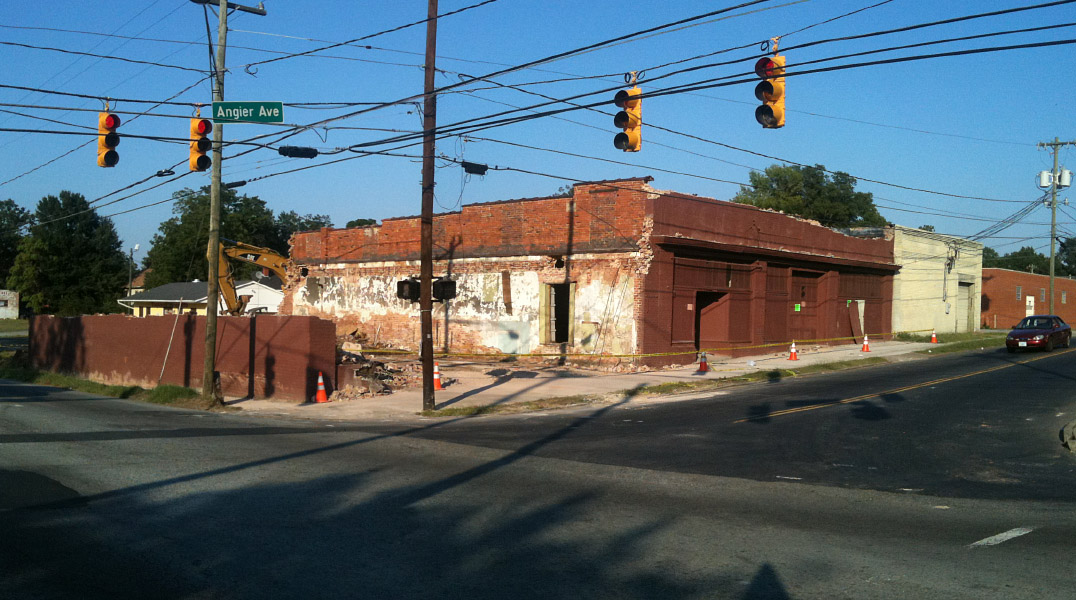