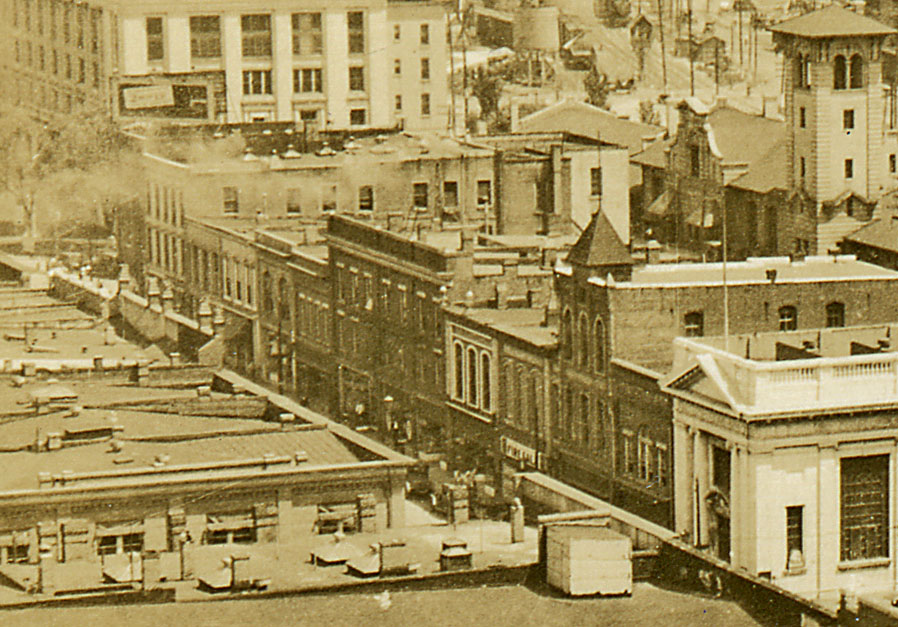 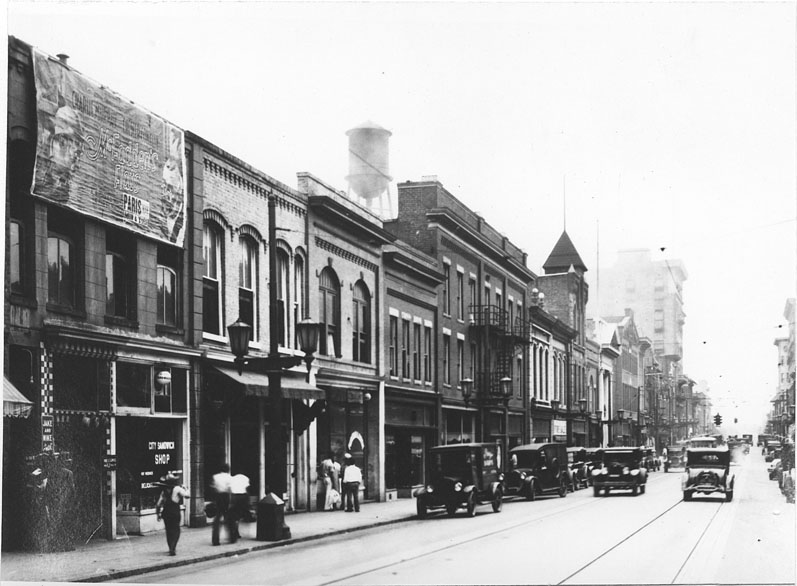 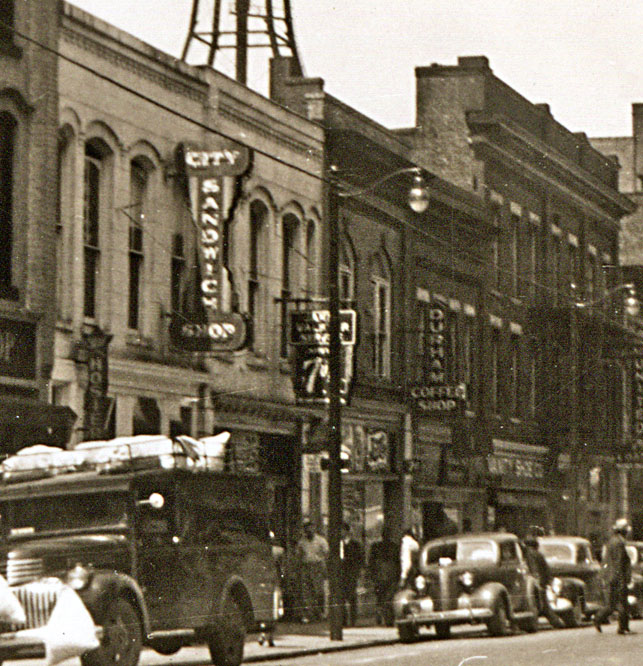 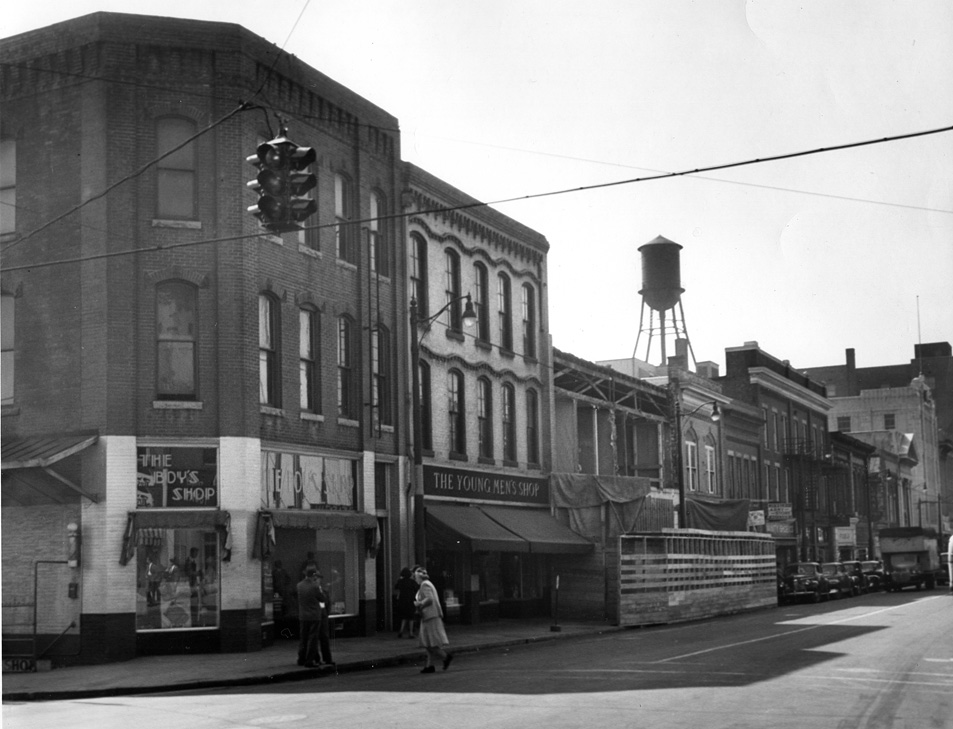 And secondly, removal of the upper floors of various buildings. Sometime in the 1950s, 118 East Main lost its Victorian facade. 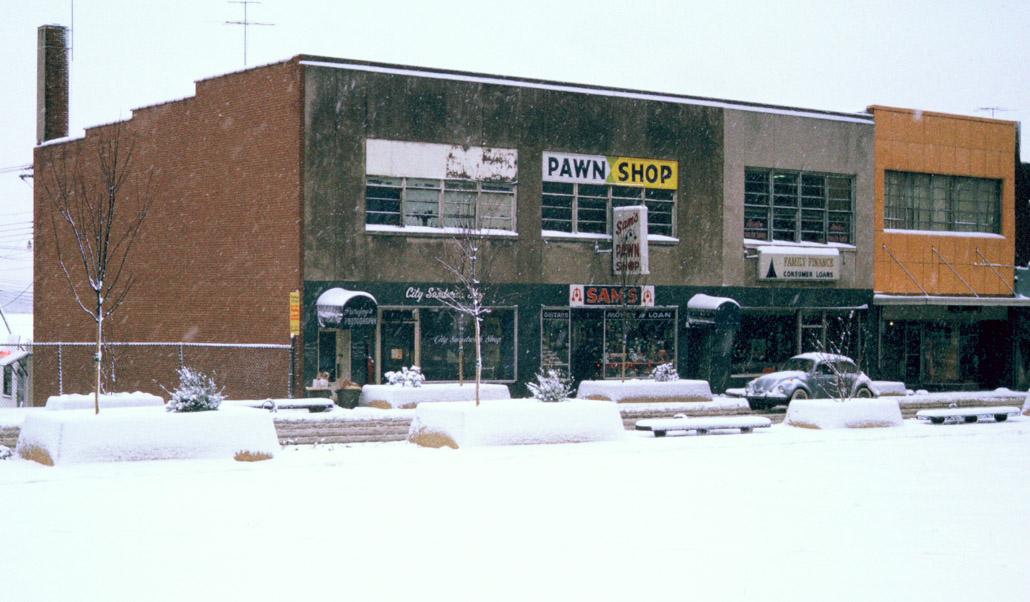 Despite The Orange Shop being long-departed, 118 acquired a nice orange facade, which was later covered with a brown facade, and the building was called "The Jones Building." 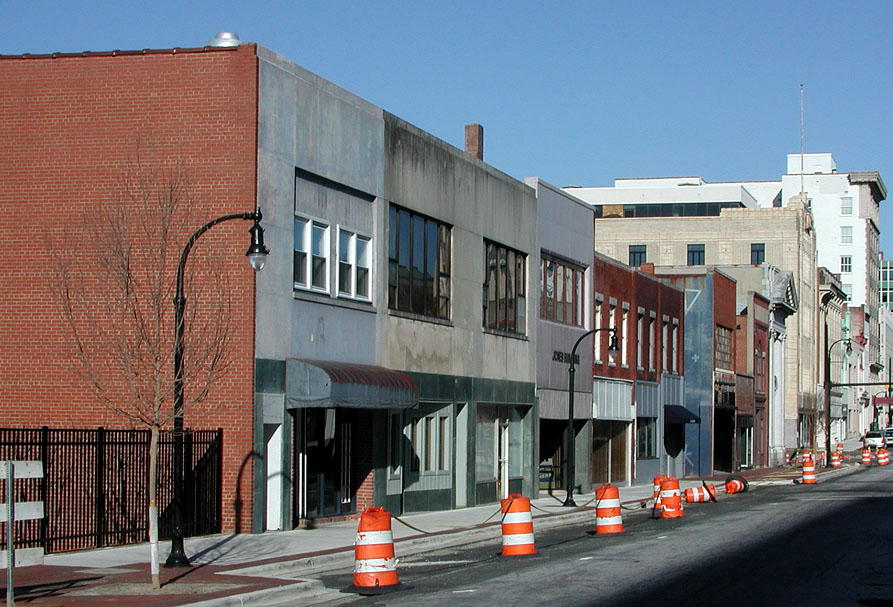 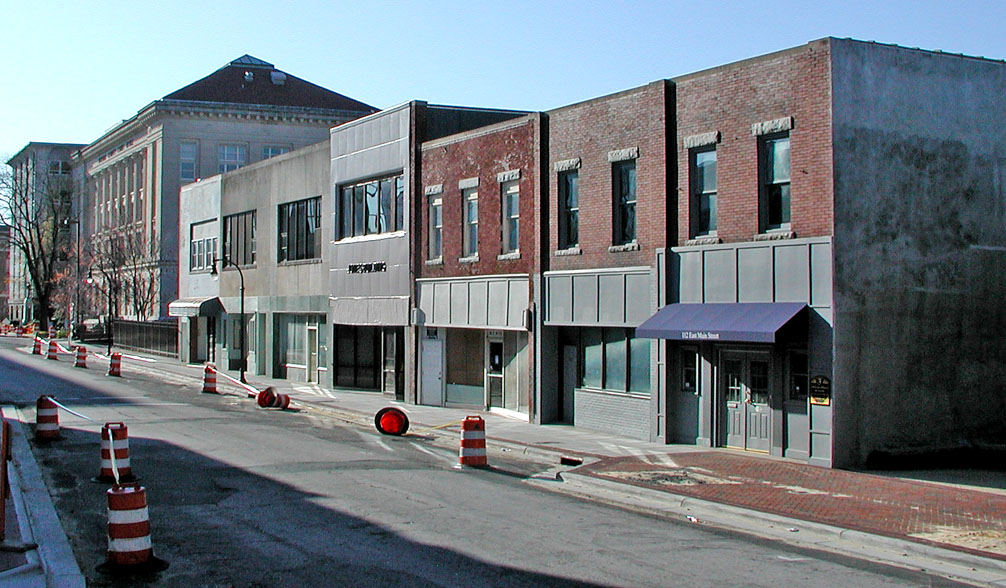 Of late (2011) 118 East Main has reacquainted itself with its Orange Shop history. 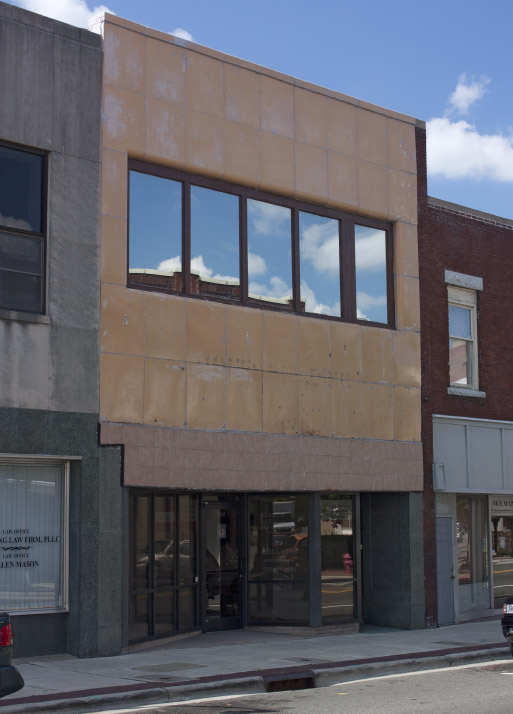