The Bossom-designed Merchants Bank building, built after the fire of 1914, was a beautiful neoclassical structure that later housed the Hood Industrial Bank and First Union Bank. Sadly, the beautiful facade was entirely removed in the 1960s when First Union moved. 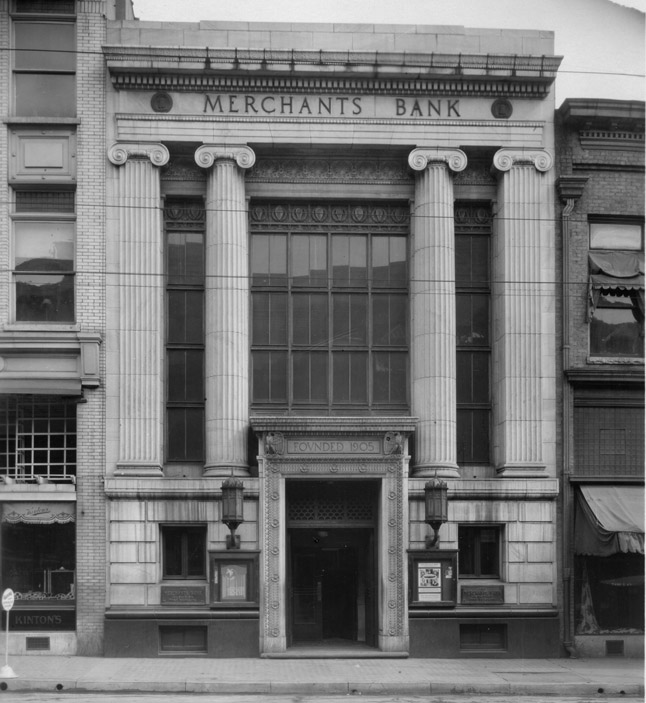 The Merchants Bank was established in 1905; in 1906 it was the fifth largest bank in Durham, with total deposits of $25,000. I'm not sure where is was located prior to 1914, but there is a listing for a Merchants Insurance Company between Mangum and Depot (Corcoran) so it may have been in the same block.

The Merchants Bank building in the 100 block of West Main was constructed after the fire of 1914 in a classical style with big Ionic columns providing the depth of relief from the facade. Alfred Bossom, nationally known bank architect who also designed the Geer Building 4 doors to the west, designed the structure. 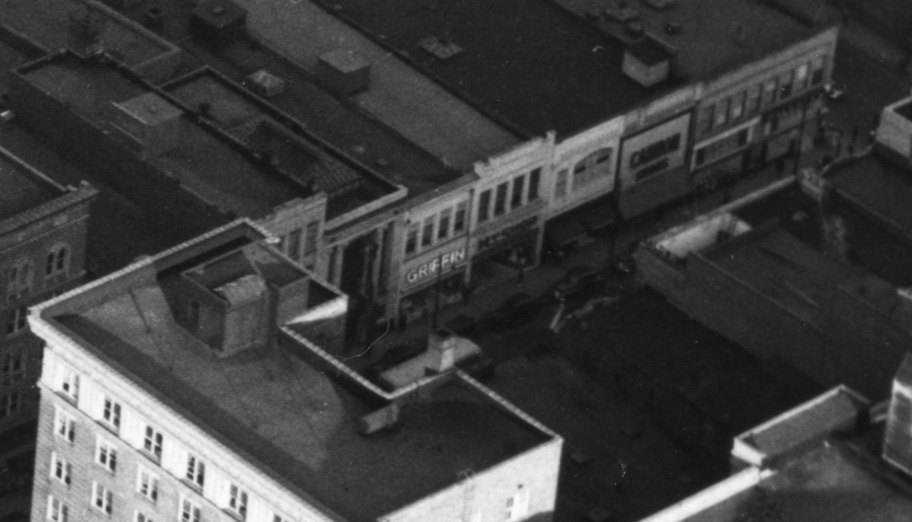 The bank became the Hood Industrial Bank, which was later absorbed by First Union. 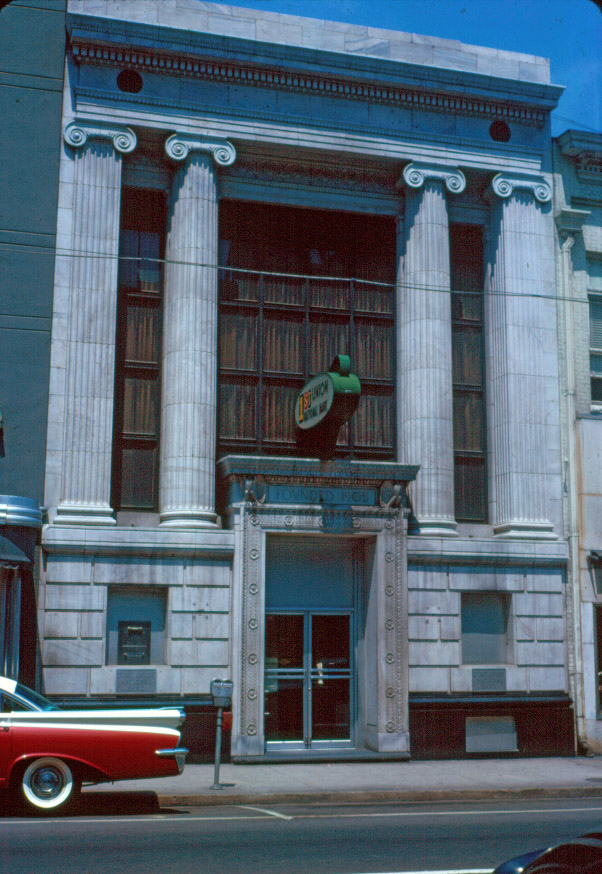 I really find the following shots painful. Below, some enlightened folk disassembling the Classical facade in order to modernize the front. 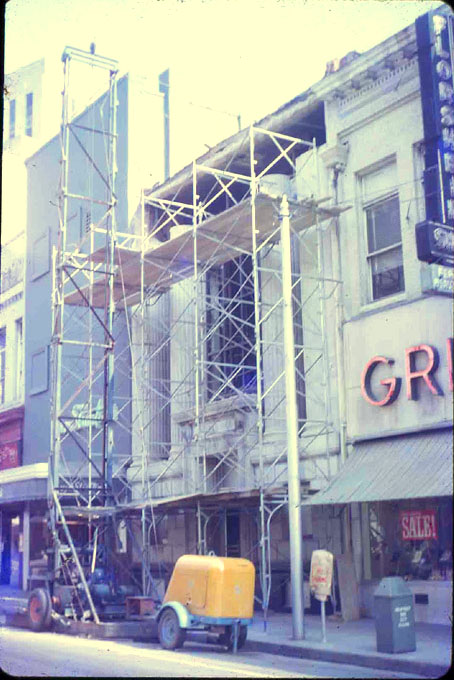 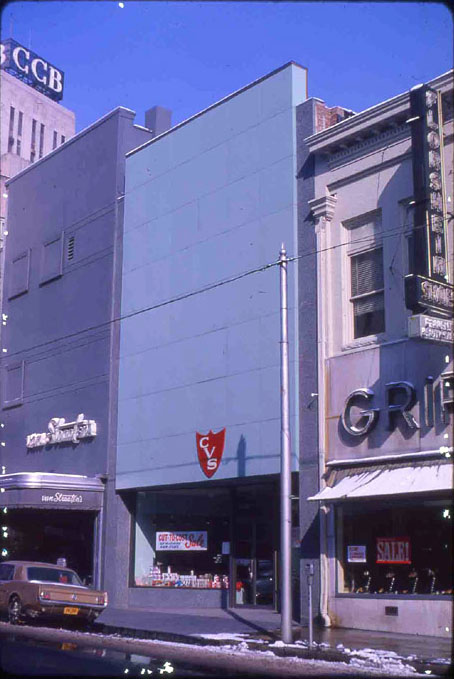 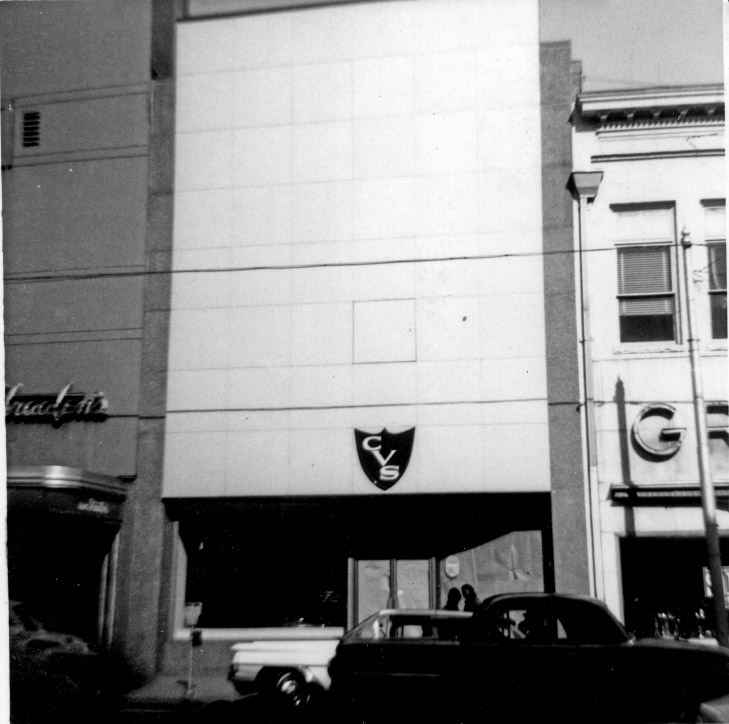 I'm not sure when these were redone again, but I believe it was sometime during the 1990s. 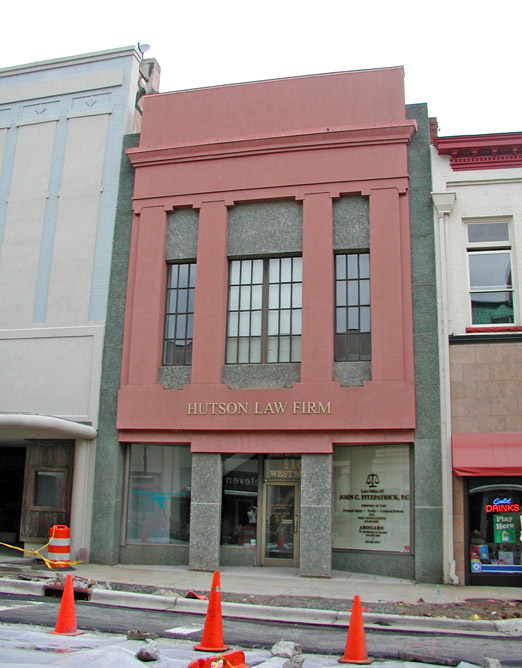 I don't think there was anything left of the Merchants Bank facade, sadly. I'm guessing the person who renovated this tried to mimic some of the elements.

I was inside this building

I was inside this building repeatedly about 20 years ago. The first floor had been turned into a quite pedestrian floor plan, but the 2nd floor had most of the original structure of the bank. It was unkempt, but could have potentially been restored to something really nice. It still had attractive floors and nice high ceilings, but I don't remember too much else.

Interesting - I wonder if the interior detail is still present, or succumbed to a more recent renovation. I often wonder about what clues might be in the interior of the buildings as to their origins. I went in the KONTEK building on Holland St. last week, which was quite cool.

I was told today by a friend

I was told today by a friend that the 2nd floor was remodeled -- it's now cubicle space. I didn't inquire further, but I imagine the worst. :(

The clothing store is vAn

The clothing store is vAn Straaten's, not vOn...and it was a point of pride in Durham to be able to say, "I bought it at van Straaten's." Well, not exactly say it; in the 60's, it would have been considered gauche to announce where one purchased one's clothes. It would have been discreetly whispered, and behind a cupped hand for good measure. It wasn't unusual at all to hear "van" pronounced with two syllables, as in va-yan Straaten's. *sigh* It's not just the architectural gems that are being lost; the art of being Southern disappears as surely as the aroma of cured Brightleaf tobacco, or the crisp smell of a stack of papers fresh from the spirit duplicating machine. Once gone, gone forever.

I can't decide if the

I can't decide if the "tribute" facade of 116 is a nice, if slightly clumsy, tribute to the original styling of the building, or more of a half-assed "oh hey let's suggest the shape of the original facade, but flat--we don't want it to cost too much". Unfortunate either way as it was really a beautiful little building, but as is usually the case, what's gone is gone.