The building at 115 West Main St. was the first location of the Kress department store in Durham. This highly detailed Queen Anne structure was likely built contemporaneously with 111 West Main (in 1893) given the similarity in ornament. 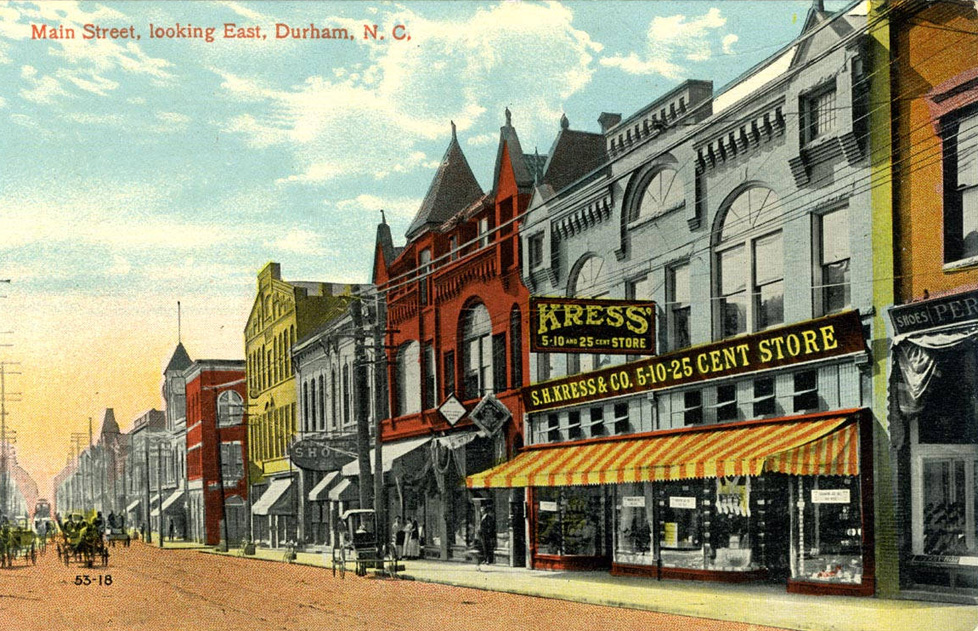 Looking east-southeast at the south side of the 100 block of West Main St., ~1913.
(Courtesy The University of North Carolina)

In 1933, Kress constructed a larger, Art Deco building at the southwest corner of Main and Mangum Streets and moved out of this structure. 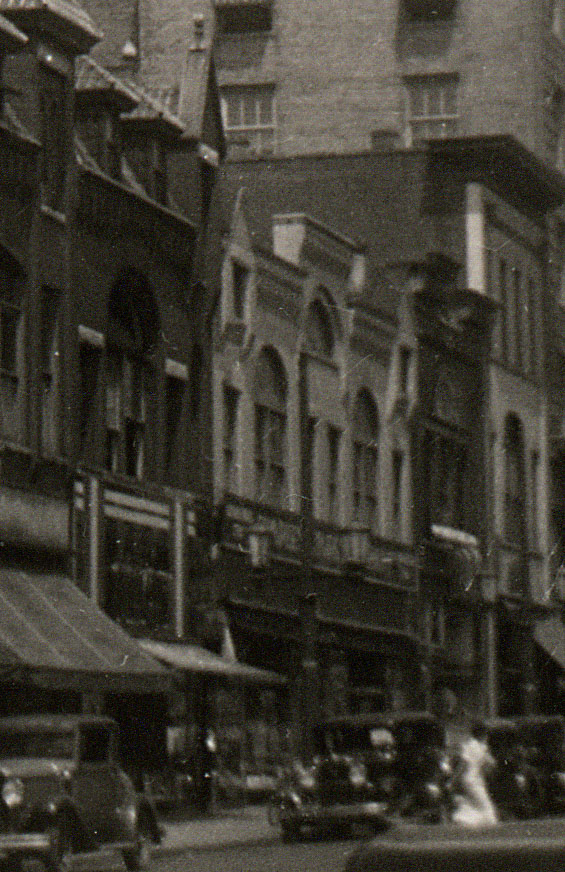 I don't know when it received the flat-front treatment, but by 1965, Lerner Shops had covered/removed all of that ornament from the front of the building. 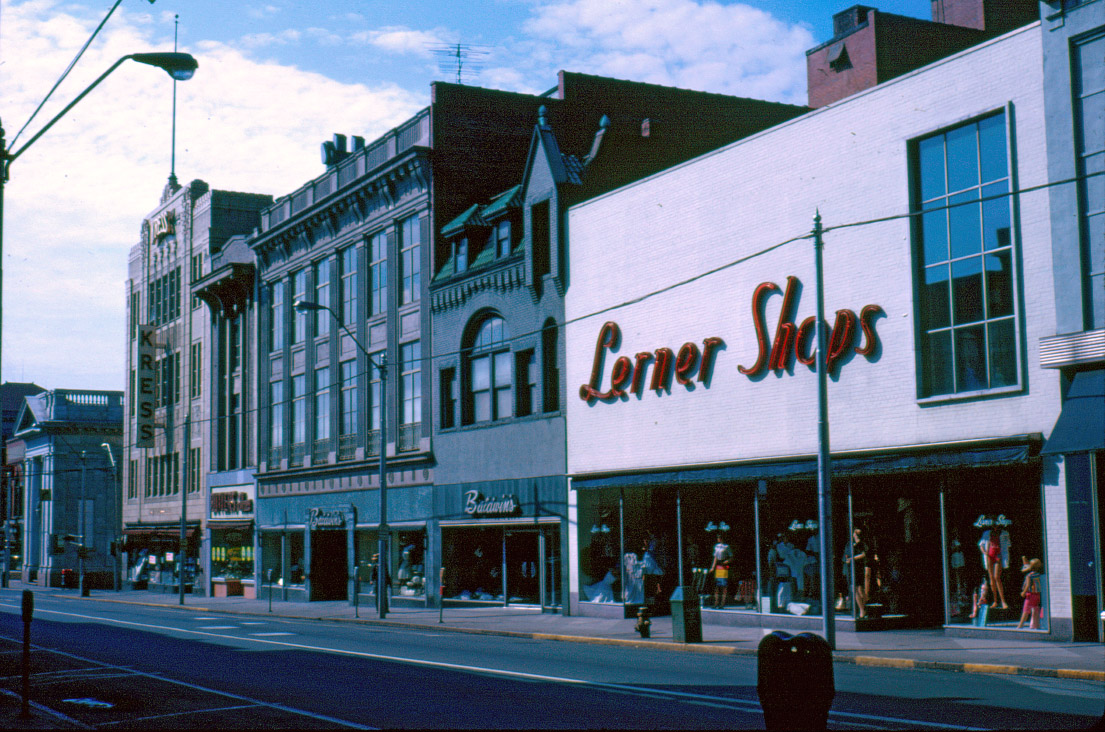 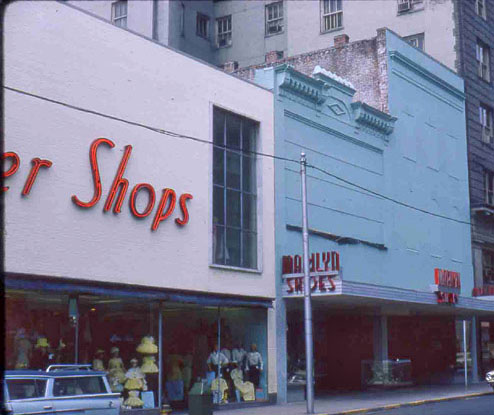 A few years later, the store had gone dark. 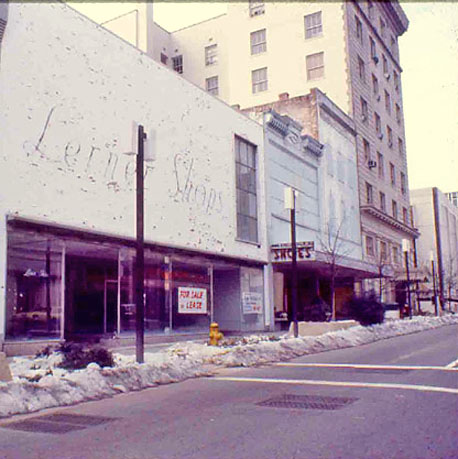 It has been remodeled yet again, retaining the large window on the western part of the facade from the "Lerner Shops" days. 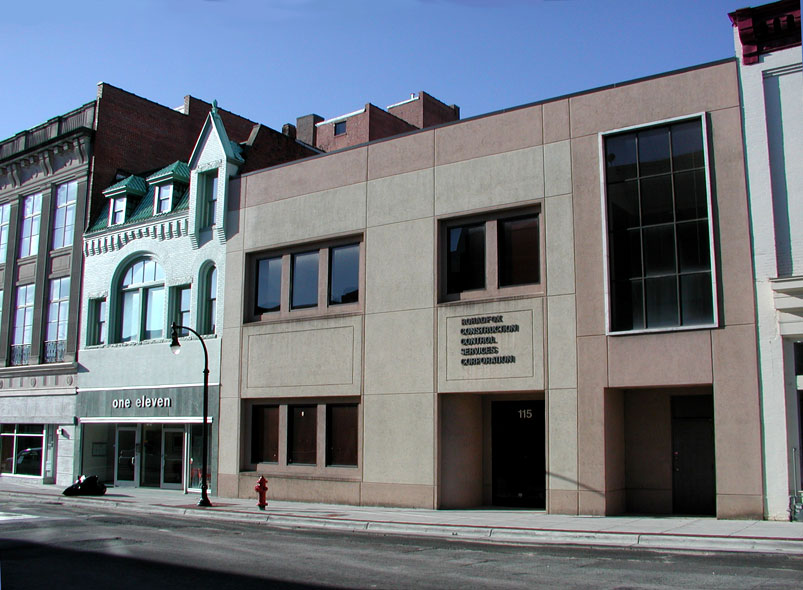 Hard to know if there is any semblance of the original facade still under that exterior. It clearly is the same old building from a view of the rear. 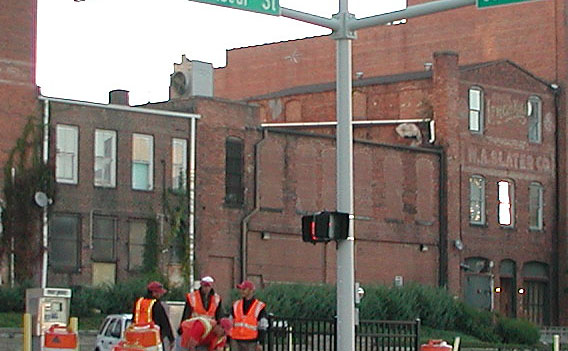 Maybe some adventuresome person will pull off the front of this someday and we'll get a look.

Gary, I'm nearly positive that Lerner's was still in business through at least 1972. I remember shopping there after I was old enough to drive myself downtown and shop. Belks, Lerner's, Baldwins, and another little shop called Stewart's were my regular hunting grounds. After Belks defected to SouthSquare, many of the smaller shops died.