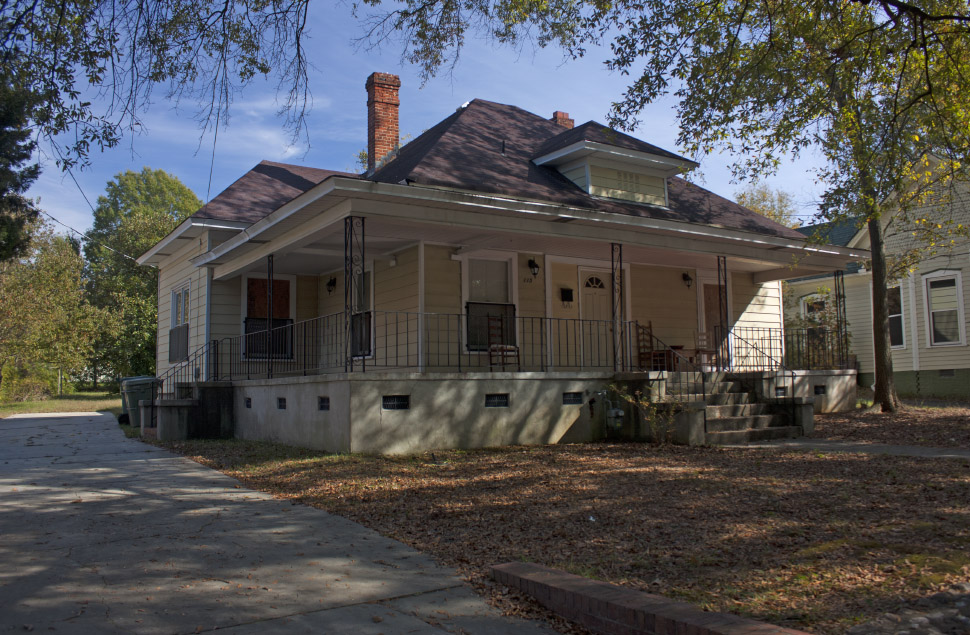 WB Rayner and Alice K. Rayner sold the property on 10.27.1919 to JL and Bessie L. Davenport. My guess would be that they constructed the house above, based on the other circumstantial evidence.

By 1931, Gilbert H. Boger, listed as "textile worker" in the city directory,  lived in the house

In 1940, the house belonged to WE Hall and Ethel Mae Hall - when they executed a mortgage on the property. The mortgage was foreclosed upon on 04.30.1946, when the house was auctioned on the courthouse steps. The deed is difficult to read, but it appears that Wayland H. Tilley and his wife Georgia I. Tilley became owners of the property on the second upset bid. 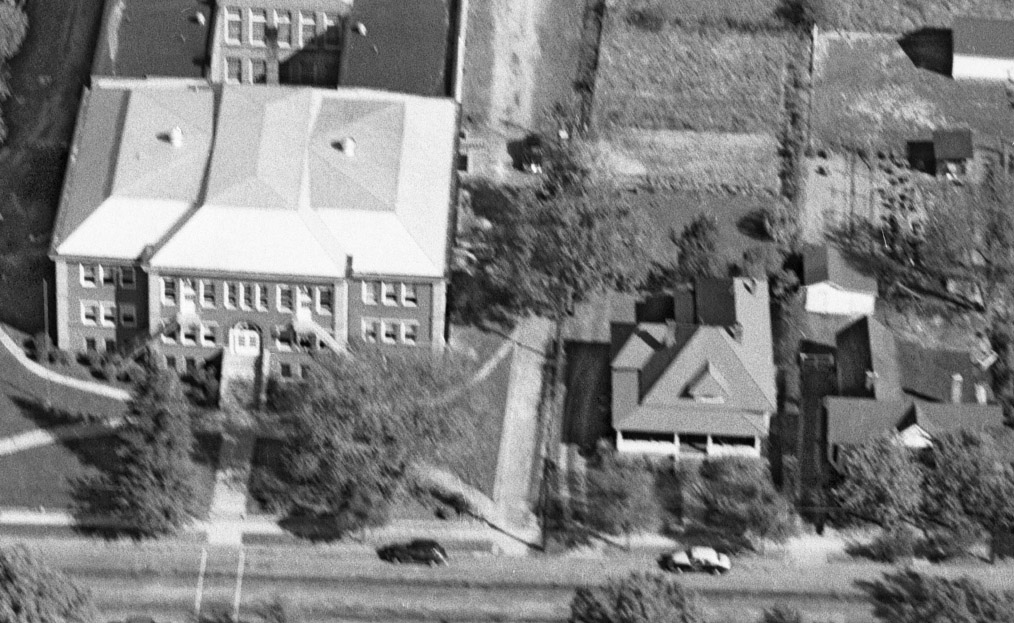 On 04.04.73, Doyle H. Cates and Mary Etta Cates sold the house to the Durham Exchange Club Sheltered Workshop, Inc., [DB400, P735] which had also purchased the YE Smith School next door. The Exchange Club later conveyed the school building and 115 South Driver together to TROSA.

As of 2011, the house and the former East Durham Graded School / YE Smith School are under contract to be sold by TROSA to Self-Help. Self-Help intends to fully renovate the historic school building to house a charter school - the Maureen Joy Charter.  Unfortunately, this house will be removed - either moved or demolished as part of that plan. Project Manager Dan Levine states:

"115 South Driver is an attractive house that appears to have been maintained well over the years.  Unfortunately, the house sits on a lot that is critical to our ability to carry out the historic renovation of the 48,000 square foot YE Smith school building.  The lot allows us to have a workable site plan to renovate the historic school to serve 600 K-8th grade children on less than three acres while accommodating school bus and automobile stacking/circulation, parking, and other site requirements."

Self-Help currently is searching for someone who wants to move the house off the site.

As I've stated previously, I believe the captial "I" formed by the piece of South Driver between E. Main and Angier, as well as the two blocks on either side of S. Driver at East Main and Angier, is the crucial area to preserve and rehabilitate for East Durham to succeed. With the destructive actions of the city/NIS, DHA, NCDOT, and the Durham Rescue Mission at Alston Avenue/East of Alston Avenue, it has become clear to me that the economic revitalization of the core of Durham won't 'spread' eastward beyond Alston. East Durham can still thrive, but it will thrive as a clearly separate neighborhood - much as it once was a clearly separate 'town.' (I'm talking about the real East Durham, not some north-east-central-pac-1 frankenhood.)

East Durham, therefore, needs to promote its own identity. Much like West Durham has succeeded in promoting its own identity around Ninth Street and Erwin Mill (and the history of that mill village,) East Durham needs to do so around Angier and Driver and the former Durham Cotton Manufacturing Company. It's a little harder when that's been repurposed as a chemical company rather than offices/residential, like Erwin, but the potential still exists.

For this to happen, the good houses at the core of East Durham must be retained - including 115 South Driver. It's clear that Self-Help is going to make the house go away. Right now, the house is just being offered for 'free' to anyone who will move it off the site, but I hope they will at least offer to chip in the money they will save from not having to demolish the house. Offering to let folks move a house for free really only works economically in a neighborhood where the housing values are high enough to recoup the extra ~$30K for the move (plus a new foundation, full renovation, and the basis in the land.) Or these factors are just sunk costs/free - i.e. someone has a parcel of land they don't know what to do with. If all of these things are 'market', and someone wants to sell the moved house in a short time frame, the numbers won't work.

Bottom line, I hope Self-Help is able to make the numbers work for someone. I think this is a great house - if you or someone you know wants to own it, please contact Dan at the email/phone above. 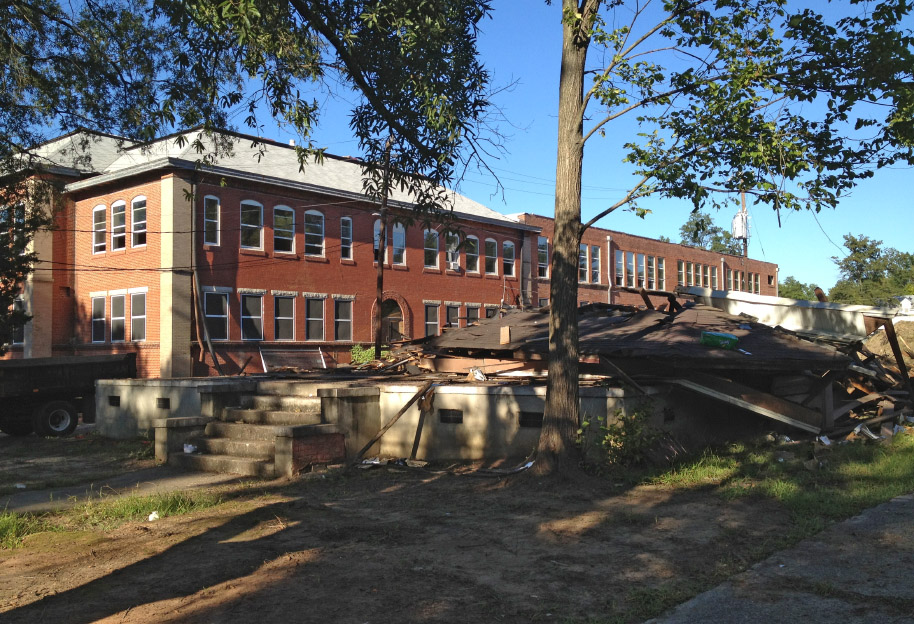 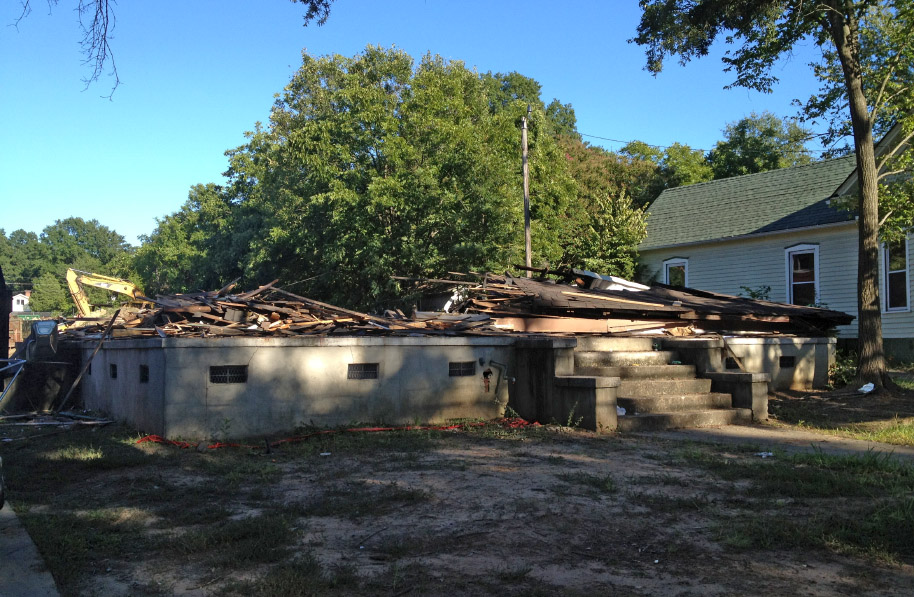 Well that's a shame. Seems like there are so many vacant lots in neighborhoods where this would be a good fit, but most of those neighborhoods don't yet hold the value that would make the $50-70k it would probably take to move and renovate this house worth it. Yet, to be able to hold such value, what do they need, besides restoration of the existing structures? Infill. Kind of a catch-22.