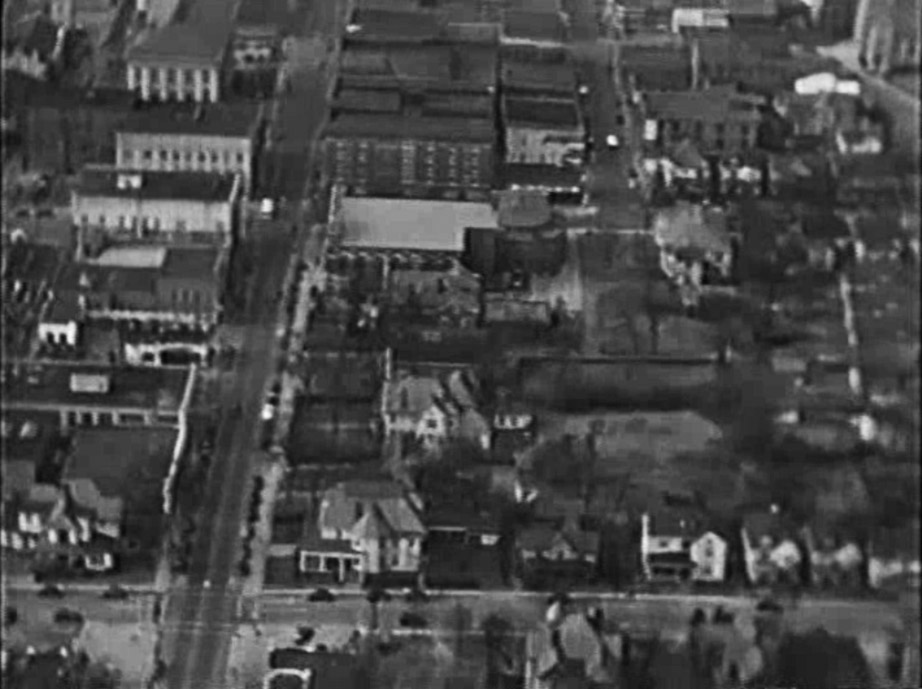 Looking west from the intersection of N. Queen and E. Main (in the foreground), 1940.

This blurry shot gives a sense of the pattern of houses on the west side of the 100 block of N. Queen St., typically large houses, somewhat less grand than those that once existed along East Main (a few of which are still visible in this view.)

On the west side of the street, by 1966, when I have individual pictures of the properties, the commercial encroachment from East Main had already begun to change this neighborhood. 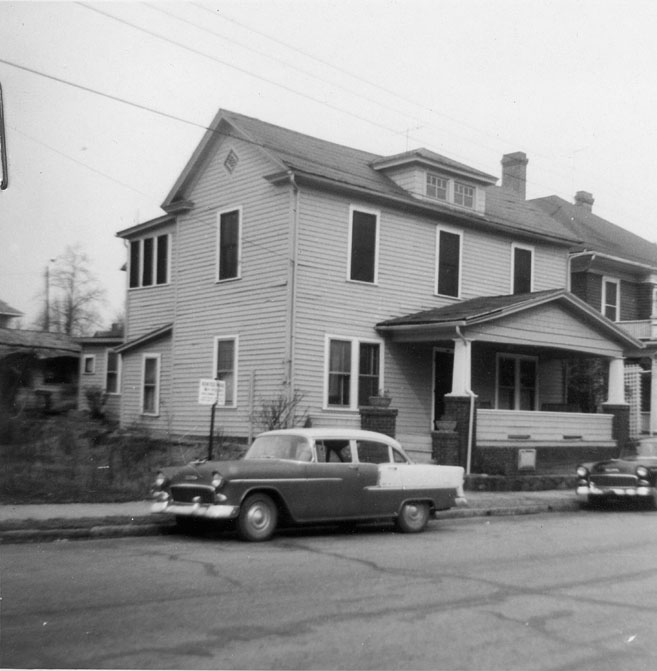 Urban renewal took this struggling old neighborhood behind the barn and shot it. This area became surface parking, eventually for the county.

I've envisioned previously how Durham County could do good things with this vast waste of space. The current plan is to build a parking deck here, someday. One hopes that parking deck will be wrapped with retail frontage, but I'm not sure the county sees good urban design as part of its purvey. But in this big land parcel lies the oh-so-important opportunity to help bridge the gap between Roxboro and Golden Belt/Hosiery Mills/HOPE VI. Let's hope the county can see their way to make the best of it.