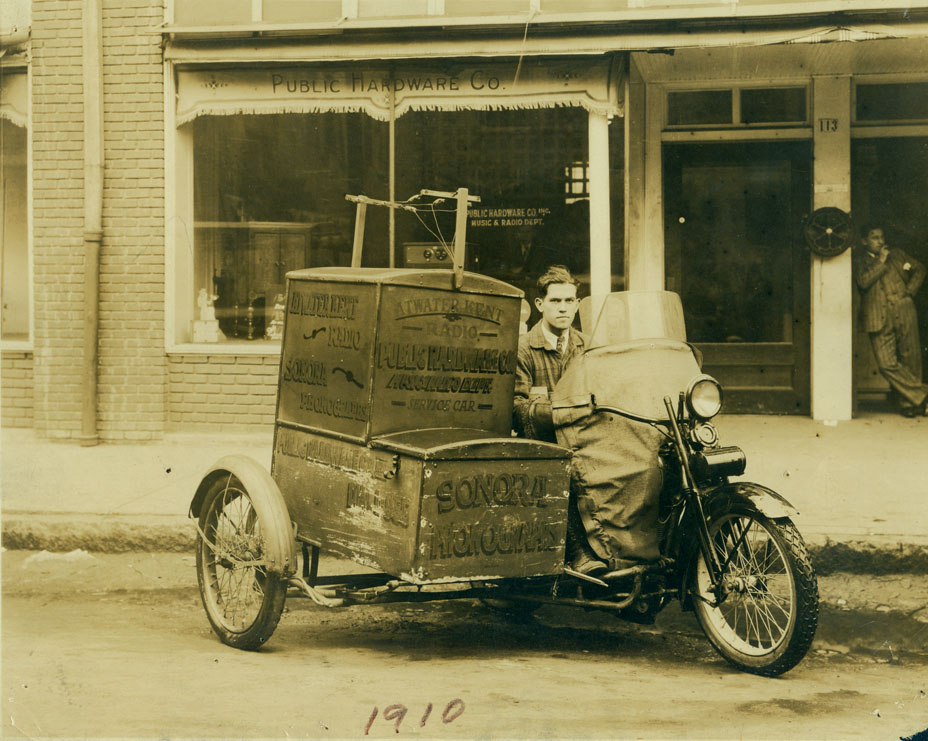 There aren't many homegrown Durham businesses from the very early 20th century that you can still patronize today, but Public Hardware is one of them. It's first location was at 113-115 East Parrish St. 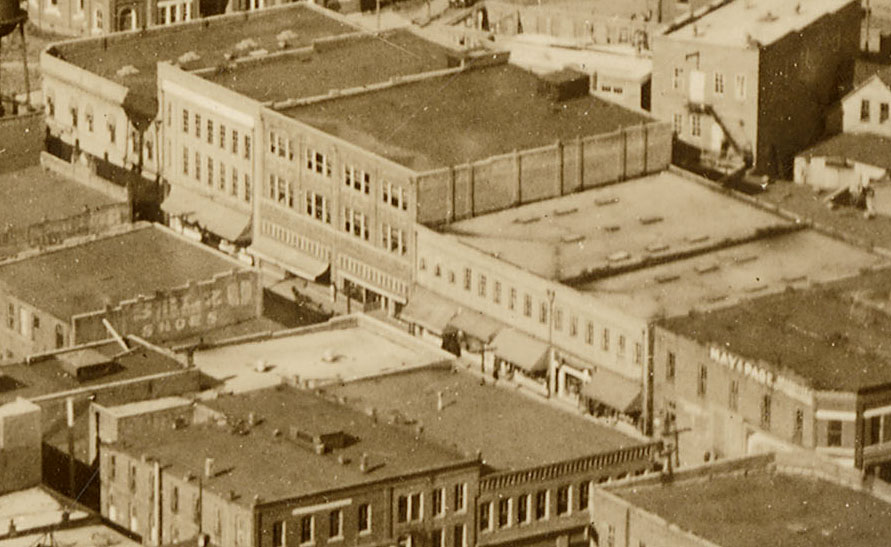 Looking northwest, 1924. Public Hardware is located in the 3-story building in the middle of the block.
(Courtesy Duke Archives)

All of its windows were bricked in/shrunk mid-century. 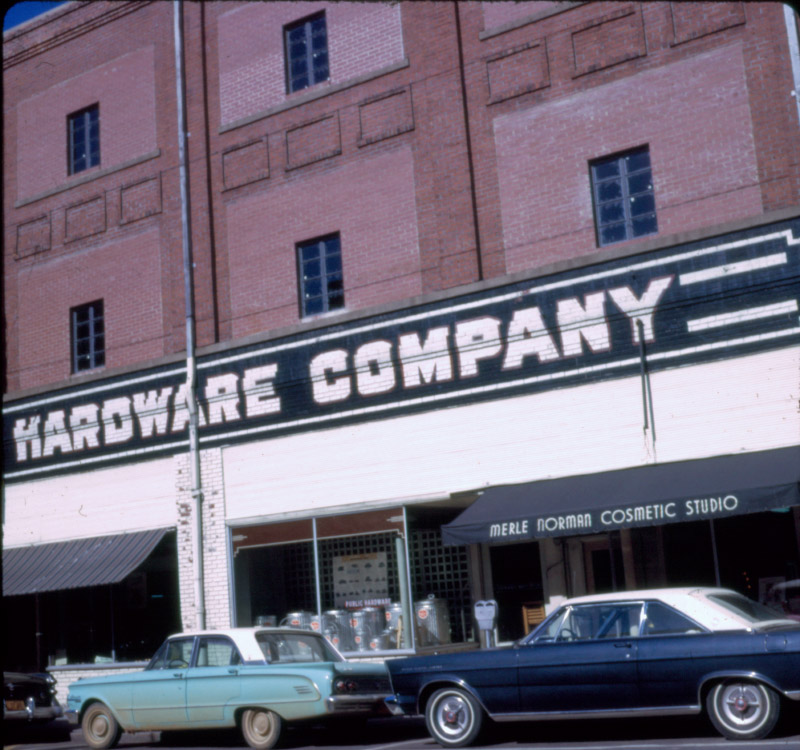 Public Hardware, and this block, survived Urban Renewal and the 1960s. 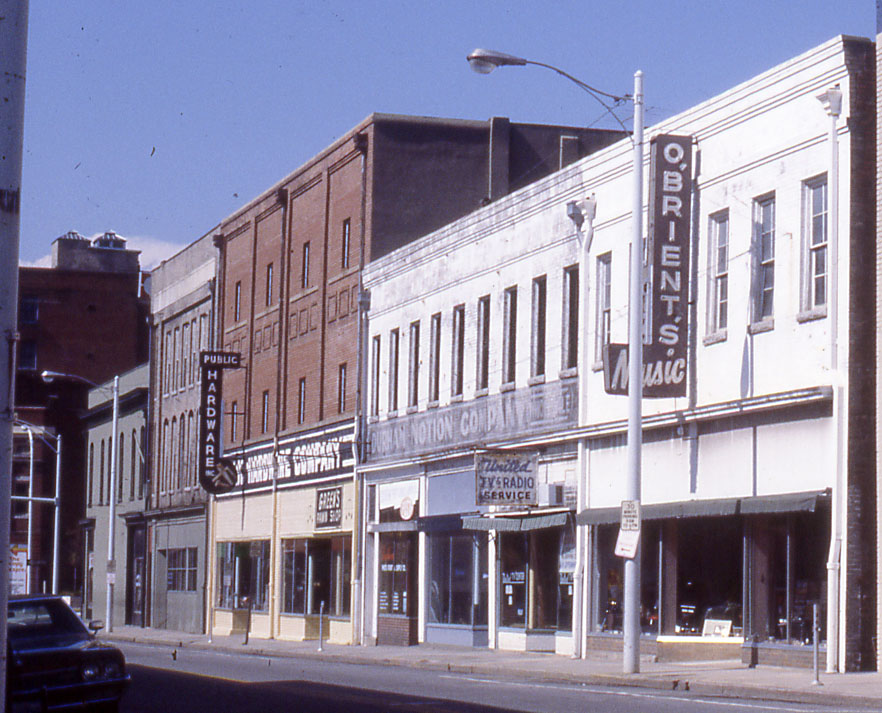 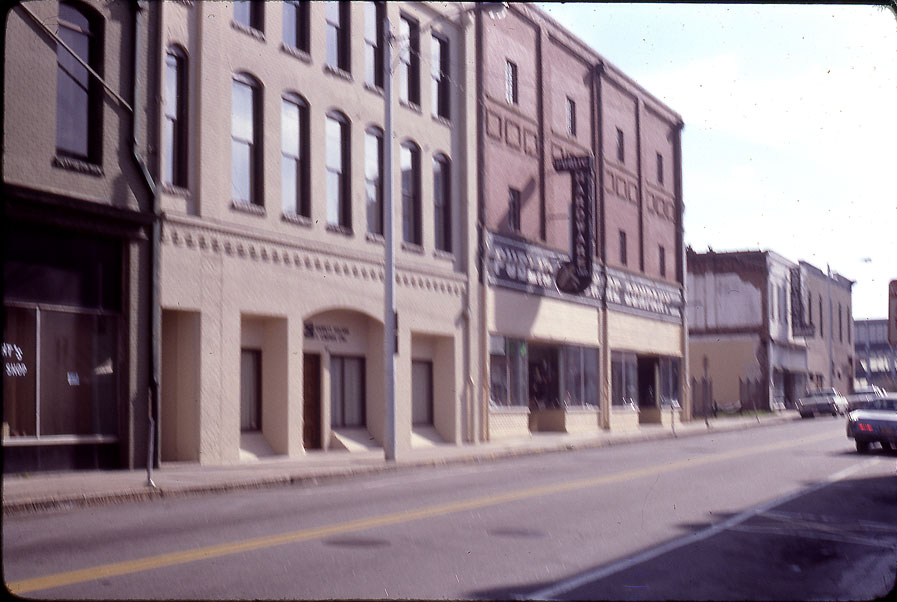 It's unclear to me when Public Hardware was torn down, but the business relocated to the west side of the 500 block of North Mangum, where it continues to provide the most quirky, genuine, non-Home Depot experience in town. It makes a very brief appearance in the movie "Bull Durham" as Kevin Costner walks down the Durham street at night, so it was after that.

This building was transformed into a lovely batch of surface parking. This particular hole in downtown is brought to you by Trinity Methodist Church. 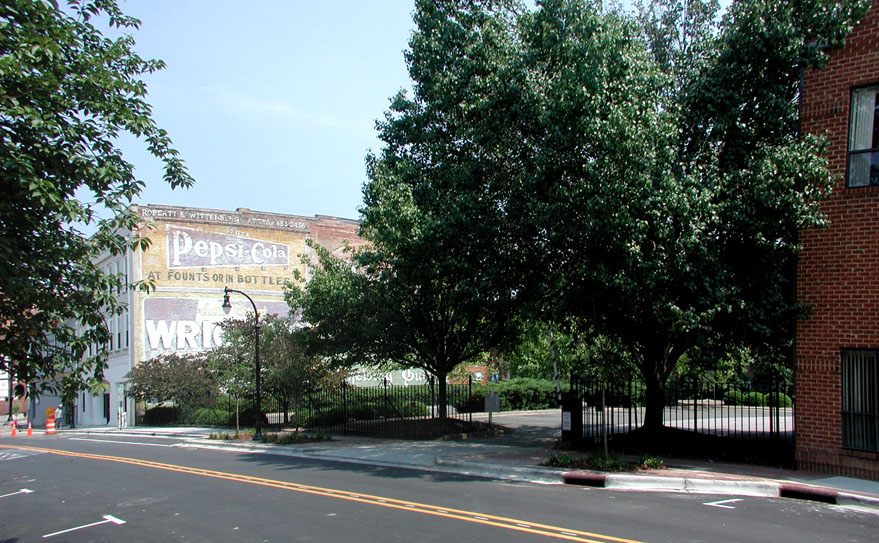 Is the current Public

Is the current Public Hardware building among these photos? If not, I can't picture it (haven't been there).

It's at Mangum and Seminary St. You can see it in the background in the last photo at this post.

Much as I like the business, it earns a C- when it comes to urban design. It's modern warehouse-style building, built with corrugated metal, I believe, and is essentially a big metal barn full of hardware stuff. At least it sits up close to the road, but the entrance is onto an adjacent parking lot surrounded by a fence topped with razor wire. I'm sure there have been times in the past two decades when that security has been necessary, but it's not necessarily inviting.

Their only weekend hours are Saturday until 3 (not sure when they open), so it kind of makes it hard to patronize them. My guess is they do their best business with small contractors and landscapers, in addition to the residents of NE-central Durham.

One of the interesting things

One of the interesting things about this parking lot is that, while I don't think I would necessarily propose it for this spot, the elements are here for a really good public space - open, yet enclosed enough to feel like sanctuary, one relatively low-volume street, active streetscape around it. This is the kind of spot that would make a great urban green space.

And don't forget that the

AnonThanks for this info - I

Thanks for this info - I don't remember that scene (it's been a 'good little while' since I've seen Bull Durham.) That helps me narrow down when it must have been torn down.

Also, you may want to either

Also, you may want to either visit or call up the folks at Public Hardware; years ago I talked to them about their old location, and they still recall a lot of info. about it (to include their 15 seconds of fame in "Bull Durham").

The photo courtesy of Durham

The photo courtesy of Durham Public Library showing the Atwater Kent "service car" has the date 1910 at the bottom. The Atwater Kent radio was not manufactured until 1922, and the model on display in the window is a model 30, which was manufactured in 1926. I was actually amazed to see an antenna mounted on top of the service sidecar. If the repairman had a working radio and two batteries in the unit, that may be the world's first motorcycle with an AM broadcast band radio. They also must have offered home service of Sonora Phonographs, as advertised on the bottom of the sidecar.