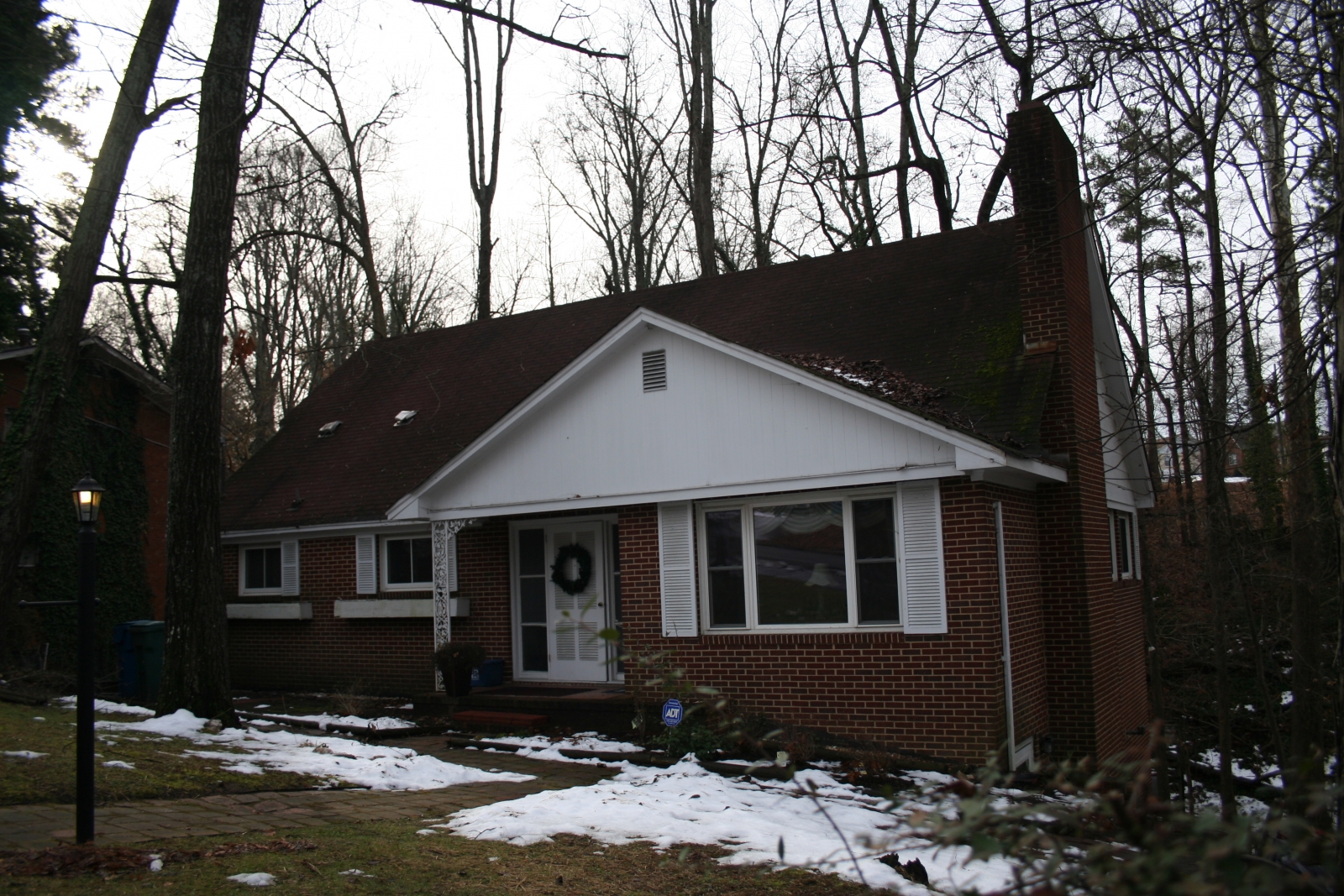 This one-story, side-gabled, Period Cottage is four bays wide and triple-pile with a projecting, front-gabled wing on the right (west) end of the façade. The house has a brick veneer, wide wood weatherboards in the gables, and paired vinyl slider windows throughout, including in the right gable. The projecting wing has a picture window flanked by double-hung windows the right end, an exterior brick chimney on its right elevation and vertical plywood sheathing in the gable. An inset porch on the left (east) end of the wing is supported by a decorative metal post and shelters a louvered storm door with wide, three-light, textured glass sidelights. The left elevation has an entrance accessed by a brick stoop and partially sheltered by a shallow, upper-level porch with decorative metal railing. The porch is accessed via an inset entrance in the gable. The site slopes to the rear to reveal a basement level. County tax records date the house to 1965 with Geneva Richardson as owner.   Mrs. Richardson, a teacher at Hillside High School, occupied the house.  The home was built by Greenberg Construction Company.

On August 1, 1983, according to deed records, Samuel Roberts, legal guardian for Ms. Richardson, sold the property to Robert F. Wallace and his wife, Rosiland M. Wallace.  Mr. Wallace is the owner of BMW Insurance and Realty Company; and Mrs. Wallace was a school teacher in Orange County.  They are the parents of one son.

The Wallace family remains the owners and occupants of this property.