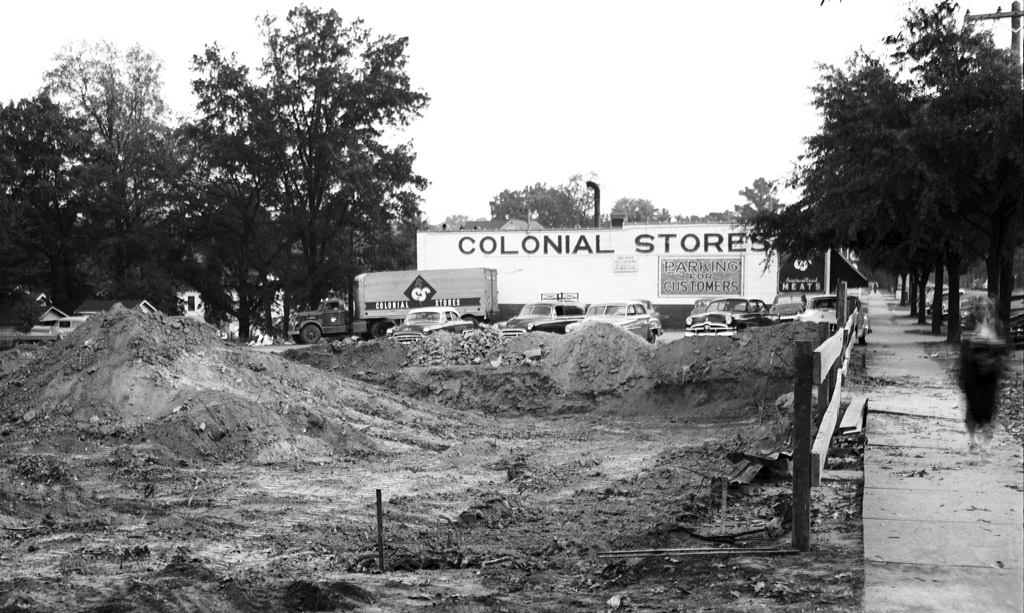 Looking south from near West Club at the north side of 1108 Broad, 10.24.53
(Courtesy The Herald-Sun Newspaper)

1108 Broad was built in the late 1930s as a storefront for the Pickard Roofing Company. By the late 1940s, Colonial Stores Grocery had moved from a smaller space next door at 1106 Broad into this building.

By 1954, Colonial Stores had built a modern supermarket to the north of this building, and the building was occupied by Browning and Garrard Pluming Company and "Rich Plan of Durham Inc. frozen foods." 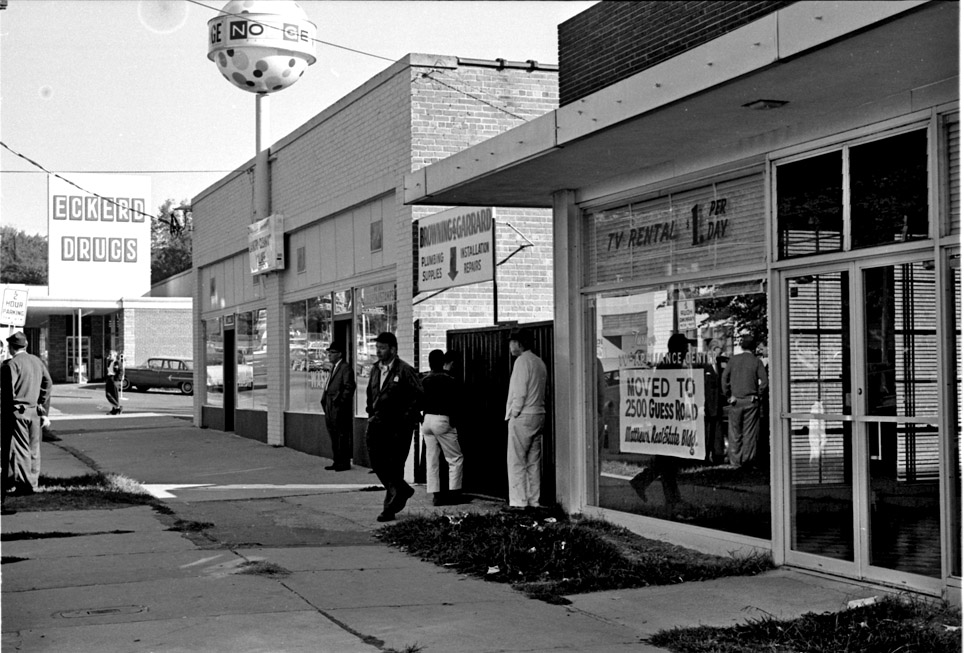 In ~1992, it became home to the now iconic Green Room, which started life in the mid 1960s across the street as the Broad Street Sport Shop. Many people think that the Green Room is far older than that in this location - its aged appearance now, and in 1988's Bull Durham (across the street) probably cemented that notion. I wrote up some memories of Durham's pool hall culture at the 1119 Broad Street post.

1108 remains the Green Room today, a well-beloved place for a game of pool. 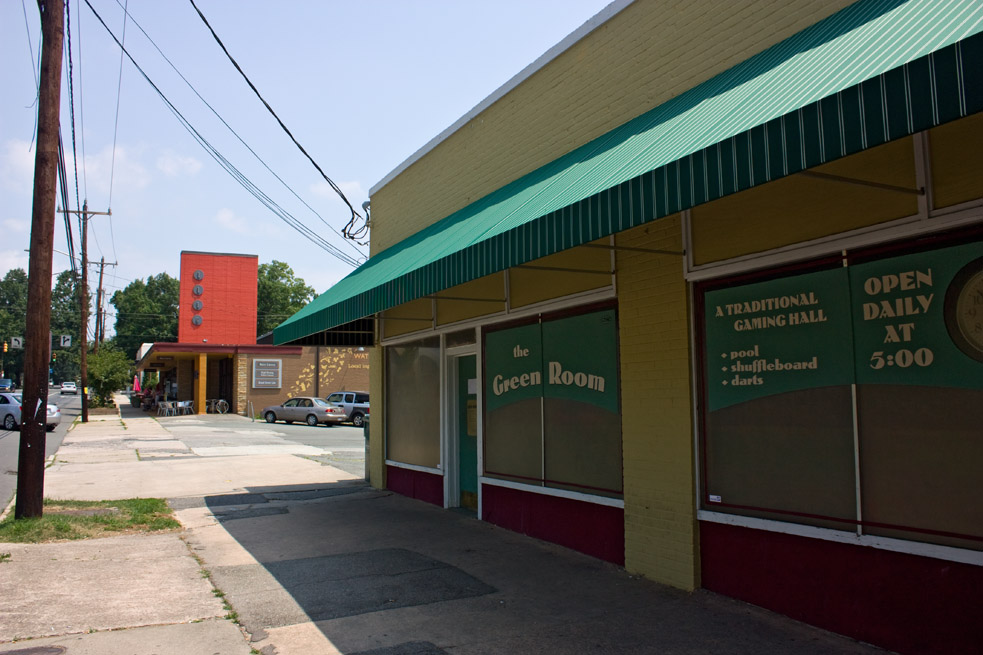 At the time the 10-20-62 photo was made, some or all of the street level portion of the building was a laundromat; I remember the odd "Norge" sign.

$1 a day for TV rental! That's quite a high price.

forget the architecture, do

forget the architecture, do you see that ghost walking down the street

The Norge sign did indeed spin. See http://www.agilitynut.com/signs/norge.html for other examples.

If you'd pulled back more on

If you'd pulled back more on the present day image, we could see how the Browning & Garrad (sp?) Plumbing Supplies space between the 1108 and 1106 buildings has been filled in. It's now the Craven Allen Gallery/House of Frames (1106 1/2). The gallery still has a lot of what appears to be the original exterior brick on the inside of the space, seen both upstairs and downstairs. The gallery also has the back portion of the building at 1106, used as a workroom. As best I can recall, Mr. Saunders of Saunders Florist owns that whole stretch of connected buildings.