109 West Parrish Street is actually the same structure as 112 West Main Street. The structure was built after the previous building on the site was destroyed/mostly destroyed in the 1914 fire. 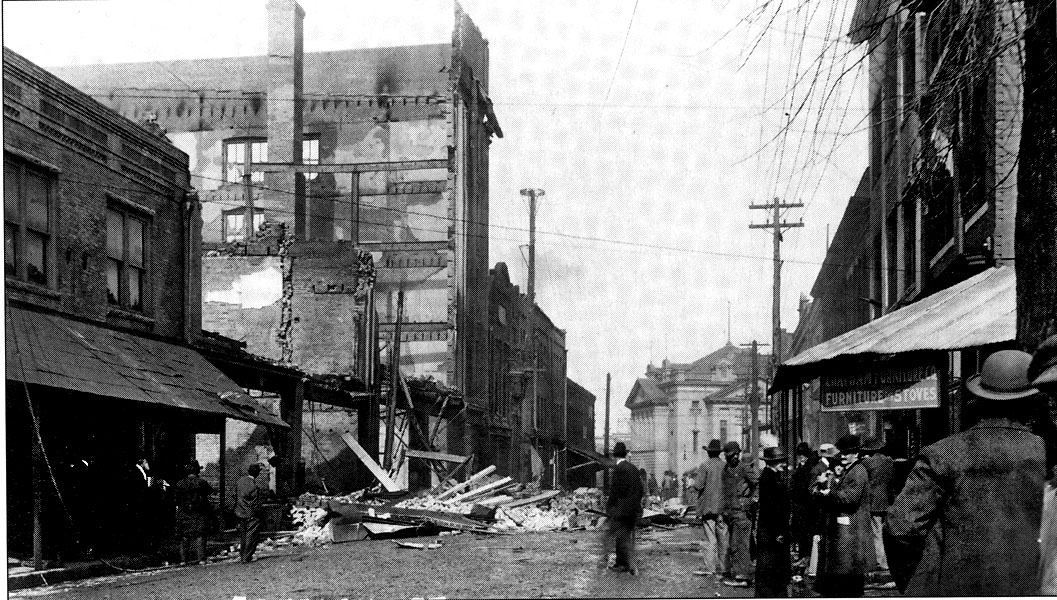 Looking west, 1914; the south side of the street is on the left. (I had not realized what an impressive terminating vista the Academy of Music once was at the west end of Parrish St. until seeing this picture.) Fairly intact 105-107 W. Parrish is to the left; 109 W. Parrish stood in the destroyed space to its right.
(From "Images of America: Durham" by Steve Massengill)

In 1923, the building housed the Durham Book & Stationery Co. 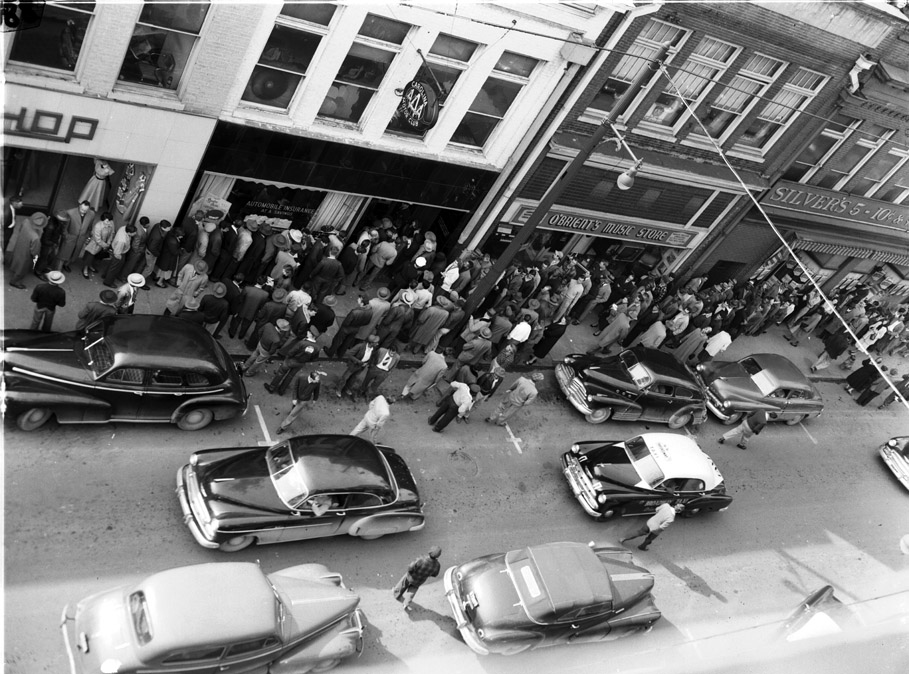 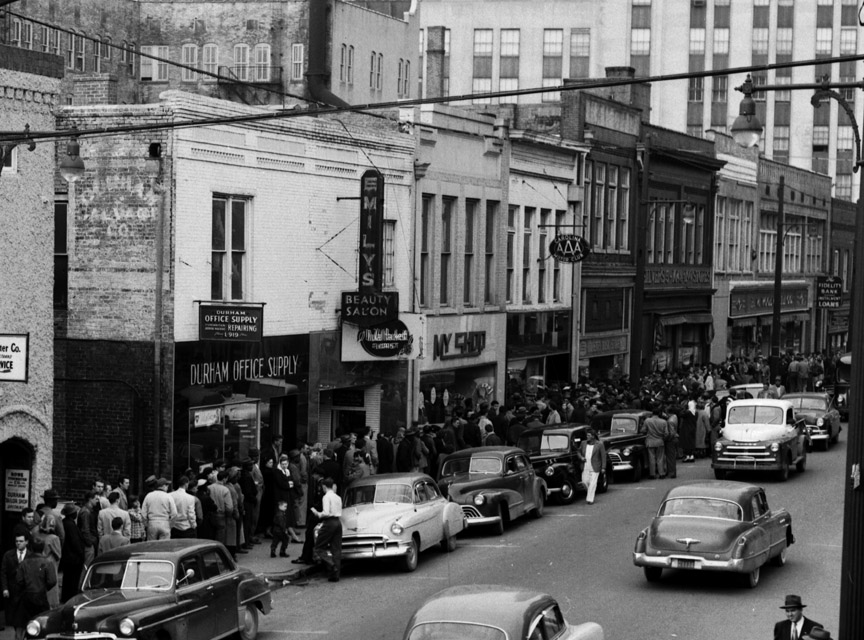 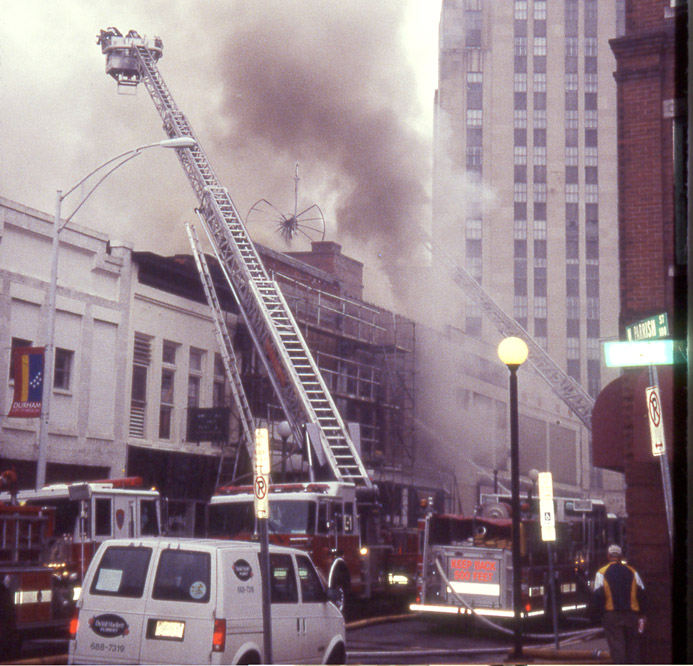 This block has been fairly unloved - the persistent abandonment of the western end of the block hasn't helped. 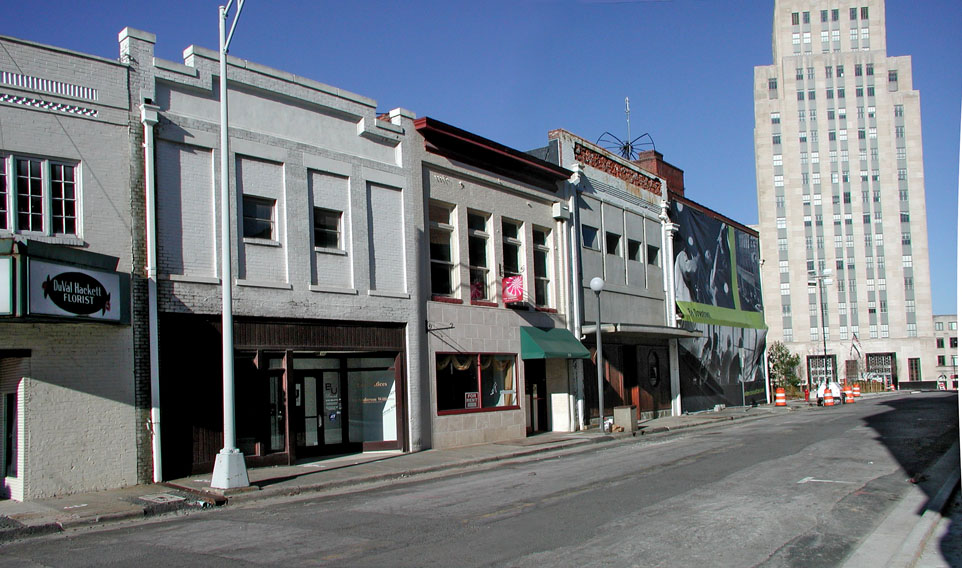 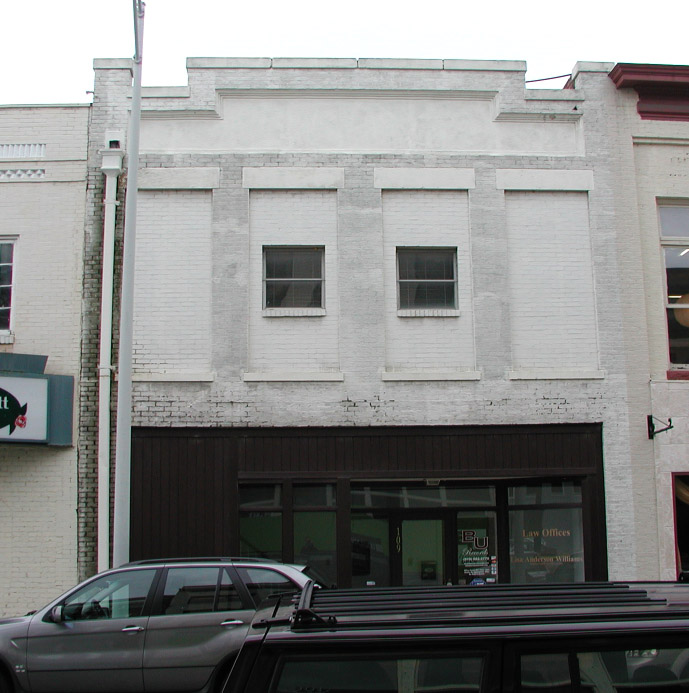 The structure has most recently (as of 2012) housed law offices and a recording studio. It would be really nice to see it get its second story windows back. 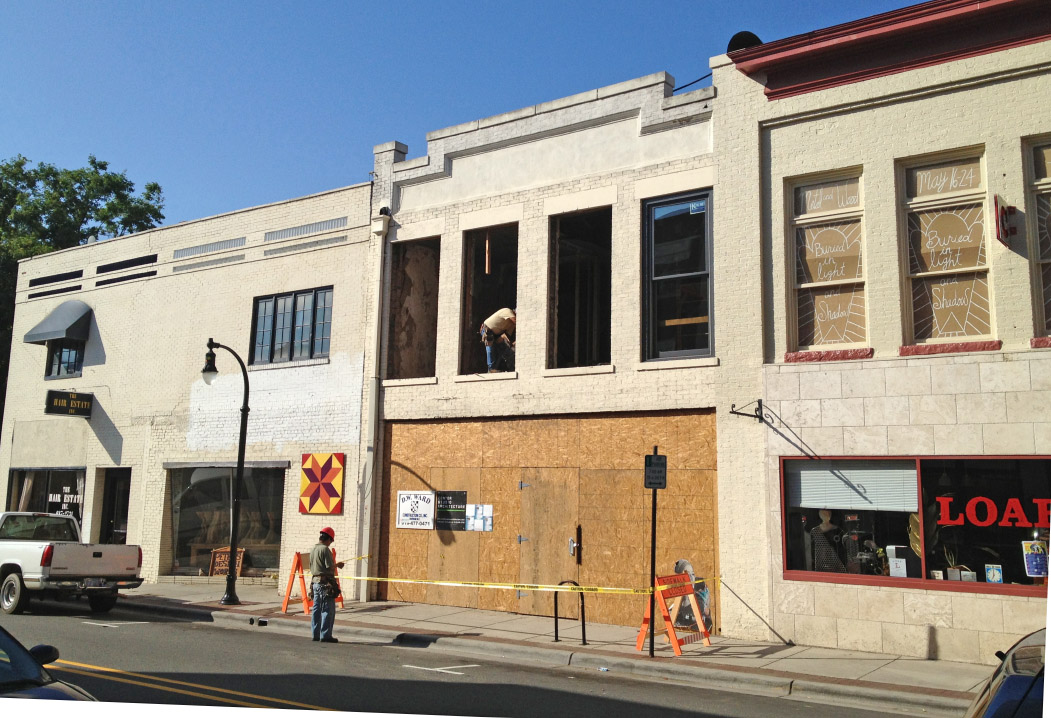 Need to mention that at the

Need to mention that at the end of that block (west) right across from CCB was Woolworth's dime store. Remember eating breakfast there (at the counter) most every morning before going to job at an insurance office on Main St. down from CCB.