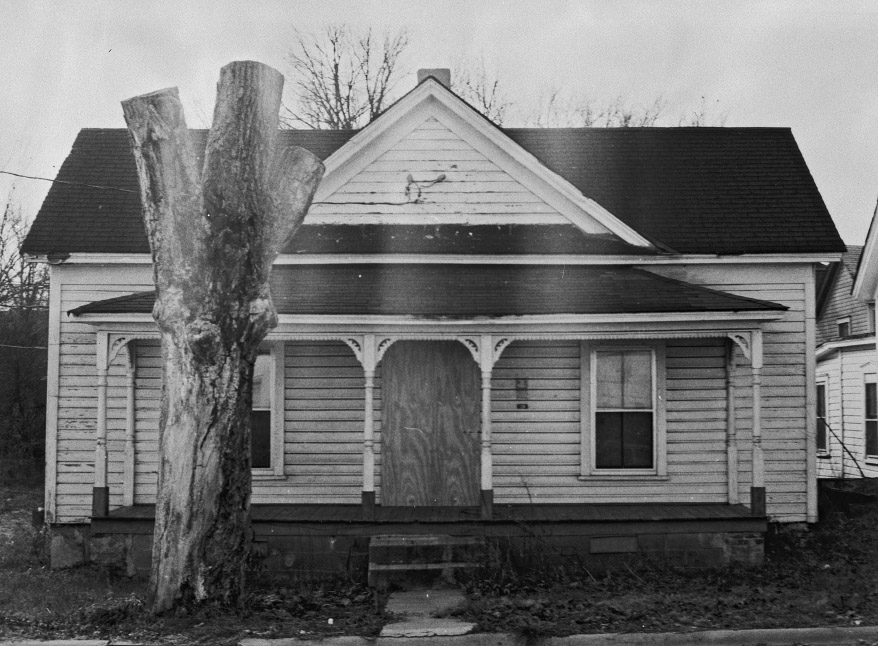 Citing Sanborn Maps, a 1988 report by the Historic American Buildings Survey of the National Park Service estimated this duplex was built in 1910-1915 and still maintained much of its original detail.  Like the nearly identical house of the same vintage at 104 E Corporation, it was slated to be "relocated within block and rehabilitated" as part of a project to rejuvenate the Old Five Points area, but it appears both were torn down instead.  A new structure was built in its place in the 1990s.