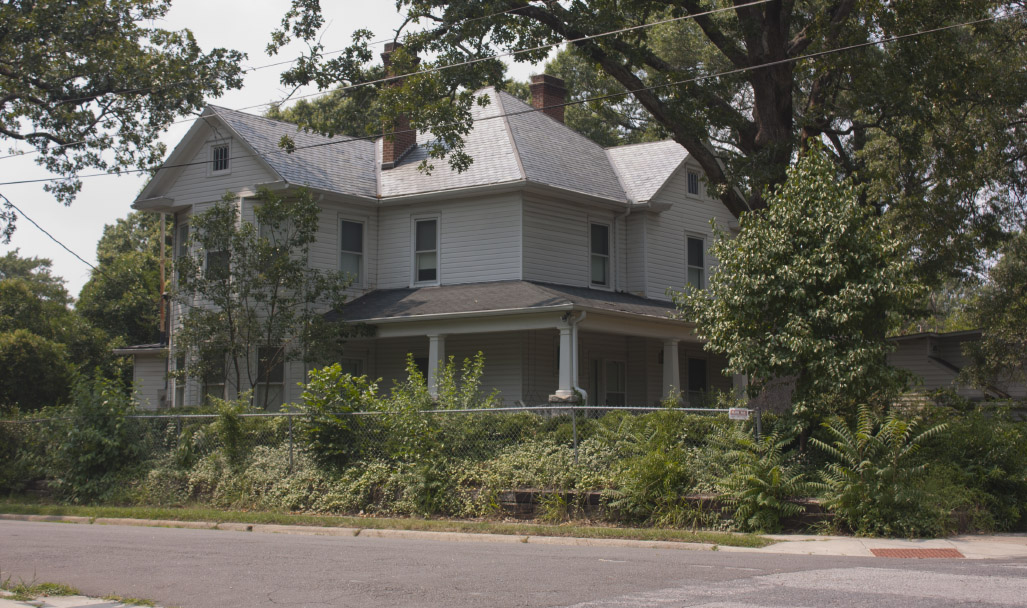 Per the Durham Historic Inventory:

"Grocer John Shepherd built this two-story frame house around 1911. Its configuration of a pyramidal-roofed coore from which two-story gable-roofed wings project prevailed throughout the late 19th to early 20th century. Decoration of the building was achieved through the sidelight and small latticed window at the entrance and the wraparound porch supported by frame pylons on stone plinths."