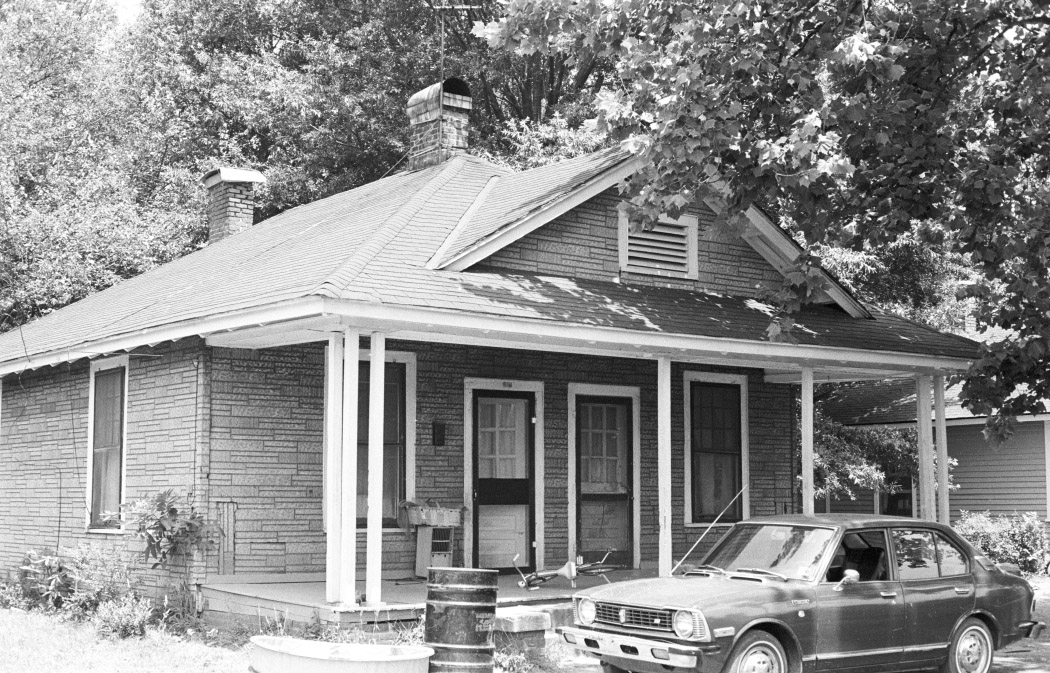 One of a few dozen houses buit by the Golden Belt Manufacturing Company for its workers in the early 20th century.  On the National Register nomination for the Golden Belt Historic District, this house was described as being built in the late 1910s.  Prior to modifications, it is said to have been virtually identical to the house two doors down at 500 Belt Street.

City directories list the residents for more than three decades from the mid-1920s through the late-1950s as millworker James Tyre Baker and his family.  As was generally the case in the neighborhood, Baker appears to have been a renter throughout this period; the property was still owned by his employer across the street. 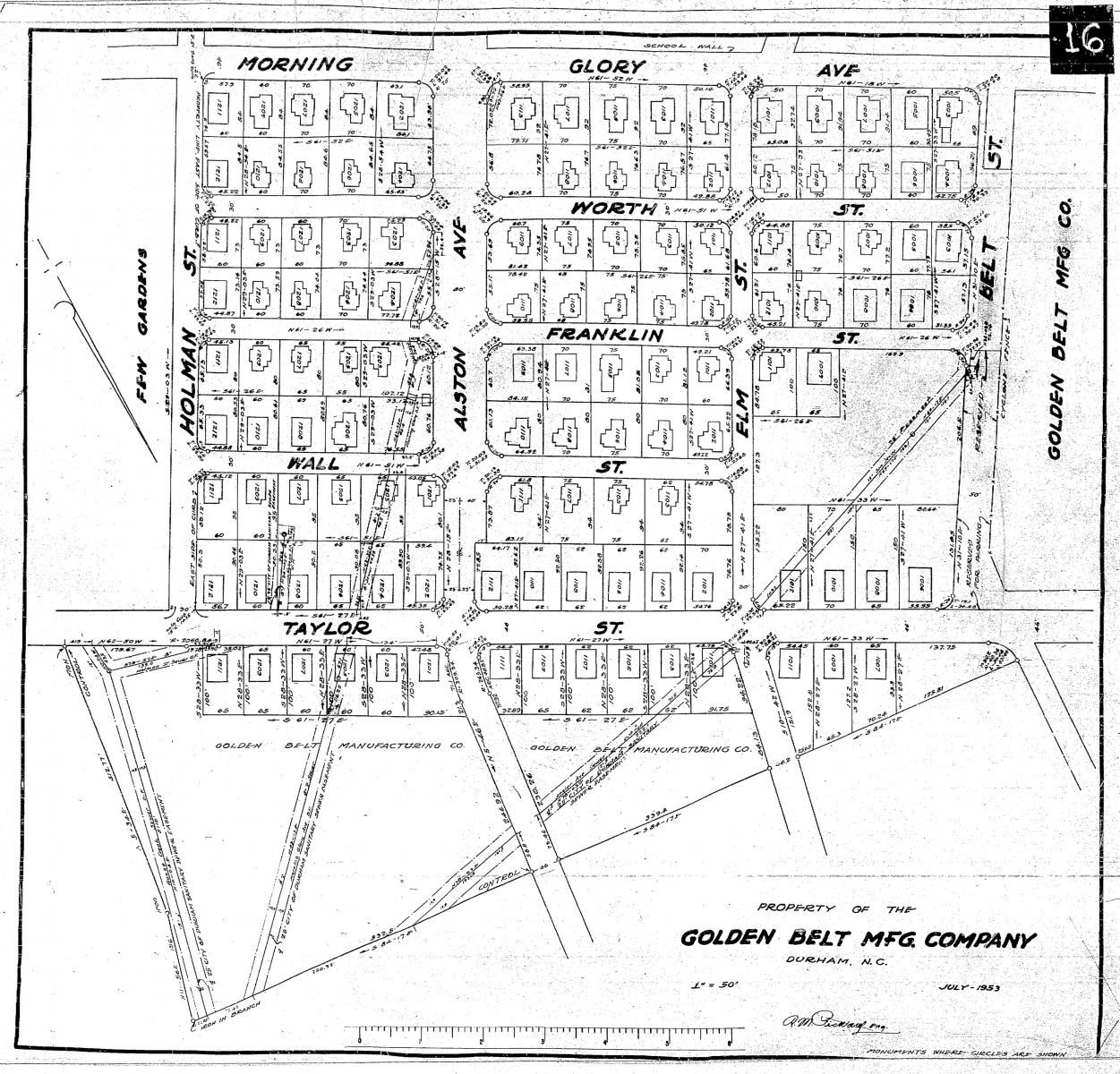 Beginning in the 1950s, however, changes in the company and Durham's industrial economy led to the sale of factory-owned mill houses.  By the mid-1960s, 1007 Taylor Street - along with two houses immediately to the west at 1005 Taylor and 500 Belt Street, neither of which remain - belonged to B.R. and Syble Cougle, who also owned a number of other houses nearby.  It appears that all three properties were rented to tenants, while the Cougle family kept ownership until 2000.  The aerial photo below shows the trio of houses in proximity to the factory on the other side of Taylor Street. In 2016, it was included as a contributing structure when the Durham City Council voted to create a Golden Belt Local Historic District.  Largely overlapping with the National Register district created in the 1980s, this created local regulations explicitly aimed at preserving the remaining mill houses during the present building boom and into the future. 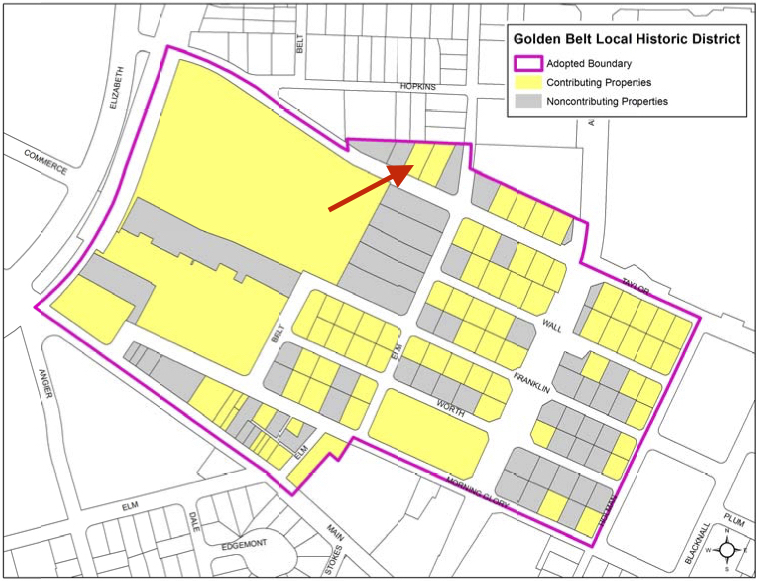 Despite restrictions in place due to this designation and apparently without seeking a permit (which could only have been denied), an unauthorized demolition of the house at 1007 Taylor Street began in early 2019.  It appears to have been halted when the owner was notified of the violation, but the building suffered signficant damage. 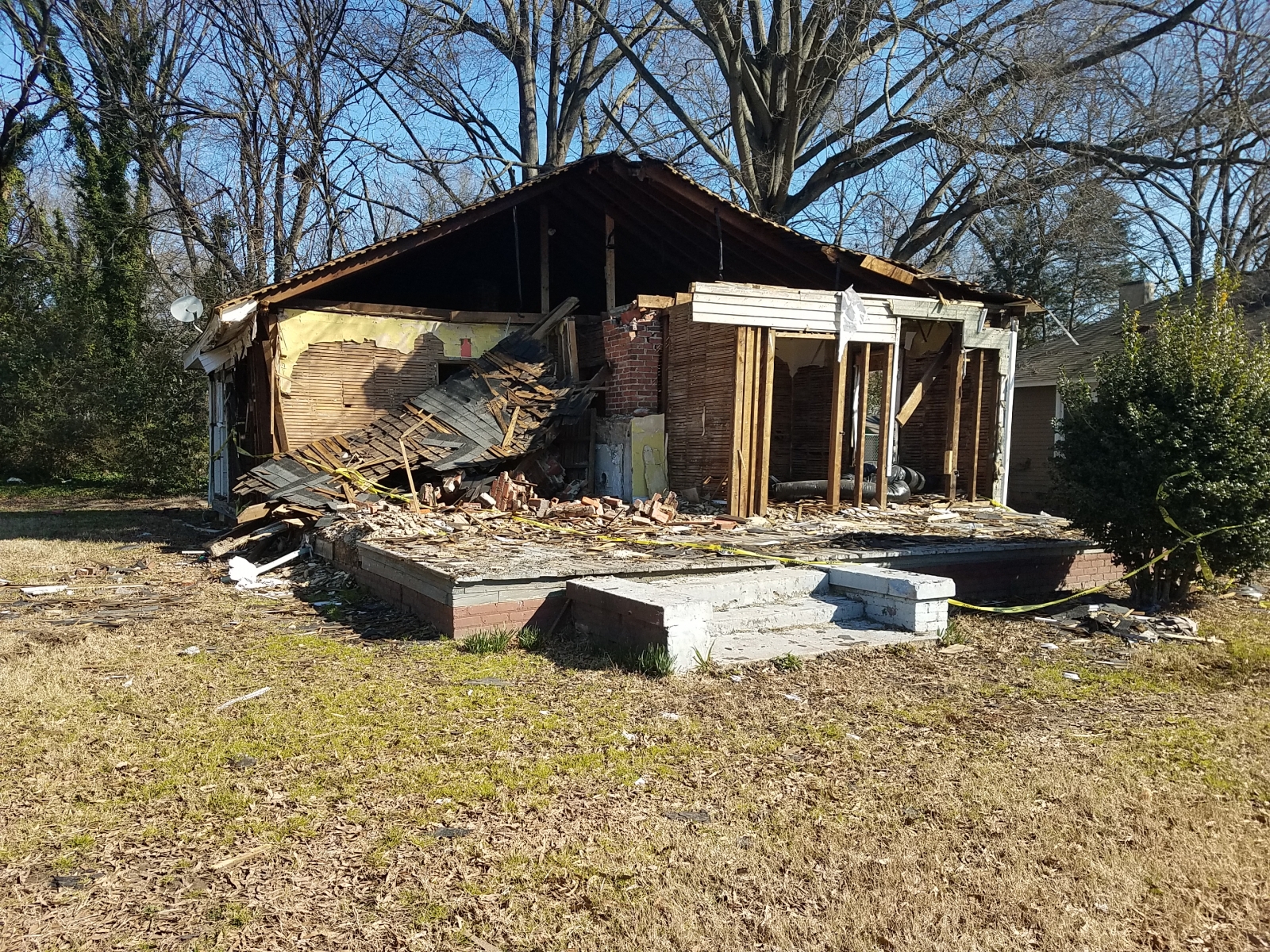