A short block from Old Five Points, this century-old house was described as "contributing to but not included" in the Cleveland Street historic district when it was created in the 1980s.  It lies just outside of this boundary as well as the adjacent Old North Durham historic district.  A photographer for the Historic American Buildings Survey captured the images below roughly three decades ago, before more recent renovation work. 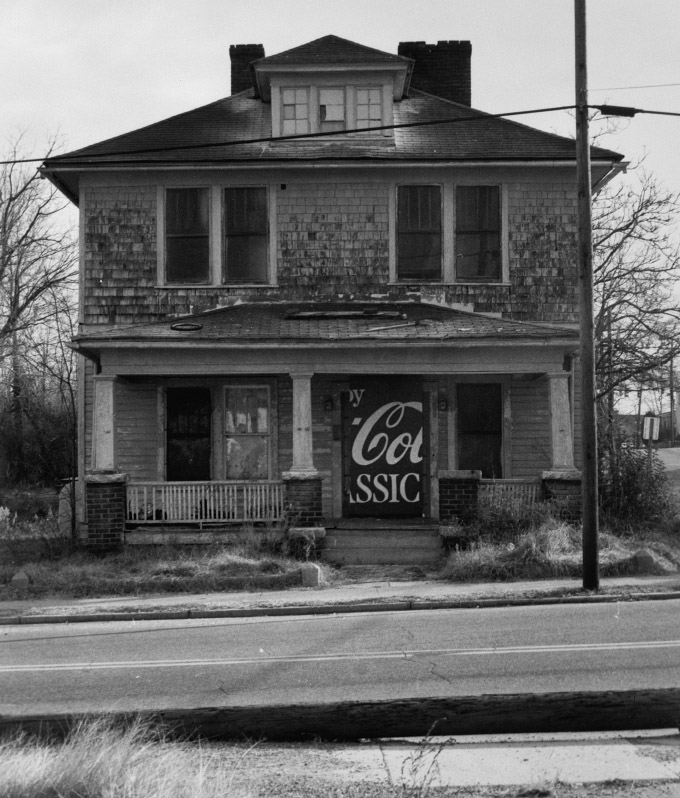 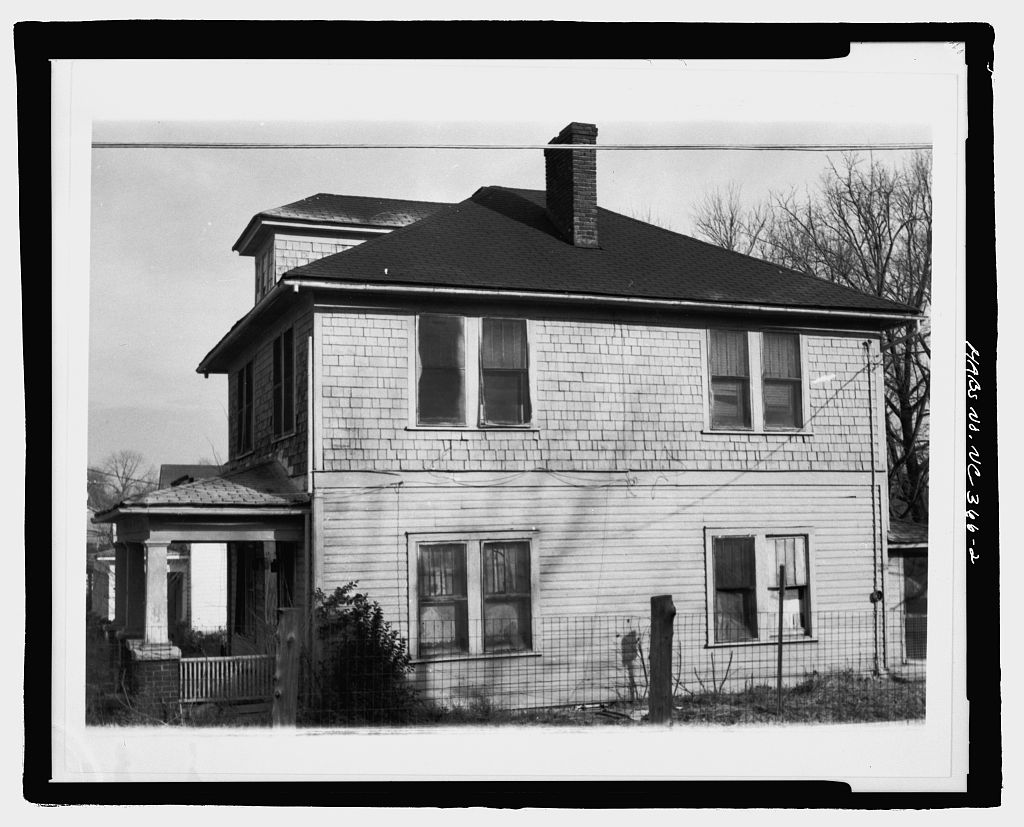 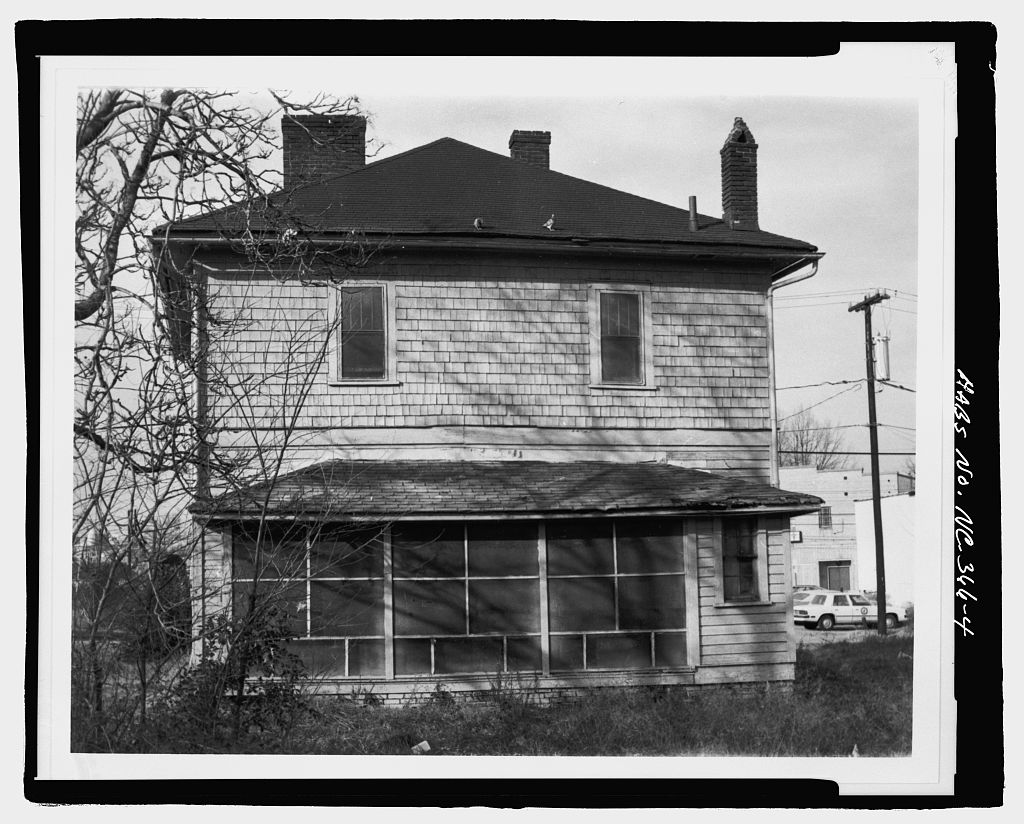 As described in the neighborhood inventory produced by Durham Tech's 1979-80 class of Historic Preservation Technology students: