1001 Monmouth in the background, looking south. Caption reads: " In only sizeable snow of the year, students walk to school on icy streets. The high school is three blocks away. Charles Amis, in the foreground, must have forgotten something, since he is heading in the wrong direction, away from school." 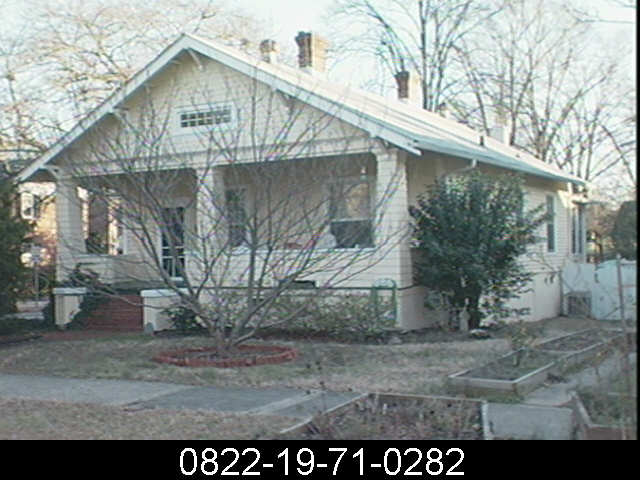