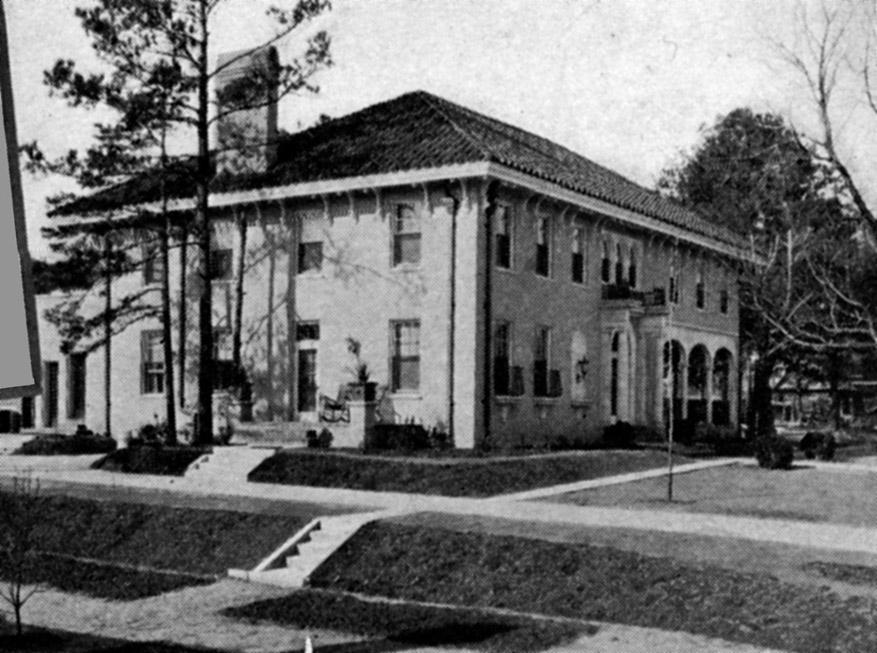 The architectural inventory describes the house as such:

Enhanced by its setting back from the street on a large lot and surrounded by mature trees, the house appears to be unaltered on the exterior. The low-hipped roof covered with terra-cotta tile, sawn brackets in the deep eaves, stone relief of swags, and the Ionic stone arcade of the recessed corner porch constitute the principal aspects of the design. The focal point of th main facade is the entrance bay with an arched entry framed by Ionic columns and pilasters bearing a full entablature and three windows above framed in stone and outline by spiraling colonettes.

Kronheimer only lived in the house a few years, as he died in 1938. 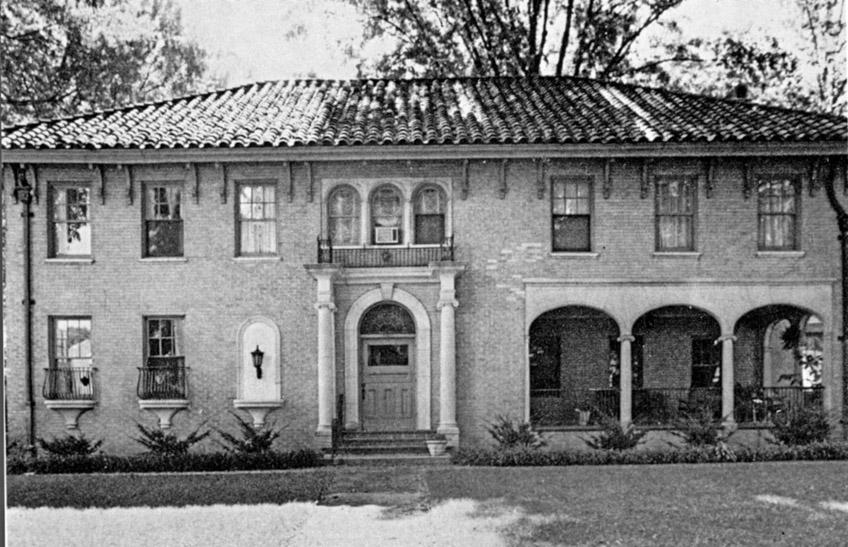 Unfortunately, I can find little or nothing in the secondary sources about Kronheimer or Kronheimer's beyond this - if anyone wishes to do the primary research to expound upon this information, please feel free to comment. 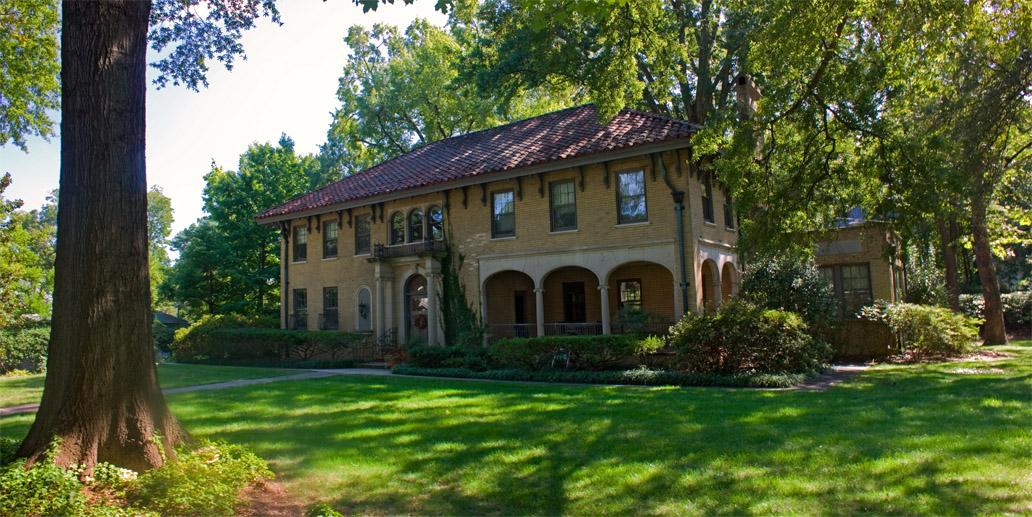 Benjamin Franklin Kronheimer was born on 01.12.58. He operated an eponymous department store in downtown Durham Kronheimer died on 12.30.58, and is buried in the Hebrew Cemetery of Richmond, VA.
Read More

I've been looking for information on the Durham Kronheimers. Fannye's daughter, Lenora/Lonnie was my father's grandmother. She had my grandmother with a Troub and that line seems to be more accounted for in my geneology.

Minerva sure has some pretty on it.

BTW: until I clicked on the map, I didn't realize that alleys in Trinity Park had numbers to them. Makes sense. I just didn't realize there was a labeling system more than "alley between Minerva and Gloria"

Interesting note about the alleys! I looked up all of them - there are a lot more than I realized:

19 Alley: not found in Google Maps

20 Alley: not found in Google Maps

22 Alley: not found in Google Maps

23 Alley: not found in Google Maps (but there is a Trail 23 off Surrey Green Ln)

31 Alley: not found in Google Maps

34 Alley: not found in Google Maps

36 Alley: not found in Google Maps

37 Alley (aka Buchanan Alley): between Carroll, Yancey, Arnette, and Morehead

I used to park my car along here when I went to Durham High. Even as a teenaged boy with absolutely NO interests in design or style, I realized this was a special house. I am curious to know what became of the Kronheimers...Any descendants? Any family or friends still in the area? Any idea what the house was like in the 1930's - 1940's?

House was designed by Raleigh architect R. Murray Nelson. Looks like it could be on Beverly Hills 90210!

I have a complete history of the Kronheimer family.Ben was my great uncle.There are many members of the family still living.They are the descendants of two of the Kronheimer daughters,Fannye and Minnie. Minnie married William Guthrie Frasier of Durham.He was the owner of Jones and Frasier Jewelry Co on Main Street.

I grew up in my family's house at 310 Watts Street around the corner from this house.  In the 1950s-1970 a single gentleman lived in the house with his butler.  I can't remember his name and everybody who would know is now gone so I can't ask.  He may have been a Kronheimer.  I know we always referred to it (and still do) as the Kronheimer house in my family.

The gentleman living in the Kronheimer home was Harry Lehman, son of Bertie Kronheimer Lehman. I think his butler was named James.

I Googled Benjamin Franklin Kronheimer and found a reference to his 1938 death in VA: http://www.lva.virginia.gov/public/guides/lcfh/nameresults1.asp?NAV=46&… I think, anyway.

Gorgeous house. What's the documentation of the architect's identity. I'm writing up a bio for ncarchitects.lib.ncsu.edu on G. Murray Nelson and would love to know.