The house was built in 1948 for Willard C. and Maude Ford.  Willard Ford operated the Ford Metal Molding Company, a successful metal fabrication business with offices in Manhattan and a plant in New Jersey.  The Fords lived in Teaneck, New Jersey, a commuter suburb north of New York.   Ford’s company made stainless steel sinks and other metalwork for homes and a host of other applications.  In 1948, the firm leased land near Louisburg, North Carolina, and began to build a new factory.  In June of that same year, the Fords purchased the lot at 2112 West Club and began construction on their new, North Carolina, home.  At the time, the government was only beginning to loosen controls on building materials after the war.  Small homes were still favored by government housing programs and lenders.  That suited the Fords.  They did not need a large house.  Their only child, Reed, was in college.

The house the Fords built at 2112 West Club is one of Durham’s earliest Ranch Style houses.  It differs from later ranches in a number of ways.  Its street face is organized symmetrically.  Later, larger ranches are famous for their rambling form, but this small house presents a perfectly balanced facade to the street.  This balance gives the design a compelling clarity not always present in other houses.  That clarity is enhanced by the house’s uniform limestone cladding.  Stone accents on Ranch Style houses are not unusual, but stone is expensive and people who can work with it are hard to find.  An all-stone Ranch is very unusual.

Another unusual feature of this house is its Art Moderne decoration. [...] The big picture window at the rear is a feature of Ranch Style houses. [...] On the other side of the house are the remarkable kitchen and generous pantry and utility areas.  This kitchen is at the front of the house.  It is not a service area.  It is meant to be seen.  [...]

The Fords lived in their Durham home only one year.   A legal dispute over the lease on the new factory site in Louisburg was resolved against the company.  The Fords sold their house in 1949 and returned to New Jersey.  The sales price was $22,750 – at the time an impressive sum for so small a house. In 1954, the house was purchased by Max and Sarah Swartz.  Max Swartz and his brother Henry were partners in Swartz & Sons, the scrap and junk business their father Sam Swartz started in Durham in 1904. 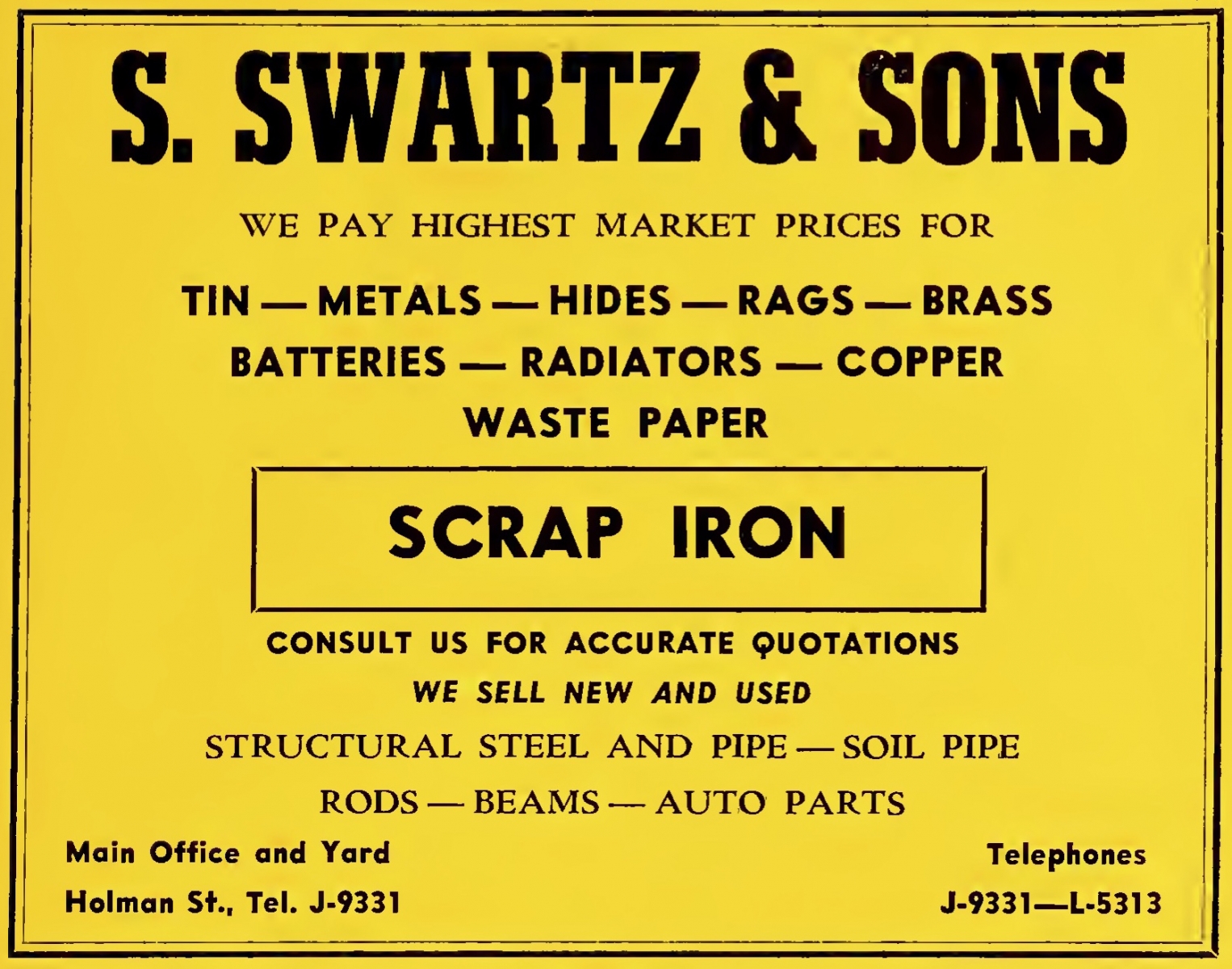 (From the 1950 Durham city directory, the Swartz scrap business was on the site of the former Commonwealth / Morven Cotton Mill)

The house at 2112 Club was their home for nearly forty years.  Sarah died in 1991 and Max died in 1992.  They are buried in the Hebrew Cemetery at Maplewood in Durham.

Seventy years of successive owners have recognized that the little Ranch house at 2112 West Club Boulevard was built to be a modern showplace – a model of its style.  They have loved and cared for the house as they found it and passed it on unchanged.

A previous version of this page referred to information collected in the Watts-Hillandale National Register Historic District application to name this house after Mrs. Iolene Roush, based on her listing in the 1950 city directory.  Mrs. Roush was indeed the owner of the house between the Fords and the Swartz family, from about 1949 to 1954.  She is listed as proprietor of a Textile Store at 105 N Mangum - in the row of shops that once stood on the west side of Mangum between Main and Parrish. 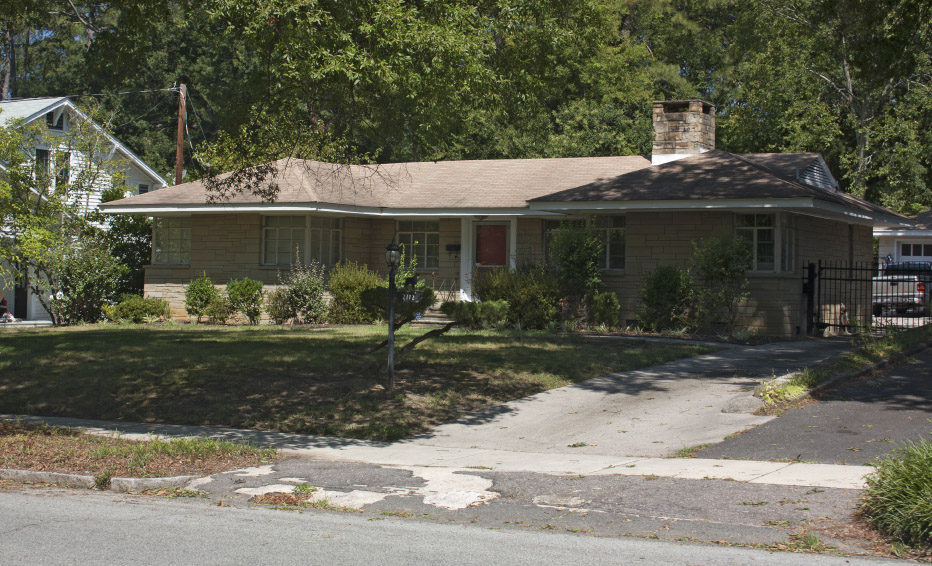