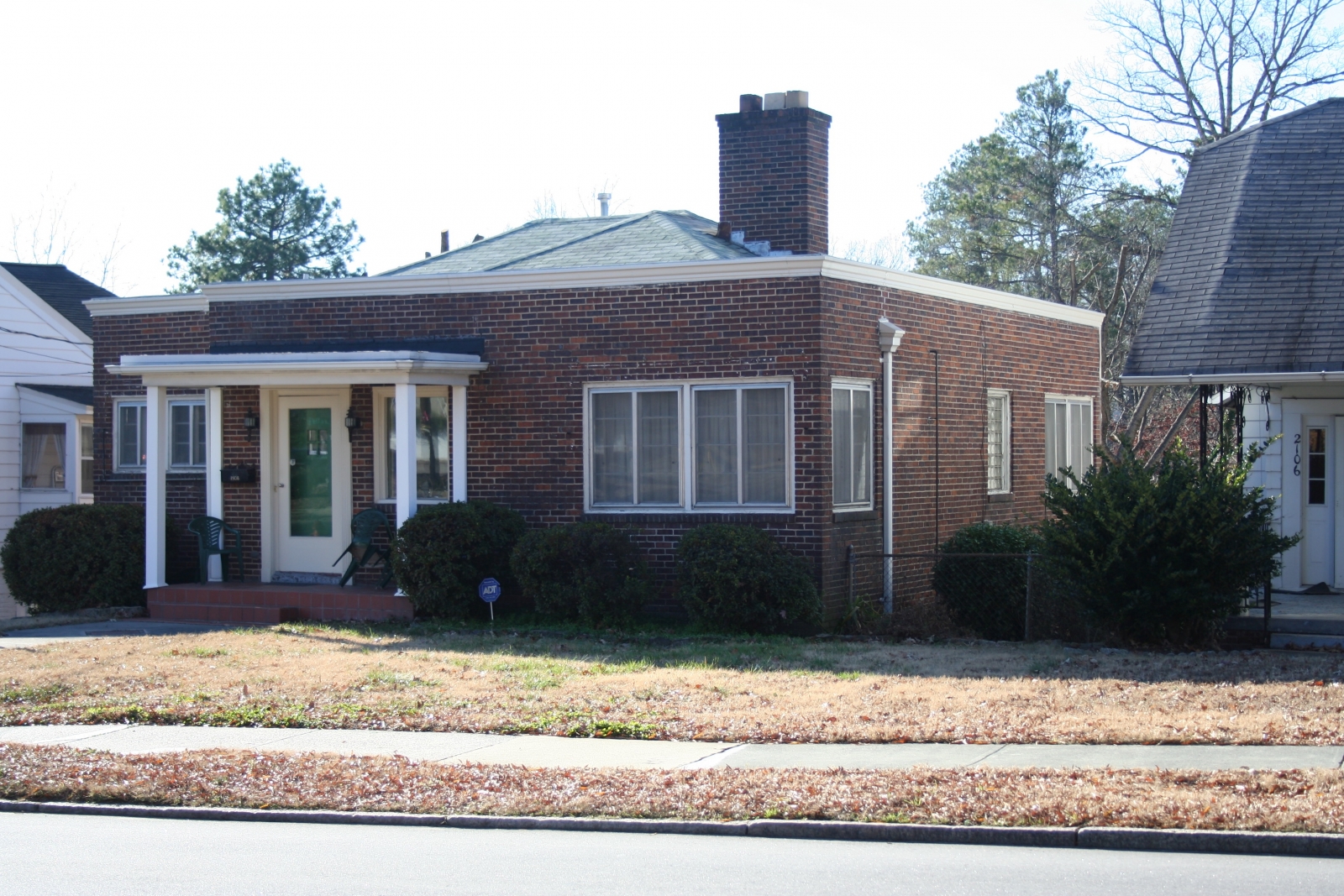 From the National Register Historic District description, where it is listed as a "non-contributing property" because of modifications made in the 1970s:

This one-story, hip-roofed house was significantly altered in the 1970s with the construction of a flat-roofed brick wing that extends across the façade and wraps around the north and south elevations of the house, fully obscuring the original building. The original part of the house appears to be a hip-roofed building with an interior brick chimney and projecting hip-roofed bays on the right (north) end of the façade and at the right rear (northwest). The flat-roofed brick addition follows this form with the right three bays projecting to wrap around the original projecting front bay. The brick wing has paired metal-framed casement windows and a glass block window on the right elevation. The entrance, located near the center of the brick wing has a solid door with four lights and is sheltered by a two-bay-wide, flat-roofed porch supported by square wood columns. A fixed one-light window is located immediately to the right of the door. County tax records date the house to 1940 and the earliest known occupants are Earl A. Carter, an agent at NC Mutual Life Insurance Company, and his wife, Irma S. Carter, in 1940.

On September 30, 1948, E.A. Carter and his wife, Blanche K. Carter sold the house to G.W. Cox, Jr. and wife, Rosemond Hogans Cox.  Mr. and Mrs. Cox were employed by N.C. Mutual Life Insurance Company as well.  They filed their house as a living trust.  They have two children.