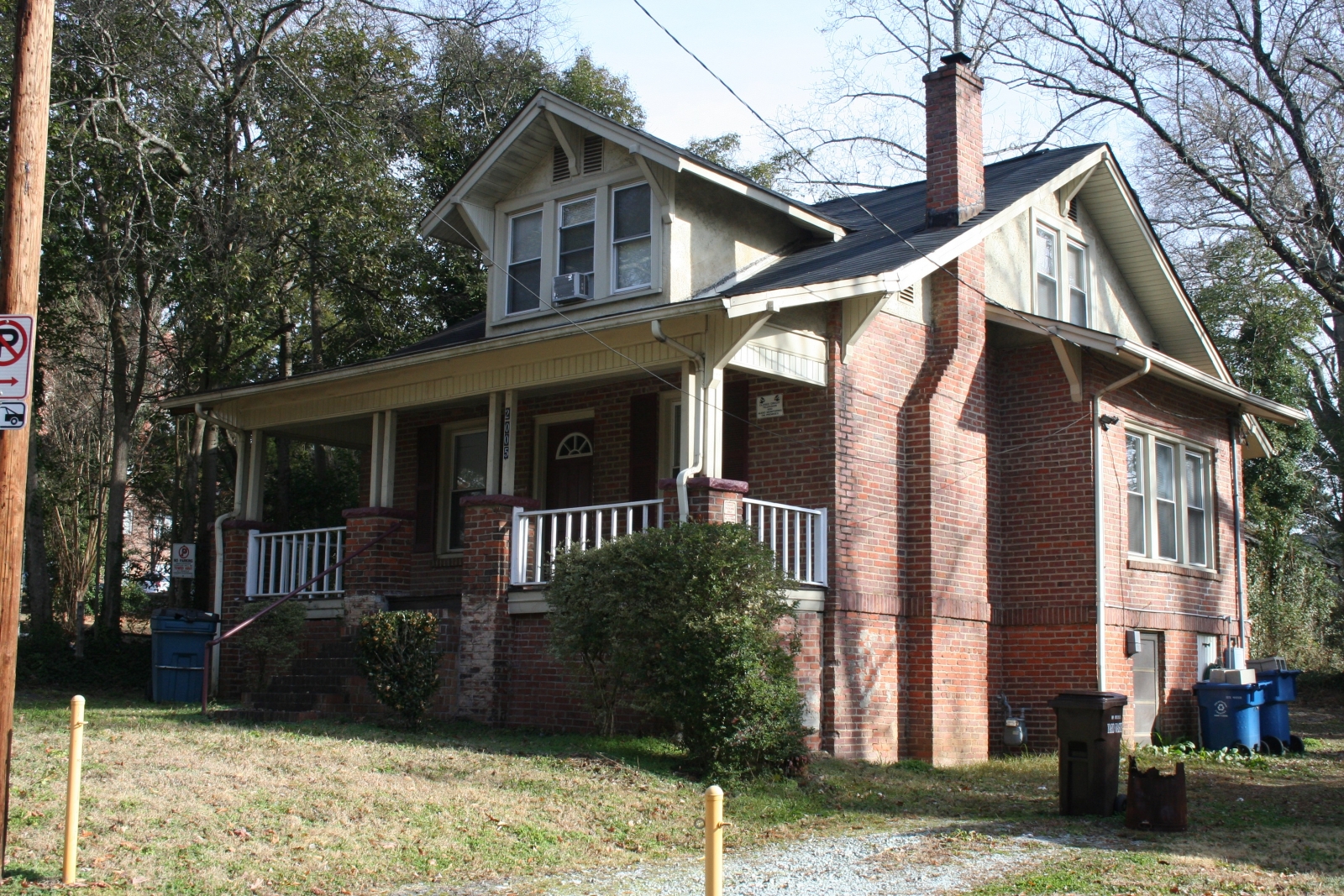 This one-and-a-half-story, side-gabled bungalow is three bays wide and triple-pile with a brick veneer, stucco in the gables, vinyl windows, vinyl-covered brackets, and vinyl soffits. The replacement door is centered on the façade and sheltered by an engaged shed-roofed porch supported by grouped wood posts on brick piers with a replacement wood railing. A gabled dormer centered on the façade is covered with stucco and has a group of three windows. There is an exterior brick chimney on the right (south) elevation and behind it is a projecting, shed-roofed bay with a group of three windows. The left (north) elevation has paired windows in the gable and an engaged porch at the left rear (northeast) that is supported by brick piers and enclosed with vinyl. The earliest known occupants are John Morse, a carpenter, and his wife, Mattie Morse, in 1928.

On February 1, 1925, A.W. Grady and his wife, Lena, sold this property to W.G. Pearson, a well-known educator and philanthropist with several buildings named in his honor.  Mr. Pearson sold the property to John Morse and Mattie Morse on September 1, 1927.  There was not a listing in the City Directory.  The property was conveyed to Central Investment Corporation on December 10, 1934.  Beverly Hill, formerly Beverly Jones, dba Value City Plus  took ownership on Septemer 1, 2004.  According to the 1962 City Directory, the resident was Alease Singletary.  John K. Greene became the owner on June 26, 2009.

This house has been vacant for several years.