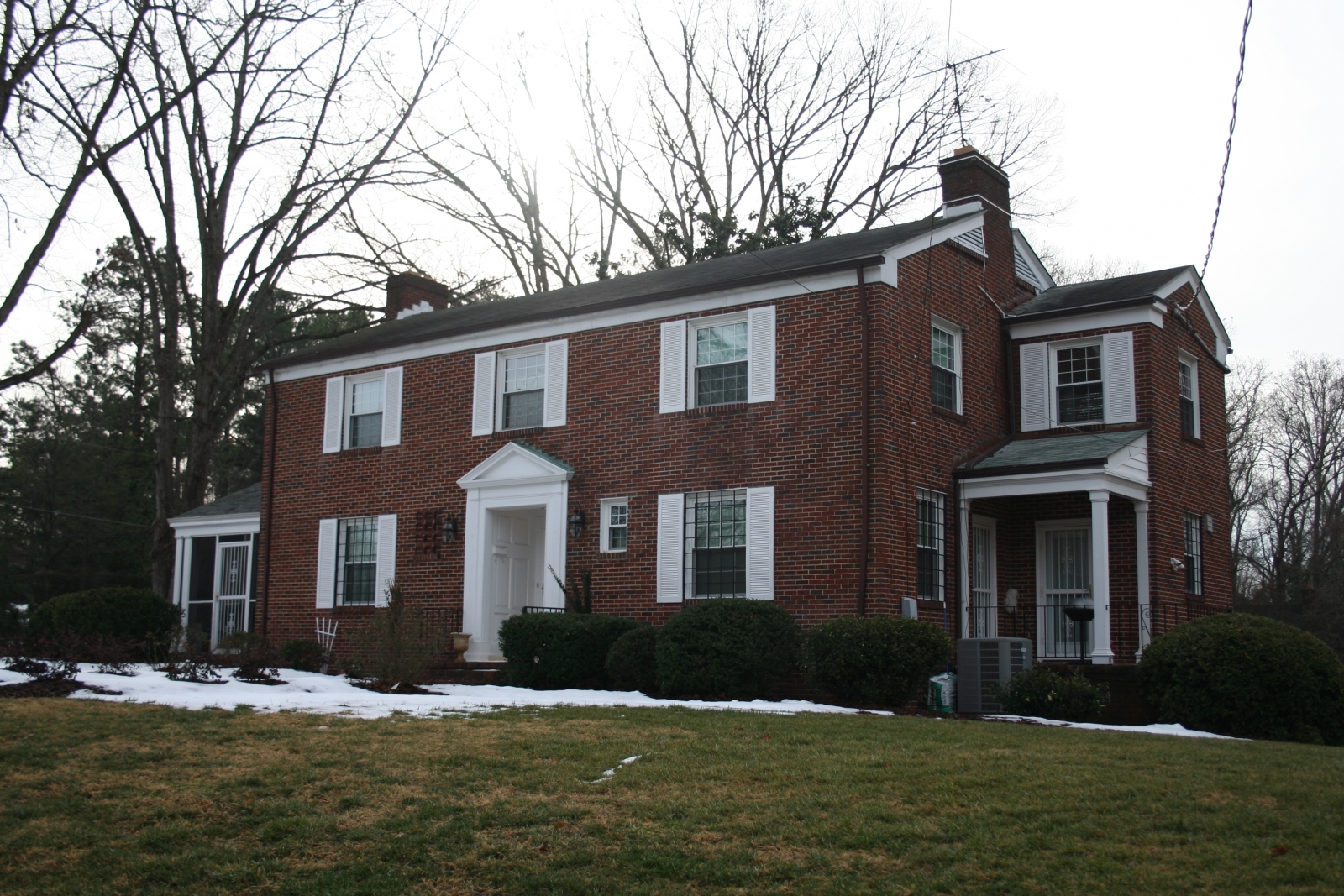 One of only a few two-story buildings in the district, this Colonial Revival-style house is the most stately house on Masondale Avenue. The house is five bays wide and double-pile with a brick veneer, flush eaves, and a wide, flat fascia board. The house has replacement vinyl windows throughout, an interior brick chimney in the right (west) gable and an exterior brick chimney in the left (east) gable, each flanked by louvered vents. An inset, paneled entrance bay, centered on the façade has a classical surround with flush pilasters supporting a pediment. It shelters a two-light-over-four-panel door. A small window to the right of the entrance is balanced by a decorative brick panel of the same size to the left of the entrance. A two-story, side-gabled wing on the right elevation aligns with the rear of the building and has a shed-roofed porch on its front, supported by square columns and sheltering entrances on the front of the wing and the east elevation of the main block. A one-story, side-gabled, screened porch on the left elevation is supported by grouped square columns and has vinyl siding in the gable. A two-story, hip-roofed wing is centered on the rear elevation. County tax records date the house to 1949 and the earliest known occupants are John L. Stewart, later president of NC Mutual Savings & Loan Association, and his wife, Otelia J. Stewart in 1950.